How Chipotle's Big-Budget Video Blew Up in Its Face 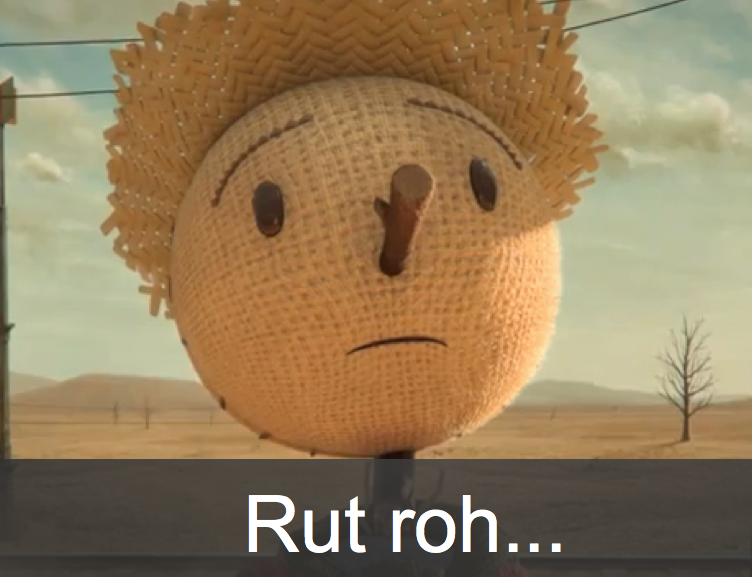 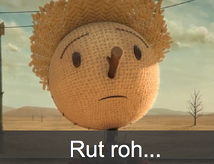 A lot of us who work in marketing dream of making a video that goes super viral. The odds of this actually happening, as we all know, are really small. But here's the thing. Even your video blows up and gets huge, this might not be a good thing.

For one thing, does making a hit video mean you'll sell more of whatever it is your company makes? Not necessarily. Worse yet, a big high-profile video carries with it a huge amount of hidden risk -- as the marketing team at Chipotle found out recently in a classic case of "be careful what you wish for."

The risk you're taking with a big high-profile video is that you will engender a backlash and give people an opportunity to bash your brand. One example is a video you might have seen recently, made by Chipotle, the Mexican food brand. It's called "The Scarecrow," and it's not your typical corporate video.

It feels more like a short animated film, like something Pixar or Britain's Aardman Animations might make, with a soundtrack featuring Fiona Apple singing a haunting version of "Pure Imagination," the song from the 1971 Willy Wonka & the Chocolate Factory movie.

The film is a kind of parable about industrial farming and animal cruelty. The main character, a scarecrow, works in a big food factory run by evil robotic crows, where cows and chickens suffer various miserable fates. After a day of work, the scarecrow returns to his little farm in the country, where he has a bright idea of harvesting fresh vegetables and making healthy food. The next day he returns to the city and opens a burrito stand, under a sign that reads, "Cultivate a Better World."

The idea being conveyed here is that Chipotle is the scarecrow -- a nice guy who comes to his senses and wants to make the world a better place. Chipotle claims it uses fresh ingredients and cruelty-free meat, and thus stands apart from all those other big evil fast-food places selling fake food, or genetically modified food, or meat filled with hormones, or whatever.

The video was hailed when it came out as a brilliant piece of filmmaking, which it is. Within weeks it racked up more than 6 million views -- a marketer's dream.

But then trouble struck, because, well, let's face it, this is Chipotle, and Chipotle is a big, publicly traded corporation with a $12 billion market value. (McDonald's was the majority owner for a time). And while Chipotle does in fact make an effort to buy better meat than other fast-food chains, the reality of its food sourcing "falls short of the film's ideals," as Elizabeth Weiss writes in The New Yorker.

That was only part of the beat-down that Chipotle has taken, and probably the most polite one.

Funny or Die made a vicious parody that uses the same video but overlays a different version of the song. Instead of "Pure Imagination," the song is "Pure Manipulation." Lyrics like these:

Come with us, and you'll be in a world of pure imagination./ With an ad made for you, by a giant corporation./ We'll begin, drop you in, to a great high-budget animation./ What you see will be pure manipulation./ We can say what we want in our world of pure imagination./ Just pretend we're your friends./ It's what we want you to believe./ We control the message cleverly./ We can hide the truth./ There's nothing to it./ Just engage with our brand and make sure to follow us on Twitter.

Writing in Salon, David SIrota bashed the film as "'vegetarian' bait-and-switch," and "chicanery," pointing out that in the movie the scarecrow doesn't use meat in his burritos, just nice fresh shiny vegetables from his garden. Sirota called it "a deceptive attempt to appropriate the morality of vegetarianism and ascribe it to meat-based business."

In the Washington Post, Alexandra Petri describes a friend whose reaction to the movie was this: "That doesn’t make me want to eat Chipotle. That makes me want to curl up in a vegan coma and never eat again.” In other words, now when I think of Chipotle, I think about abused animals. Nice work!

Then came backlash from people in the agriculture business, who felt the movie unfairly depicted them as a bunch of greedy animal abusers. Diana Prichard, a hog farmer and blogger, used her blog, Righteous Bacon, to blast Chipotle for mocking farmers, and getting its facts wrong, and being greedy, unethical attention-seekers.

"Chipotle thinks its marketing department is qualified to teach you about agriculture," Prichard writes. She also points out that Chipotle has been having a hard time sourcing high-quality ingredients, and so insulting farmers may not be such a great idea when instead Chipotle should be trying to win them over.

Here's another angry post from an agriculture blog, and then another one which contains the following nugget pointing out some hypocrisy on Chipote's part:

In fact, while Chipotle brands its fare “food with integrity,” that label seems to come with some fine print. Chipotle on the one hand bashes farms that use antibiotics, yet, on the other, is all too happy to sell meat that was raised with the use of antibiotics if there’s a supply shortage.

Was This a Marketing Win? Or a Disaster?

As Oscar Wilde once wrote: "There is only one thing worse than being talked about, and that is not being talked about." So maybe at some level this was a win for Chipotle. (For what it's worth, our team here at HubSpot occasionally tries to have some fun with video for the sake of corporate culture and recruiting, and we have learned that, as with anything that involves taking a risk, sometimes these things can backfire a bit.)

For Chipotle the ultimate verdict will be in the marketplace. Will sales go up? Will anyone buy a Chipotle burrito instead of some other burrito, or some other kind of fast-food, because they believe their barbacoa beef might have come from cattle that lived a happy life, or that their carnitas was once a beloved, cute little pig rather than some poor hog raised in cramped, dirty quarters?

Do people care about what Chipotle calls "food with integrity"? Some do. But I doubt those people eat at Chipotle.

What about you? Does this ad change your perception of Chipotle? Does it make Chipotle seem better than just another fast-food place in the food court of the local mall?

My guess is this was just marketing for the sake of marketing. Even if Chipotle's sales do get a bump, I'd wager the black eye and backlash weren't worth the trouble.