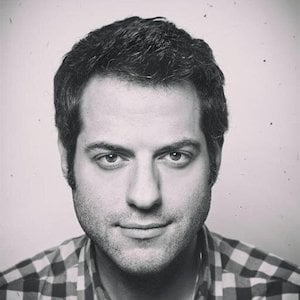 Ray Wert has an awesome job. He runs a digital agency called Tiny Toy Car, and to hear him tell it, he basically gets paid to kidnap people and play evil pranks on them. Wert’s latest video, which I’ve embedded below, was sponsored by Pepsi Max. In the video, Wert does something terrible to auto journalist Travis Okulski, who writes for Jalopnik and happens to be one of Wert's friends. I warn you: this pure evil. It may, in fact, be the meanest prank advertisement ever created.

It’s basically a revenge story. Last year, Okulski wrote an article in Jalopnik after figuring out that a Pepsi Max commercial was a fake. That ad, for the record, is the one where NASCAR driver Jeff Gordon pretends to be “Mike,” a nerdy customer who takes a Camaro for a test drive and scares the salesman to death.

Turns out Gordon didn’t drive in that ad; it was all done by a stunt driver. Gordon did dress up as “Mike,” and did shoot the opening parts of the commercial. But the scary, crazy driving parts? That was someone else. And the salesman who was supposedly so terrified? He was an actor, and was in on the joke.

The ad was called “Test Drive”:

Okulski did a lot of digging to get the dirt on this ad being fake. Apparently Gordon didn’t appreciate being busted, and he wanted revenge.

That’s where Wert got involved. He knows Okulski, and dreamed up a prank. Wert told Okulski that his agency was working on a video shoot about the not-yet-released Corvette Z06 in Charlotte, N.C. He told Okulski that he could let him slip in and drive the car, as long as Okulski kept it a secret.

Okulski flew to Charlotte, N.C., where Wert had Jeff Gordon disguised as an ex-convict cab driver hired to pick up Okulski and take him to the photo shoot. Along the way, a police cruiser pulls them over. Gordon, playing the ex-con, freaks out and takes off, with the cops in hot pursuit – and Okulski losing his mind out in the back seat.

Wert swears that this video is real, and that Okulski really was scared to death. He says, in fact, that some footage was so extreme that they had to cut it out because it would have embarrassed Okulski too much. (Wert would not expand on that, so you’ll have to let your imagination fill in the blanks.)

Before starting his agency, Wert spent seven years as a reporter and editor at Gawker in New York, mostly working on the Jalopnik automotive blog. Wert also spent some time on the business side at Gawker, which in turn led him to go solo and create Tiny Toy Car, a creative studio that makes digital content for the auto industry.

Tiny Toy Car has done work for Hearst and Gawker Studio. One project was the “Jeep Cherokee Jackson Hole SUV Challenge,” where a bunch of SUVs were pitted against each other.

Wert and I met because we were on a panel in New York about journalists who have crossed over to work in corporate environments. Wert says he’s having a lot more fun now than when he worked as a journalist. After seeing what he does for a living, I totally believe him.