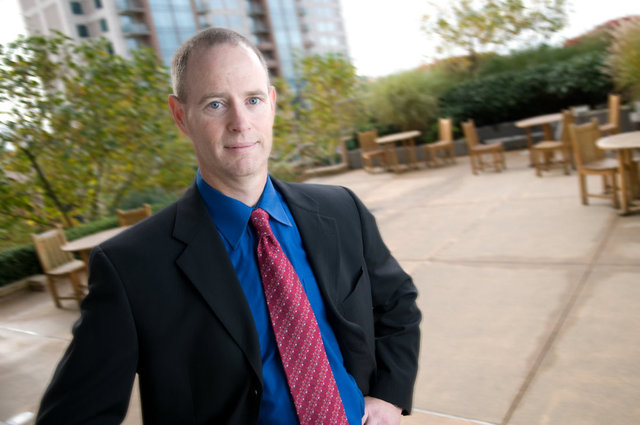 A lot of companies are trying, in one way or another, to create original content. But few are as far along as Microsoft. We had a chance to catch up with Frank Shaw, the head of corporate communications at Microsoft, who for the past few years has been building up a media group inside Microsoft, called News Center.

That group has been producing some amazing multimedia projects, which Shaw calls “epic” stories. You can see them here. The newest one is the “Digital Detectives” package, released this week. As I wrote in this post, these packages are more sophisticated that almost anything produced by the mainstream media.

Shaw is one of the top PR guys in tech. Before taking the helm at Microsoft in 2009, he spent 12 years at Waggener Edstrom, Microsoft’s external PR agency. We discussed the “Digital Detectives” package, as well as Microsoft’s approach to storytelling and creating original media.

When did you form your media team?

We’ve been building out our capacity for the past few years. The group used to be called Press Pass, but now we call it News Center. About a year ago we started building out a platform that would enable us to do multimedia stories. We’re investing in this so that we can tell better stories.

How many people are on the team?

It’s not big. We have a mix of staff people and freelancers.

How often do you produce a big project like “Digital Detectives”?

The first one we did was “88 Acres.” That was our first epic story, which is what we call these multimedia stories. That’s how we think of them. It takes time to do one of these. You don’t just roll out of bed and do it.

Originally we were looking to do four or five a year. And then as we build out, we can do more. We did one last week about a designer. (“Minimal to the Max.”) Now we’ve published “Digital Detectives.” We also have to have the right content.

Yes, it was very high. And the story about the designer, which was just published last week, has had 140,000 views, and we’re not doing any real promotion on it. It’s not like we’re pumping it in any way, or doing paid media. It’s just a really interesting story.

Yes, anyone who works in facilities management was potentially interested.

Apparently you guys originally pitched that story to mainstream media outlets, but everyone passed on it. The package you guys created was far more sophisticated than anything a magazine or newspaper would have done, and got more views. Why even bother with the media at all?

We don’t look at our stories as replacement for media. Sometimes we want to amplify weak signals that we think are interesting, but that might not meet the bar for other people. We think it’s a fascinating story, and we can do it ourselves. It’s complementary.

In general, if a story is important to us, we try to tell it three times, in three ways.

First we should try to tell the story ourselves. It’s not always through our own site — it could be a press release, or a tweet. But this is our voice. This is what we believe.

Second we want to tell stories through the media, however you want to define media. In the media the story gets validated and gets spread. The media says, “Here’s what Microsoft says, here’s what we think, now think about it yourself.” So it’s about validation and dissemination, that’s what the media does.

Third, we have to tell the story to our employees. We have 100,000 employees around the world. It’s important for us to tell them what we’re doing too, and often give them a call to action – share this, do something differently and so on. They are so important it’s key that they hear from us directly as well.