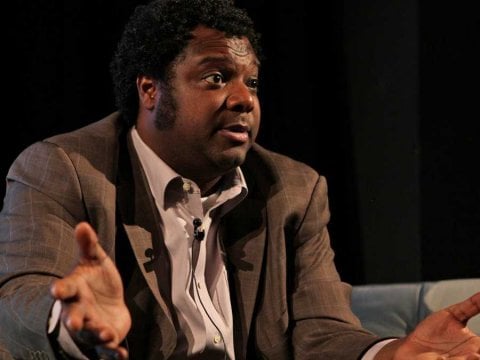 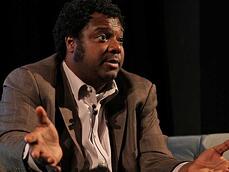 B. Bonin Bough is the vice president of consumer engagement for Mondelez International, a $35 billion company (in revenues) that used to be the snack division of Kraft Foods, controlling brands like Ritz, Oreo, Chips Ahoy!, Toblerone, Trident gum and many others. Before this he was director of digital and social media at PepsiCo.

In other words, he's pretty smart about internet marketing. He's also a bit of a provocateur, the kind of guy who gets paid to be living a little bit in the future and to stay ahead of the curve. He's featured in "The Naked Brand," a must-see documentary about marketing and advertising made by Jeff Rosenblum of Questus.

And you know what his big crusade is now? Tearing down brand websites, and replacing them with social feeds and social aggregation.

Speaking at the Smarter Mobile Marketing conference in New York, Bough said: "When do I ever use my desktop to access the internet? The amount of times are so small. I don't know why we would make production-level investments in brand websites when they're usually not mobile optimized."

He's got a point. When was the last time you visited the website for Oreo cookies or Ritz crackers? What point do those websites even serve?

Brands need to go where the audience is going, and right now that's mobile and social.

Which means if you haven't checked out RebelMouse yet -- I hadn't, but I just now created an account -- it's time to take a look.

RebelMouse was founded by Paul Berry, the former CTO of the Huffington Post. It's still fairly new, as it was launched in 2012.

But apparently RebelMouse is starting to turn heads. Rachel Weiss, the VP of digital strategy and marketing at L'Oreal, said last year that she was excited about the site and saw potential there.

Um, no. Nobody is saying you should delete your website, especially if you drive leads and customer actions from your site. But let's be honest. If you're still thinking of your website as the primary place where your brand lives online, then you haven't been paying attention lately. (This is particularly the case for big brands who use their sites as mainly a branding hub, with perhaps some games, discount coupons, or store locators mixed in.)

As of August, about 17% of all web traffic was coming from mobile devices, according to Statista. In Asia and Africa the numbers are higher -- 26.6% and 23.7%, respectively.

In her 2013 Internet Trends report, Mary Meeker of Kleiner Perkins Caufield and Byers reckons mobile will exceed 25% of all Web traffic by the end of 2014.

This maybe hard to believe, especially if, like me, you're old enough to remember when the internet itself was new, and the first browser arrived, and everyone was trying to figure out how companies could use a website to boost their business -- but the truth is, that's over.

"Website-on-browser-on-PC" is done. It's like black-and-white TV, or DVD players, or VCRs. Been there, done that.

Maybe you can't do everything on mobile platforms and social aggregators. But if Bonin Bough is to be believed, and I think he should be, then it's time to start shifting resources.