Nate Silver and the Rise of the Free Agent Journalist 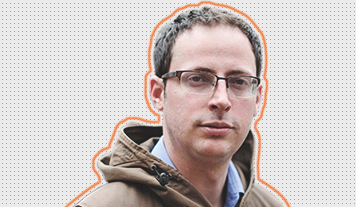 Statistics wizard Nate Silver, a keynote speaker at HubSpot’s INBOUND conference in August in Boston, made news over the weekend by deciding to move his FiveThirtyEight blog from The New York Times to ESPN and ABC News.

Losing Silver will be a blow to the reputation of the Times as well as to its bottom line, as Silver’s popular blog has at times contributed 20% of total traffic to the Times website. Silver’s three-year contract with the Times expires next month, in August, but media companies have been wooing him since last year, as Politico reported in a fascinating story about the behind-the-scenes wrangling that took place.

What’s more amazing is that six years ago, Silver was an anonymous blogger posting predictions on Daily Kos. His growth into a media powerhouse shows how radically the media business has been transformed by the internet, in two main ways:

Let’s do those two items in reverse order. Nate Silver is the ultimate inbound marketer, a guy who used “content” (his blogging and his statistical analyses of the 2008 and 2012 presidential elections) to draw an audience toward him and build awareness of his personal brand.

On the subject of free agent journalism, Silver represents a new breed of journalist who can pick and choose where to work, and who can move at will when someone makes a better offer. This isn't about being a freelancer. It's about creating a platform and then connecting that platform to whichever partner you like.

It’s a big change from the days when a journalist stayed at the same paper for decades, so that his or her identity and that of the newspaper were deeply intertwined. William Safire wrote his column for the New York Times from 1973 to 2005, and the Times was as much a part of Safire’s “brand” as he was a part of its. The platform was as important as the performer.

That’s not the case with Silver. His “brand” is all about him. He can plug his audience into any media company and then unplug it and take the audience with him.

Another example is Andrew Sullivan, the former editor of the New Republic who left to form his own blog, The Daily Dish. Sullivan has gone through a string of media company partners -- first Time, then The Atlantic, then Newsweek. Earlier this year, Sullivan struck out on his own, funding his blog by putting it behind a paywall and collecting subscription fees. Another example: Wall Street Journal reporter Jessica Lessin, who announced recently she's leaving to operate under her own brand.

Of course, most journalists can't do this because they don't have a big enough personal brand. But the fact that some can represents a kind of watershed moment in the media business. It's not unlike what's happened in the music industry, where a few big acts can sell music on their own, without the help of a record label.

Not About the Money

According to Politico, Silver’s decision to go to ESPN/ABC was not simply a matter of finding the company that would pay him the most. Rather, it was about ESPN and ABC (which are owned by Disney) being able to commit resources to building out his “digital empire” by expanding into weather, education, and other topics.

Plus, they’ll put him on air a lot, commenting on things like sports (before getting into politics Silver gathered stats about baseball) and the Oscars.

Disney has resources that a struggling newspaper company can’t match. More important, Silver probably figures ESPN “gets it” more than the Times does. ESPN, after all, is the company that in 2001 spotted Bill Simmons, who was writing a blog called BostonSportsGuy and turned him into a rock star. ESPN helped Simmons build out his franchise so that today he is one of the country’s biggest sportswriters, and a multi-platform powerhouse who also appears on TV and makes hugely popular podcasts.

That model involves finding talent, and then applying lots of resources to build franchises around that talent. It’s not much like the old newspaper model. It’s more like a venture capital model, one where you assemble a portfolio of promising brands and get a return on your investment by building them into something 10 times or 100 times bigger than what you started with.

The fact that ESPN knew how to land Silver says a lot about the company and how much they “get it” when it comes to the future of the media business. (But that’s a different story.)