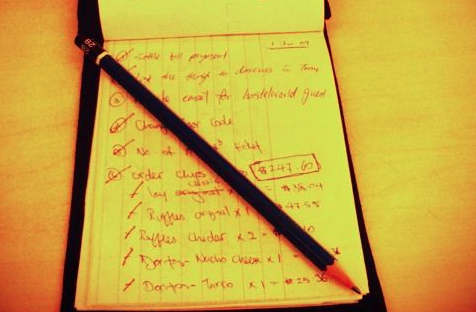 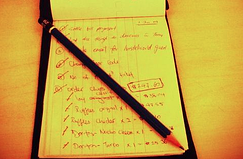 Back on August 23, 2013, Microsoft CEO Steve Ballmer announced his retirement, and now the company is looking for a new CEO. A few names have been bandied about. Jeff Raikes, who has been running Bill Gates' foundation, is one. Stephen Elop, a former Microsoft exec who left to run Nokia, which now is being acquired by Microsoft, is another.

Whoever takes the job will face the enormous challenge of trying to breathe new energy into this lumbering, $80-billion-plus behemoth. How to do it? Here are 10 suggestions.

Above all, the new CEO needs to recognize that Microsoft is in trouble.

So far nobody at Microsoft seems to want to admit there's a problem. The company was once a nimble, fierce, and much-feared competitor. But it has become a big, bloated, bureaucratic monster, beset with infighting, turf battles, and fiefdoms. That helps explain why Microsoft has missed every new market for the past decade -- search, social, smartphones, and so on.

The thing is, Microsoft isn't really feeling the pain ... yet. In fact, its business is still one that most companies would envy. Revenues are growing and will top $80 billion this year. Net margins are an astonishing 25%. That's right: One out of every four dollars that Microsoft takes in goes down to its bottom line. That's better than Apple (19%) and Google (23%), for what that's worth.

The problem is that Microsoft's stock has been dead for more than a decade. For this reason, shareholders are freaking out and demanding change. And that may or may not be why Ballmer is "retiring."

But what can a new CEO do that Ballmer didn't or wouldn't or couldn't? My suggestion: start killing stuff to make Microsoft smaller and more focused.

10 Ways the New CEO Could Get Microsoft Back on Track:

Microsoft announced in early September its intention to purchase Nokia's smartphone business for $7.2 billion. Dumb move. Nokia once dominated mobile phones, but its glory days are over. Nokia was the only handset maker willing to focus exclusively on Microsoft's Windows Phone operating system software. But nobody wants Windows Phone. Nokia was considering jumping ship and making phones based on Google's Android operating system. By acquiring Nokia, Microsoft ensures that it will still have a handset partner committed to its software. But who cares? The market has spoken in favor of other operating systems. Microsoft saddles itself with a money-losing handset maker, and by keeping Nokia locked to Windows Phone, it will ensure that Nokia just keeps failing. Naturally, that means the new CEO should ...

The smartphone operating system market is a two-horse race, between Apple's iOS and Google's Android. There is no room for a third player. Mobile is playing out like a repeat of the PC era. In those days there were two platforms, Apple and Windows. In mobile, substitute Android for Windows. There was never any credible third platform in PCs. People tried, but nobody ever got any traction. Same goes here. Microsoft is wasting time and money on Windows Phone.

Nobody wants these either. Don't agonize about why that is. It just is. Nevertheless, Microsoft remains bullheaded about this and says it will introduce new Surface 2 tablets on Sept. 23. The first ones didn't sell. The new ones won't either. Admit defeat, and move on.

Microsoft has spent years chasing Google in search. It's become an obsession, and an unhealthy one at that. Bing has 18% market share, while Google has 67%, and despite a new design, nobody expects those numbers to change very much.

5. Focus on the enterprise.

Forget the consumer stuff, which is a low-margin commodity business anyway, and focus on running data centers. That's where the money is. Take a page from IBM's playbook and build a business out of selling hardware, software, and consulting services to big enterprise customers to run their data centers. Take control of the glass house, then migrate customers to Microsoft's cloud.

Amazon leads here, but this should be Microsoft's market to own. It's a huge opportunity, and it's where Microsoft should focus. Move big companies onto the cloud, and make it easy for people to get at their cloud from any kind of device.

Microsoft originally created Xbox as a defensive product. It was supposed to prevent Sony from taking over the living room. Mission accomplished. Xbox has been a success as a gaming platform. Now Microsoft needs to make it something more -- a hub for everything you do at home. For years there's been all this talk about Apple disrupting or reinventing the TV market, creating an entirely new business model. For whatever reason, Apple has been unable to deliver. Microsoft should seize this opportunity.

Meaning they need to see past the devices and realize that they're simply a means to an end. Ballmer talks about becoming a "devices and services" company. But the device side is not worth the effort that Microsoft puts into it. What Amazon realizes is that devices today are simply shopping carts. Their only purpose is to give people a vehicle through which they can buy stuff: movies, music, books, services. Sure, Amazon makes its own tablet, the Kindle. But it sells the device at a loss. And it doesn't bother making its own operating system, but instead just takes Google's open-source Android software at no cost -- thank you very much -- and then creates its own version. Also, Amazon doesn't force you to own a Kindle to buy its stuff. Microsoft is trying to imitate Apple but instead should be imitating Amazon.

Sure, promote your own operating system. But with every other part of the business, make sure your software runs on every platform. Stop trying to force people onto Windows. There was a time when Microsoft could do this. That time is over. Everyone outside Microsoft knows this, but the people running the place still seem to think it's the mid-1990s.

Divisions could move faster and make better decisions if every decision didn't have to pass muster with all the other stakeholders. The current set-up has led to paralysis.

What do you think? If you were named Microsoft's new CEO, what would you do?