On the Eve of Twitter's IPO, a Damning but Futile Analyst Report 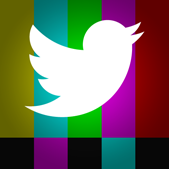 Nate Elliot is an analyst at Forrester Research who covers social media – and good grief has he been on a tear lately. Last week Elliot issued a damning report about Facebook. This week he’s taking on Twitter, saying only 55% of marketers are satisfied with the business value they get from the platform.

Apparently it’s not hurting the offering, as Twitter has raised the price of its shares to as much as $25 per share, and some observers expect the stock will quickly trade much higher than its IPO price. Buzz on Wall Street yesterday was that the stock could open at $40 and trade as high as $80, according to Charles Gasparino of Fox Business News.

Twitter is going public even though the company is still losing money. Some view the enthusiasm for the deal as a form of “irrational exuberance” and yet another sign that we’re in the midst of a tech bubble. Others say Twitter has a huge audience and over the next few years will see its revenue skyrocket, with earnings to follow.

For a nice rundown on the deal, see this post on CNET which lays out the numbers.

Elliot, the Forrester analyst, says that while Twitter has a huge audience – 230 million active users – many of those accounts are duplicates or corporate accounts, so marketers aren’t reaching as many people as they might think. "Twitter offers [marketers] a chance to reach tens of millions rather than hundreds of millions of people,” Elliot wrote.

But that’s a mistake, Elliot says. Consumers tell Forrester that when they engage with a brand on Twitter it’s because they’re already a customer. “Brand awareness is the wrong objective,” Elliot writes. A better way to use Twitter would be “to reduce churn and drive greater lifetime value from their existing customers,” he writes.

The full report is behind a paywall, but Elliot wrote a blog post, “Twitter Marketers Are Still Looking For Answers,” that provides the gist of the report.

The report was based on a survey of 395 marketers from companies with $500 million or more in annual revenue.

And it’s not all bad news. Elliot says Twitter is headed in the right direction, and has done some smart things with targeting. Next step will be for Twitter to “help marketers help marketers build genuine connections with their customers, rather than just running ads,” Elliot says.

Twitter didn’t respond to the report, and probably can’t as it is in a “quiet period” leading up to its IPO.

But others rushed to its defense, including Simon Mansell, CEO of TBG Digital, which sells Twitter ads.

Mansell concedes he’s biased, but, “We have talked to our clients and everyone agrees that it’s a relatively new channel and there is still work to do. However, it does allow brands to communicate around things that are happening in real time, to feel and act more like humans and hopefully as a result create real emotional relationships with their target audience," Mansell writes in a post on Business Insider.

Mansell says it’s still not clear how to measure the value of activity on Twitter, but then again, Twitter is a new platform. Twitter was launched in 2006, but didn’t really start trying to make money until Dick Costolo, the current CEO, took over in 2010.

One thing seems clear. Nothing that any Forrester analyst says is going to hold back demand for Twitter's stock. The frenzy is upon us. Whether Twitter ads are effective, or marketers are happy, is almost beside the point.