First Victim of Amazon Drones: The Credibility of CBS and 60 Minutes 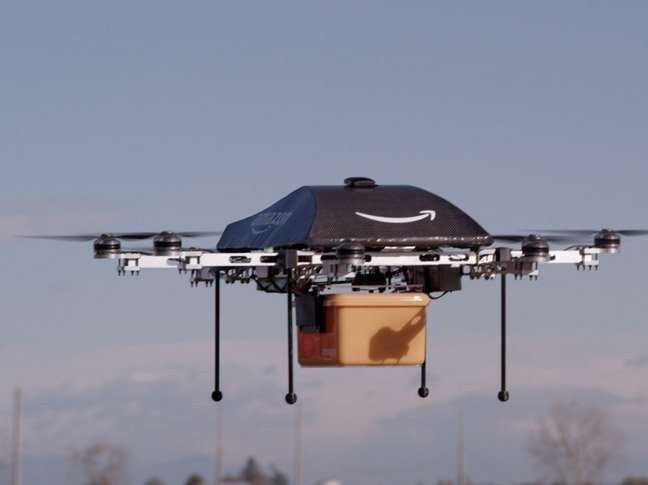 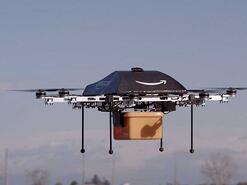 Amazon CEO Jeff Bezos runs one of the world's most notoriously secretive organizations. Yet last night he went on national TV and showed off a bunch of dazzling delivery drones that he says won't realistically arrive in the real world for another four or five years, which in realspeak means they're a decade or more away.

Why is this incredibly tight-lipped company suddenly showing off prototypes? The answer is that these drones were not designed to carry packages, but to give a lift to Amazon's image.

For one thing, today is Cyber Monday, the day when everyone goes shopping online. Amazon somehow got CBS and 60 Minutes to create a 14-minute free ad spot for Amazon on the eve of this huge shopping day.

Did Amazon control the timing of the story and insist that the piece must run on the night before Cyber Monday? Was this a condition of the deal in exchange for getting access to Bezos? I think you'd be naive to believe otherwise, but who knows? Maybe it was just a lucky coincidence.

But there's another factor at work here. Bezos and Amazon are still reeling from the recent publication of a not entirely flattering book by Businessweek reporter Brad Stone. The Everything Store: Jeff Bezos and the Age of Amazon portrays Bezos as a ruthless tyrant and a "penny-pinching ballbuster," as Gawker put it.

As soon as the book came out, Amazon swung into action trying to discredit Stone. Jeff Bezos's wife MacKenzie Bezos published a scathing negative review of the book (on Amazon, of course) in which she claims the work contains "numerous factual inaccuracies." Craig Berman, VP of Global Communications at Amazon, issued his own statement blasting the book and criticizing Stone for not making an effort to get his facts right.

This is a very big deal. Amazon PR typically doesn't say anything to anyone. They're the most tight-lipped bunch in the business, right up there with Apple. Suddenly they were all over the place.

Now, suddenly, for no apparent reason, this company that never tells anybody anything about any future products, ever, is showing off prototype drones that are years away. This is like Apple inviting Charlie Rose in to show off that 60-inch TV that it may or may not ever actually manufacture and sell to the public.

This is about shifting the narrative. The first spin campaign didn't work, so now you do what PR people call "closing one door and opening another." You deflect and distract.

You line up Charlie Rose to do one of his famous softball-tossing puff pieces, and while he's there you trot out some amazingly impossibly cool new technology to dazzle the folks in the cheap seats.

You let Jeff Bezos appear on camera being all goofy and happy and looking like the world's friendliest little nerd, talking to Uncle Charlie about how much he and his band of happy elves at Amazon just love exploring and tinkering and innovating. Let Bezos do his weird laugh, which you can catch in the final minute of this video:

Years ago I read a book about how the Spanish conquered the Incas in Peru and converted them to Catholicism. The trick, they discovered, was to fill the churches with mirrors and pieces of glass, and then light lots of candles, which produced some dazzling effects. It was, quite literally, smoke and mirrors.

Same here. Amazon's non-existent drones are soaring all over the blogosphere. This morning they were the top story on TechMeme, the influential aggregation site. Business Insider, which counts Bezos as an investor, had a huge photo of an Amazon drone at the top of its homepage, plus five other stories about Amazon, including one that says the drone announcement was just a way to gin up publicity around Cyber Monday.

Business Insider also ran a slideshow of photos of Amazon delivery centers, and put the Amazon drone story at the top of its list of "10 things you need to know this morning," and published a link to a story on Quartz about the Amazon drones.

The only place the drones aren't soaring is here in the real world. In fact the FAA says it could be 2026 before these things are really in use. But who cares? These drones weren't created to carry packages. They were created, and put on display, to boost sales and buff up a CEO's wounded pride. Toward that end, they worked like a charm.

Those of us who work in marketing should offer a tip of the cap to our peers at Amazon. These marketers just coopted a major TV network and got 60 MInutes, a legendary investigative journalism program, to carry their water for them and help bury a book that contains some serious, and critical, journalism. Depending on your point of view, that's either incredibly depressing or incredibly brilliant. Maybe both.