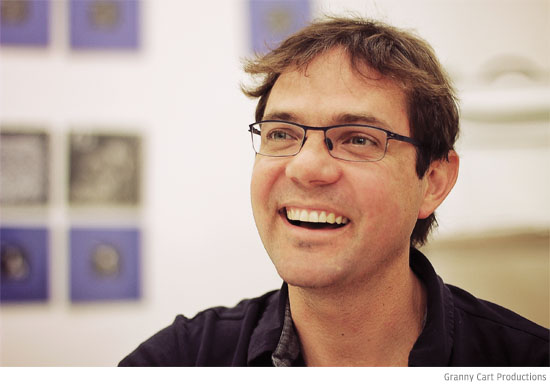 As chief technology officer at Huffington Post, Paul Berry led the development of a piece of software that played a huge role in that site’s success — its content management system. HuffPost gained an edge on others in online publishing with a CMS that was “one of the best and most advanced systems on the Internet," as I wrote in Newsweek in 2010. HuffPost’s system was especially advanced when it came to social media and SEO.

Now Berry seems to have created a second hit program, with RebelMouse, a next-generation publishing platform that is catching on in a huge way with big brands and marketers. And not just any marketers, but the really smart ones, like Beth Comstock, the CMO of GE, and Bonin Bough, the consumer engagement guru at Mondelez. Bough, in fact, recently said he’d like to stop building websites and rely instead on RebelMouse. Others signing on include Pepsi, Adidas, MTV, Patagonia, Red Bull and Burger King.

"Over the last couple of years GE has connected with millions of fans of technology and invention across a number of social platforms. Only RebelMouse appears capable of pulling it all together into one channel. We always have RebelMouse live at GE.com/news/social, but it's so easy to implement we will also quickly spin up specific instances for our events," says Paul Marcum, director Global Digital Marketing & Programming at GE.

With RebelMouse, you set up a page that takes feeds from Twitter, Facebook, Instagram and other services, and surfaces all of that content in a web page. You can let RebelMouse choose which stories to display on your RebelMouse page, or you can go in and edit things and move things around. On my page I’ve chosen a theme and a top item, then left everything else to RebelMouse.

“The problem we’re solving is real-time publishing and social publishing. That’s part of why there is so much excitement. We’re solving a problem that everybody has,” says Berry, who is CEO of New York-based RebelMouse.

You might think of RebelMouse as a next-generation CMS, though Berry cringes at that name because “the term means so many bad things.” He prefers to call RebelMouse a “publishing platform.”

You can use RebelMouse to create an entire site and power it, the way you might do with Tumblr or WordPress. Or you can use RebelMouse to turbo-charge an existing stite. “We don’t say, `Hey, leave your entire CMS and do a migration to us,” Berry says. “You can just inject us into your annoying CMS and make it great for your editors by having a piece that just plugs right in.”

RebelMouse uses a freemium model. Basic service costs nothing. A mid-tier service code-named Primetime costs $500 per month, and the highest version of the service, called Enterprise, costs up to $5,000 per month. That version gives you access to a studio that can create customized solutions that involve both technical and design expertise.

Berry left Huffington Post after it was acquired by AOL. He says he left because he wanted to “democratize” publishing, to give everyone access to the kind of sophisticated tools that editors at Huffington Post and other big outlets have. 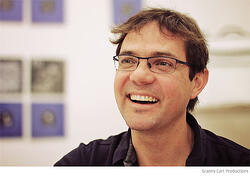 And he saw a chance to start with a clean slate. “The world has changed so much just in the past few years,” he says. “At Huffington Post we were grappling with real-time and social, and it became clear there was a chance to do something significantly different, to rebuild from the ground up.”

The biggest opportunity involves big companies. “Our focus is on helping enterprises and brands move the needle and change the metrics,” Berry says.

RebelMouse is riding a huge cultural shift, as the nature of advertising itself is changing. Brands are desperately looking for new ways to reach customers. “We’ve been living with this paradigm where it’s still like Mad Men, where we’re trying to craft this perfect message, test it, then put hundreds of millions of dollars behind that message. And we know for sure that doesn’t work,” Berry says.

The old methods are failing because the pace of everything has increased tremendously. “If you look at how content works, even for Buzzfeed or Huffington Post, even with their biggest viral hit ever, it’s going to get boring, and get old, and die down, and that happens fast,” Berry says. “The speed with which things get boring is accelerating. People get bored quicker than ever.”

That means brands have to be able to adapt and change in real-time. It’s an entirely different way of thinking about advertising and publishing.

How Brands Are Using RebelMouse

The best way to understand RebelMouse is to see what brands are doing with it. So here are some examples, ranging from the GE Social Media site to the personal website of pundit Ben Parr. Also check out the special site that the Wall Street Journal created to cover Fashion Week and the site that Time created for Veterans Day.

And here are a few more:

This is Burger King’s "Satisfries" campaign. 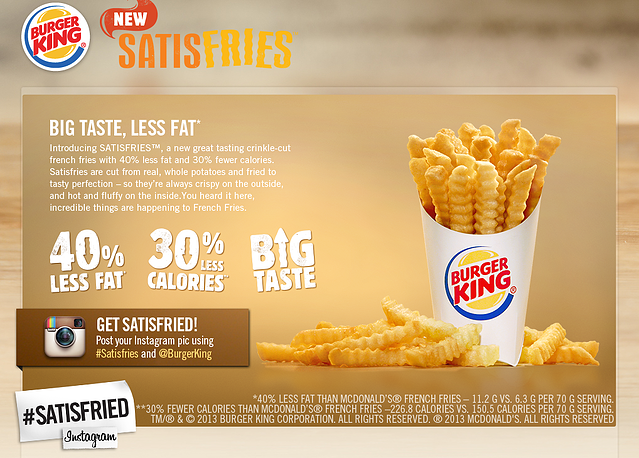 This is the Sprite POUR campaign. 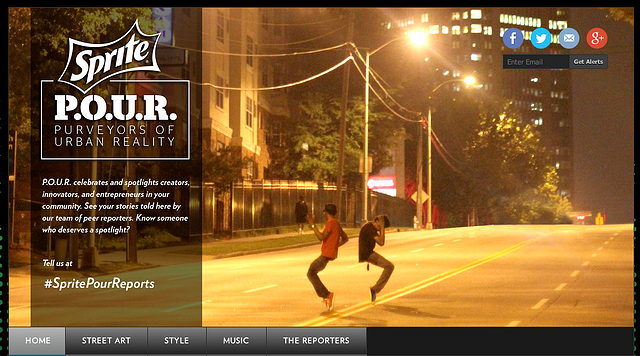 RebelMouse faces the challenge of adding new features and functionality without becoming overly complex or hard to use. Berry's original idea was to create a system that would be incredibly easy to use and modify, but would also be powerful. The company’s slogan is “making content more,” and its promise is to “let your content roar.” Meaning: the software can help your stuff become more viral.

RebelMouse delivers analytics on the performance of each post. You can get alerts when a post starts to get traction on social media, so you can start doubling down on that one and try to promote it more heavily.

You also can choose from a bunch of design templates and themes, but the choices are limited, because as Berry told The Verge, he wants to keep the site from getting “out-of-control ugly like MySpace.”

RebelMouse has 42 employees, and a dream team of advisors and investors that includes a bunch of people from the Huffington Post, including Ken Lerer, Eric Hippeau and Jonah Peretti, who is also the CEO of BuzzFeed, and Marcy Simon, one of the best PR people in the business. John Battelle, founder of Federated Media, is an investor, as is Nicholas Negroponte, founder of the MIT Media Lab. RebelMouse has raised $12.8 million in funding from blue-chip venture capitalists and angel investors.

Berry and Peretti are two of the smartest guys in the world at finding ways to make something go viral. So it's probably no surprise that RebelMouse itself is going viral. “It’s a really fun exciting time right now,” Berry says. “We have a long way to go, but we have a great team and lots of momentum and traction. We’re all having a lot of fun.”