WestJet Christmas Miracle: This Viral Video Will Restore Your Sense of Childlike Wonder 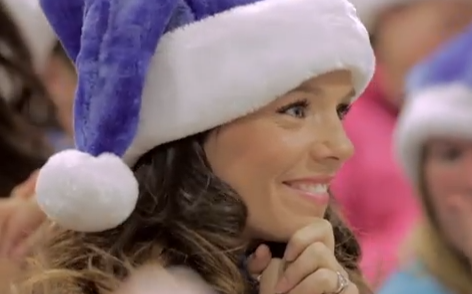 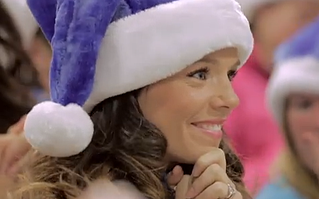 I was talking to a group of people in the marketing department at a big software company recently, and they were wondering whether content marketing is starting to get played out and, if so, what might come next? Their take is that the content world is too crowded, too noisy, and it's simply too hard to stand out. What comes next, in their opinion, is this: "Experiences."

Meaning creating events, things that actually happen to actual people -- basically, moving away from the virtual/digital world and back into what some call "meat space" and the rest of us simply refer to as the real world. That's how Red Bull does marketing, after all. Concerts, guys jumping from space capsules.

And now here comes this amazing example of how to do marketing right, brought to life by the clever little marketing elves at WestJet, a Canadian airline.

WestJet set up a kiosk at a gate where passengers could talk to Santa (by video link) and tell him what they wanted for Christmas. Much to their surprise, when the passengers arrived at their destination, they found their presents waiting for them, courtesy of WestJet -- er, Santa.

It sounds cheesy, but it really worked. Check out the video:

As I wrote recently about a Google "Reunion" video, there are a few things marketers can learn from these experiments that go right.

1. It doesn't have to be super short. This video runs 5:25, but doesn't feel overly long. Why? Because it tells a story. There's a narrative, with a beginning, a middle and an end. The "movie," in fact, is structured in three acts, just like a Hollywood picture.

2. Think fun, not funny. A lot of times people think the way to get something "go viral" is to make a video that's funny. This is an understandable but terrible instinct. First of all, it's really hard to be funny, and most people simply aren't. Also, comedy by committee is a recipe for disaster. What happens with corporate attempts at making funny videos is the double whammy of having (a) a bunch of people who are not comedically gifted; (b) working together. Predictably, they produce a video that's trying awfully to be funny but really, really isn't, in part because it's trying so hard to be funny. The whole thing is just lame and embarrassing. The WestJet video isn't funny; it's fun. There's a difference.

3. Spend some money. You know how people say you can make a great video on your iPhone, or with a low-end camera and some cheap editing software, and you can save money by having your crazy kooky marketing kids do all the work themselves, because who needs professional photographers and film crews and actors when you have a bunch of talented and enthusiastic amateurs already on staff? Well, those people are wrong. Cheap work looks cheap. Go look at Google's Reunion video again, or this viral video made by a bank in Spain. These were made by pros. It shows. There's a reason that people get paid to make movies for a living, and there's a reason you're not one of them. If you're going to do this, spend some money and do it right.

3. The brand is part of the story. For reasons I can't understand, some brands are afraid to include themselves in their own marketing. They don't want to look like they're shilling for their brand. The problem is they swing so far in the other direction that they end up making videos or telling stories that have nothing to do with their brand or their products. In the WestJet video, the act of traveling, of flying on WestJet, is central to the story. Whatever you do, make it something that involves your company and your industry. Make it about what you do every day.

4. Create an experience. Make something happen in the real world. The Spanish bank created a flashmob symphony in a public square. WestJet made a video out of its own workers and passengers in an actual airline terminal. Get out in the world and make something happen. Create a real experience for real people. The video is just a way to distribute that experience more widely.

5. Have a happy ending. Even if you're making a tear-jerker, you must leave people smiling at the end. Do you like WestJet a little bit more after seeing that video? I know I do.