When Is It Okay for a Brand to Pick a Fight? 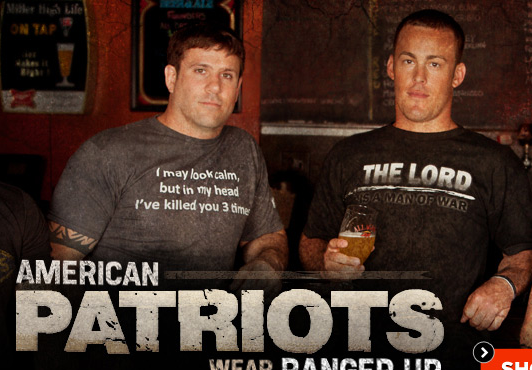 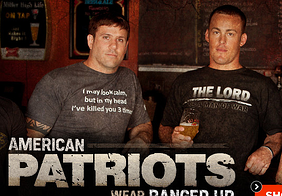 In the early days of blogging I once heard a "blog expert" say that the key to getting traffic on a corporate blog was to go out and pick fights with people. That seemed like stupid advice at the time, and still does. But are there times when maybe it can play to your advantage to pick a fight?

Maybe so. According to this story on the Yahoo Small Business channel, it's working for a small company called Ranger Up, which last year picked a fight with the notorious Westboro Baptist Church.

They're the nuts who go picket at military funerals carrying signs that say "God Hates Fags" and espousing a belief that U.S. soldiers are getting killed as punishment for gay marriage or toleration of homosexuality in general.

Thing is, Ranger Up is run by ex-military guys, and they sell T-shirts and other military gear. It's pretty hardcore guns-and-Jesus stuff, with messages like, "Lord if today is truly the day that you call me home, let me die in a pile of empty brass."

The guys at Ranger Up heard that WBC was planning to disrupt the funeral of a lesbian soldier. "We're a very tolerant organization, and we think it's obscene that someone is going to lash out at a person, let alone a military person, for his or her sexual orientation. So we brought about 3000 Ranger Up fans who blocked Westboro's access to the funeral," Ranger Up President Nick Palmisciano told Yahoo.

That led to a huge Twitter battle, with WBC members trying to smear Ranger Up -- the kind of thing that a lot of marketers live in fear of.

The Ranger Up guys seem to have loved every minute of it. Says Palmisciano: "One of their guys just kept coming at me, so finally I tweeted him, 'Please stop sending me naked pictures of yourself. While I have nothing against the gay community I am not a homosexual and have no interest in having sex with you.' It broke the guy. It was his biggest fear come to life. He blocked me, but the post got a thousand retweets!"

And it didn't hurt business. Ranger Up did about $5 million in sales last year, Yahoo reports.

To be sure, most brands are probably going to steer clear of this kind of controversy. But you have to admire these guys for having the guts to do it.