5 Bad Sales Leaderboard Practices to Avoid at All Costs 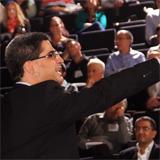 I often hear sales gurus say that using leaderboards to chart salespeople works like magic. According to these gurus, leaderboards are the best way to inject a competitive spirit into an sales team and send numbers skyrocketing. But is it true that this simple game mechanic really results in exceptional sales performance?

Yes -- but only if they're used correctly. While salespeople thrive on competition, leaderboards can be a double-edged sword. Here are five sales leaderboard mistakes to avoid at all costs.

Sales managers often assume that sales metrics should track sales, and so prepare leaderboards with dollars or unit sales. This is a bad idea.

Gamification designed for sales teams should focus on encouraging behaviors that generate more sales, such as making more calls or improving the qualification process. Tracking actual sales misses the point of using a leaderboard.

Leaderboards that display actual sales can be painfully biased and downright unfair. They may favor experienced employees who get the bigger accounts and better geographies. In this case, the leaderboard won't provide any motivation. Instead, it'll be a reminder to all reps except the one or two stars that they’re on the very bottom rungs of the ladder.

Poorly constructed leaderboards ignore the middle 60% of the sales team. And that’s bad, because any significant change in overall performance will come from engaging the average reps.

Research from Harvard Business Review indicates that sales and service organizations tend to invest in world-class coaching for the “tails” -- the top and bottom performers. But according to the data, the middle 60% achieved the highest performance gains when coached; hence, coaching should be provided to them.

Badly designed leaderboards also have leaders and laggards. However, highlighting leaders achieves nothing other than goading their competitiveness and reaffirming their status, while laggards become increasingly frustrated and demotivated. The worst outcome is that the middle 60% are ignored, which makes them feel alienated.

Good leaderboard design should enable middle performers to shine so they will be motivated to get better. At GamEffective, we recommend deploying gamification that enables the individual to be the hero of their own game. For example, a leaderboard could show the top three achievers, but also display show the employee in question.

Leaderboards should also show the people in the employee’s immediate environment -- the people that work next to him or who joined the company when she did. Another idea is a benchmark-based leaderboard. This one will show how a person is doing against their target, last month’s performance, the performance of their team, and the performance of a team leader -- without using their name.

There are more blows in store for the inexperienced, the new recruits, the less competitive, and the “weaker performers” -- who are only defined as such because they’re being compared to their seasoned colleagues. If they feel a leaderboard is unfair or discriminatory, they may become demotivated, bored, disengaged employees who view their job with indifference at best. But the fix is simple -- use modified leaderboards that show the player against benchmarks and not just people.

In addition, you can also combine these modified leaderboards with game mechanics that fit the task at hand. Remember, gamification isn’t just about points, badges, and leaderboards. Game mechanics can provide recognition, give “karma points” for collaboration, and mark the completion of milestones.

Like all gamification mechanics, leaderboards are games with rules. Rules can and will be bent, and create unintentional outcomes that defeat the purpose. For example, what if a leaderboard tracks whether actual sales are in line with the forecast? A rep might intentionally keep their forecasts low so they reach the top of the chart. Or in another case, a contest to list next action items for each lead can result in the creation of superfluous action items (hint: limit to one and verify quality).

When constructing a leaderboard, think about how the rules can be bent sideways -- and reinforce them through proper design.

Michael Jordan once said, “Talent wins games, but teamwork and intelligence win championships.” In the case of sales, the teams are comprised of sales development reps and account managers who are meant to work in tandem. Aside from rapid sales scenarios that require individualized competition, leaderboards that reward teams and highlight collaboration will help the middle players shine and the entire organization score.

Although gamification mechanics can sometimes produce unexpected or unwanted results, this does not mean leaderboards are bad. They just need to be implemented correctly. How? Compare oranges to oranges (beginners to beginners, small account managers to small account managers, etc.), make sure there are minimal opportunities for players to "game" the game, and balance team and individual competition. Above all, engage everyone -- including your 60% -- in a game at which that they can win at least some of the time!

How to Design Sales Reports for Better Alignment and More Revenue