3 Sales Strategies to Be Assertive Without Appearing Aggressive 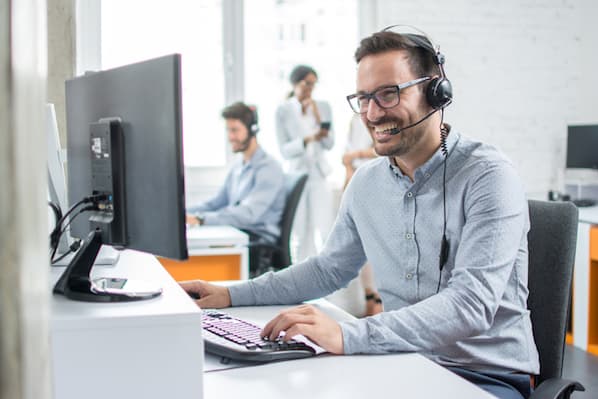 Have you ever swallowed a question or backed off from a certain topic for fear of offending your buyer? This happens on sales floors around the world every day. Reps let their qualification questions slide so as not to flare tempers.

But the truth is, salespeople are often more worried about the potential of pissing off prospects than the situation warrants.

I find that the ones who obsess over not coming across as pushy often create boundaries for themselves that don't need to exist -- and ultimately kill their effectiveness.

If you're worried about crossing the line from assertive into aggressive, the following three strategies will help you to strike the perfect balance.

"Assertive" and "aggressive" are sometimes used interchangeably, but there are key differences between these descriptors. Being assertive involves pursuing a desired outcome or stating and standing by an opinion while still being mindful and respectful of the desired outcomes and opinions of others. Aggressiveness, meanwhile, is characterized by relentlessly pursuing your desired outcome while ignoring or attacking the opinions or desires of others.

1. Offer the conclusion, and then the explanation.

Many sales reps think aggressiveness is a voice tone issue. They figure that if they don't sound aggressive, they'll be fine. However, I beg to differ.

You could use the most respectful tone in the world and still come off like a pushy jerk. How? It all comes down to your phrasing.

Which of the following two options comes off as more presumptive to you?

Even though the salesperson using the second phrase might have a more empathetic voice tone, it's actually the more aggressive question. Providing the explanation before the question comes off as passive-aggressive, because it implies that the salesperson's conclusion -- in this case, talking to Procurement directly -- is not up for debate.

When putting forward a question, don't explain why first. Just ask. The shorter and simpler your questions, the smaller the speed bumps you'll encounter. If your prospect asks for the explanation behind your question, offer it honestly -- but not before they request it.

2. Accept the answer you get (even if you don't like it).

Let's say a salesperson asks their buyer "What's your budget for this project?" and the prospect responds, "I don't feel comfortable sharing that with you." Most reps in this situation would think "Uh oh -- I just crossed a line." But from my perspective, if you simply accept the answer and move on to your next question, you show the prospect that you're not afraid to dig deep -- and also that you can take "no" gracefully. And that's precisely the kind of rep buyers want to work with.

The wrong thing to do in this situation? Steamroll past the buyer's response by countering with something along the lines of "Okay, well, would you give me a ballpark?" The prospect already gave you an answer -- and it was that they didn't want to answer. Take the no, and move on. If you don't, you risk being perceived as pushy and aggressive -- exactly the type of rep buyers want to hang up on.

Assertive communication can be characterized by a variety or combination of signs, including: stating an opinion or desire clearly and firmly without attacking the other person's, not interrupting others and letting them share their ideas as well, accepting responsibility instead of assigning blame, and stating perceptions instead of accusing and judging. Assertive communication might be awkward in sales, but it absolutely shouldn't be tense, heated, or in conflict.

Many times, salespeople will wait until they build rapport with their prospect before asking them "hard" questions. The salesperson reasons that if they can get on friendly terms with the buyer, the buyer will be more willing to open up, and the rep stands less of a chance of pissing off the prospect.

But there's a problem with this approach, and it has to do with expectation setting. If a salesperson only asks easy questions early on, the "hard" questions later will seem out of context. The buyer might also conclude that the only reason the rep was nice at first was to butter them up -- in other words, the rapport isn't genuine. Far from getting the answers you want, you might just get the anger you were so hoping to avoid.

My rule of thumb is to go heavier earlier. Ask those hard questions before you've provided the prospect with everything they want, such as a demo or a trial. That way, you have some leverage that will help you get the answers you're looking for -- not to mention that you set the expectation that the sales process won't always be 100% comfortable or easy.

If you spend too much time worrying about coming off as aggressive, you probably won't be assertive enough to get the information you need to help prospects. Use these three strategies to stay on the right side of the line, and sell more deals.

To learn more, read our tips for being perceived as a trusted sales advisor.