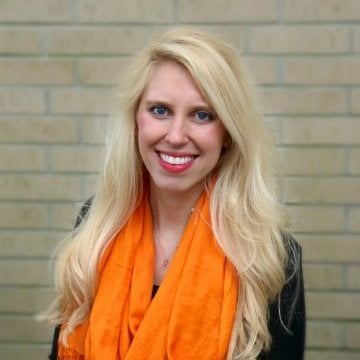 How do bad sales tactics spread? Typically, a bad habit starts when a fellow salesperson reports some success with an approach and then everyone else wants to try it. But although a new tactic may amount to short-term gains, it can cause harm long-term.

Your reputation is one of the most important assets you have in sales, and you need to protect it by eliminating any habit that may compromise it. If you’re utilizing any of the following seven tactics, you need to stop ASAP.

1) The “Grab A Phone Book and Start Dialing” Tactic

Today more than ever, you must research prospects and personalize your communications. Salespeople can no longer get away with casting a gigantic net and hoping something (or anything) sticks. Prospects can tell the difference between an email that was blasted to a gazillion others and one that has been strategically tailored for them. Guess which one gets a response?

2) The “Never Accept ‘No’ For An Answer” Tactic

There’s a thin line and a big difference between being persistent and harassing someone. It’s important to recognize the difference between a traditional sales hurdle versus someone deliberately closing the drawbridge (and in the latter case, you could cause irreparable harm if you continue to persist). When given a repeated and firm “no,” it’s time to shift gears. At that point, it’s no longer the salesperson’s responsibility to force a relationship. It becomes the marketing team's responsibility to stay top of mind with the prospect.

A buyer is a lot more likely to circle back with you after doing more discovery on their own. Save them from getting to the point of refusing to do business with you out of bitterness for not respecting boundaries.

Too many salespeople fall into the trap of thinking that their product absolutely has to meet all of their customers’ needs. This simply isn’t true and can set deals up to explode before they reach the finish line. Never make a promise in hopes a feature will get built in time or that the product can be “hacked” to indirectly solve a customer problem. Prospects are more likely to buy from a salesperson who is honest about their product’s shortcomings.

Friend, one of the more insincere tactics salespeople use is ironically one meant to make conversations feel more sincere. You see, friend, it’s true that remembering and using someone’s name is an impressive way to show you care. But, friend, if you go overboard by injecting it every chance you get, your prospect will get distracted by the awkwardness of the conversation instead of listening to what you’re saying about your product. I’m sure you can understand what I mean, friend.

Don’t you love feeling like a sucker? Neither does anyone else. You may be able to land a few more meetings by concealing your true intentions, but you’ll close far fewer deals. So much of selling revolves around cultivating trust. There’s no faster way to build a trust-barrier than to jump into a sales presentation when your implied intentions suggested a different purpose. If you don’t “just” want to grab a bite or coffee, make that very clear up front so the prospect knows exactly what they are agreeing to.

6) The “Find Something Personal” Tactic

Few things are creepier than a stranger who pulls out obscure information during an initial conversation. You may do some thorough digging online in advance of a meeting to familiarize yourself with the person you’re going to speak with, but don’t let the fact that you know they recently took their three children on a cruise to Mexico slip out. You probably had to go through one-too-many Facebook clicks to uncover that. Remember you’re a salesperson, not a professional stalker (even if you feel like one sometimes).

7) The “Always Be Funny and Outgoing” Tactic

It’s true many funny and outgoing people end up with a career in sales. But those traits aren’t prerequisites to being an effective salesperson. Some of the best salespeople are introverts who thoroughly understand their market’s problems and add tremendous value to their customers. Be yourself. The insincerity of forcing a witty comment or being unnaturally boisterous can turn prospects off. Remember, they want to buy from people they like, and nobody likes a fake. Own your personality.

Don’t worry, we won’t make you raise your hand and confess which of these you're guilty of. Our job is to help salespeople become better and find a job they will thrive in. You can learn more at www.willreedjobs.com.

Inbound Sales: How to Sell the Way Prospects Buy

10 Out of Date Sales Tactics to Avoid