It’s never fun to give up on a sale. After all, a deal you take out of your pipeline represents a loss of what could have been -- an additional customer, extra money in your paycheck, and moving closer to meeting quota. 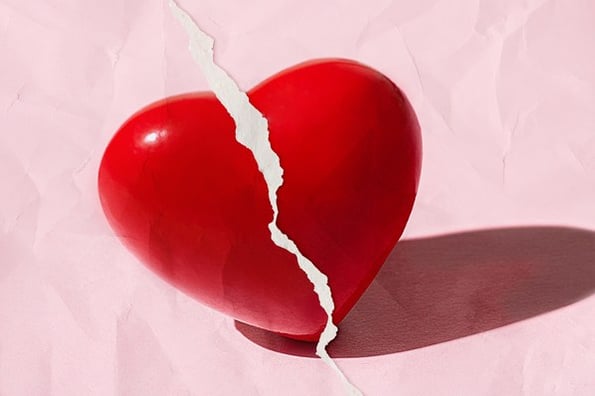 But as much as it sucks to mark a deal as closed-lost, it’s even worse to let one languish in your pipeline indefinitely. Because leaving a deal that will realistically never close in your forecast artificially raises your projections and makes them less accurate.

If you have multiple dead deals in your pipeline, the negative effects balloon into something more -- missing quota because you’re counting on them to come in, getting discouraged when month after month, those deals continue sitting in your forecast, and losing credibility with your sales team and manager when you continue to miss your own projections.

So yeah … keeping deals in your pipeline that shouldn’t be there causes a lot of problems. And yet it’s also true that sometimes prospects just go dark. Should you closed-lost a deal even if the prospect was a great fit and seemed interested, but disappeared without warning?

Enter the breakup email: An email you should send when a prospect hasn’t responded to your follow-up emails to determine whether the deal you discussed is really dead or your point of contact just went on vacation without telling you.

A good breakup email accomplishes three things: It’s short and easy to respond to, it confirms the prospect’s continued interest (or lack thereof), and it wraps the relationship professionally. And most importantly, it gets dead and fake deals out of your pipeline.

Of course, breakup emails are subject to the same rules as regular emails. Namely, they won’t get read unless your subject line is eye-catching enough to get the recipient to open the message. Here are 17 sales email subject lines you can use for your breakup emails when the end of a prospect relationship seems inevitable.

17 Subject Lines You Can Use In Your Next Breakup Email

1) Permission to close your file?

2) Before I go … a few free resources

End the relationship on a helpful note by providing one last bit of advice or free resource. That way, you’ll solidify your reputation as someone who genuinely wants to help even if the fit isn’t right at the moment.

3) Should I stop reaching out?

Sometimes you just have to ask. Accompany this totally straightforward subject line with a simple ask: Reply “A” for “I’m still interested,” or “B” for “Stop reaching out,” or something similar.

Give your prospect an off-ramp so they don’t feel guilty about ending the relationship.

By positioning yourself as the relationship-ender, you trigger a sense of urgency in your prospect -- either they care enough to keep the deal alive, or they don’t.

6) This is my final email

Working off the same principle as #5, this subject line lets your prospect know this is the last time you’ll hear from from them.

7) Let’s revisit this at a better time

Your prospects are busy people -- acknowledging it will go a long way.

Sometimes prospects go dark because they went with a competitor, and simply didn’t want to tell you. It doesn’t hurt to ask -- let them know you understand and are always here to help.

The “closing the loop” email comes from Blair Enns of Win Without Pitching and operates off the same principle as Kreuzberger’s template above (#1).

Along the same lines as #5 and #6, be very upfront that this is the end -- unless your prospect wants to do something about it.

A slightly different tack, this subject line asks for a final response from your prospect. Make it clear you’re happy to accept either, and that you’re just looking for some closure.

Recap (briefly, please) what you’ve surmised from previous conversations with your prospect, then ask if these are still their goals and plans. It might be time to realign, or maybe their initiatives have shifted entirely.

This is another variation on #5, #6, and #10, but has the added benefit of mentioning your company name, triggering your prospect’s (hopefully positive) memories of you.

If you can afford to be a little more playful, it doesn’t hurt to insert a little levity into breakup emails to avoid even a whiff of hard feelings.

“This subject line makes it clear that you've tried reaching out and that you've engaged in a relationship -- it's just not going anywhere," writes Anum Hussain. "This can help your prospect realize the value you brought to their work and want to reach back out.”

A little self-awareness goes a long way. Acknowledge that you’ve been reaching out consistently,

Your prospect’s tolerance for persistence may be low, even if you’ve added value with each touchpoint.

Learn how to write the perfect sales or marketing email subject line with the help of successful examples.