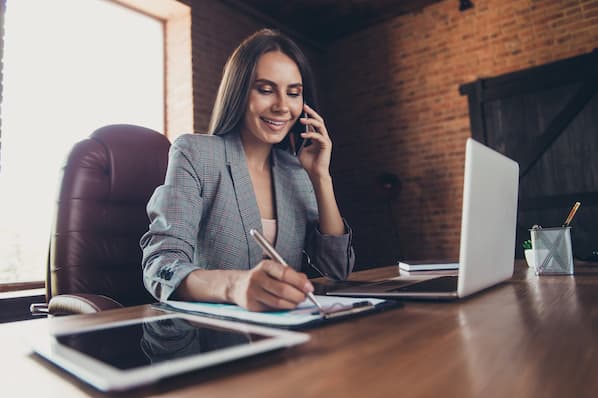 A cold call is inherently more personal than a cold email. It can garner an immediate response and lets you deal with a prospect saying "no" right away. Cold calls are also more dynamic than cold emails. They allow you to adjust your strategy to fit a prospect's needs as your conversation with them progresses.

The main risk you run with cold emails is being ignored. Prospects can be inundated with dozens of cold emails every day. The competition is stiff and abundant. In many cases, cold emails get blocked, go unopened, or are flat out deleted. And if one is compelling enough to generate a response, there's no telling when it will come.

All this begs the question: Phone or email? While there are a few tips that can help you decide, sales reps should know that — in the grand scheme of a sales engagement — it’s phone and email. However, I’m specifically addressing the first touch in this article, and since you shouldn’t issue an identical email and voicemail, you have to make a choice.

When deciding between trying a prospect by phone or sending an email, let the following factors be your guide.

That said, I like to reserve 3 p.m. and later of the prospect’s local time as my prime calling hours. Same goes for Thursdays and Fridays — I block out large chunks of time on these days for cold calling.

On the other hand, the ideal timespan in which to send email is shorter but more frequent. While I draft connect emails throughout the day, I am careful to send them either 10 minutes before the hour or 10 minutes after the hour.

These four criteria make it much easier to choose between an email and a phone call for your first outreach. But what about subsequent touchpoints?