Customary Pricing: What It Is and What It Looks Like 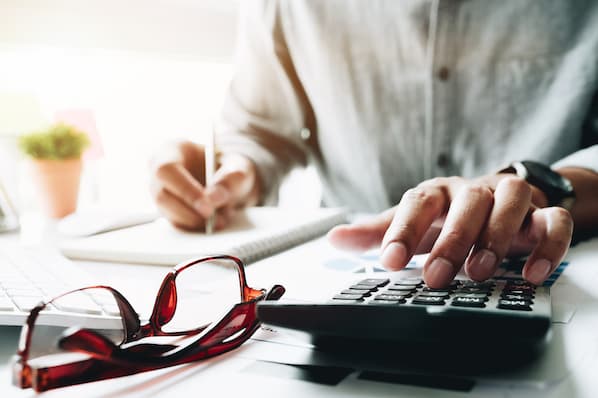 Some things never change. You'll always be from the place you came from. "Roses" by OutKast will always get the people going. And John Stamos will always look at least 15 years younger than he actually is — seriously, he's 56 but doesn't look a day over 35.

That principle of some things never changing — or at least being extremely resistant to change — is the basis for a concept known as customary pricing. It's the phenomenon that determines the price of certain, long-standing products or services based on how much the public is accustomed to paying for them. It occurs when the price for a certain good is so universally expected that it becomes customary.

Here's a more comprehensive definition of the term — along with some real-life examples and ways it can be approached strategically.

What is customary pricing?

Customary pricing is a pricing method where the price of a good or service is based on consumers' collective perception of its value. It's typically used for a product or service that has a consistent market history being sold around a specific price point — one that ultimately dictates how much it should cost.

Customary pricing applies to virtually any product or service with a long market history — ones whose price points are ubiquitous enough to be taken for granted. It's essentially impossible for newer products' and services' prices to be considered customary.

Generally, determining those prices means going through some trial and error before the public can definitively land on what they consider to be reasonable. There are a variety of examples of customary pricing available. Here are two — one pertaining to a general product and another covering how a specific company leverages the concept to help support a brand identity.

The way most candy bars are priced is one of the better-known examples of customary pricing. Barring some sort of promotion, the price of a candy bar tends to hover around $1 at most retailers — give or take a few cents.

That's because consumers' collectively perceive that amount to be a candy bar's value — and have for a long time. If you walked into a drug store and saw that they priced their candy bars at $5 each, you would automatically assume they were charging too much. But you wouldn't be making that assumption on any sort of factual basis. That would be impossible.

There isn't any sort of definitive standard for what a candy bar is actually worth, but given how they've been valued historically, there's a popular perception for how much they should cost — and retailers generally price them on that basis.

A more brand-specific example of customary pricing comes from Arizona Iced Tea. The brand has sold their 23-ounce canned teas at $0.99 since the company was founded. And its CMO, Spencer Vultaggio, confirmed that the company has no intention of ever raising its price in an interview with Thrillist.

The case of Arizona Iced Tea is an example of customary pricing being embraced and perpetuated by a brand. Consumers have come to associate that price with the company's products — to the point that it's become a part of its brand identity.

If you stopped at a gas station and saw that it was charging $1.39 for an Arizona Iced Tea, you'd understand that the price had been marked up. In this instance, a product's customary pricing was set by the public and affirmed by the company that manufactured it.

Leveraging Customary Pricing as a Strategy

Taking advantage of customary pricing is essentially a form of psychological pricing. One way businesses incorporate customary pricing into their pricing strategies is by setting and maintaining specific prices, hoping that consumers will eventually take them for granted.

For instance, if a movie theater chain knows it has a solid profit margin selling tickets at $12 — a price consumers are receptive to — it could set that as its long-term ticket price. Ideally, the theater's patrons will become accustomed to that price, and any sort of promotional discounts will seem particularly valuable.

Another way some companies approach customary pricing is by undercutting the "established" value of certain goods and services. Let's say most people are so used to paying $10 per month for video streaming services that that price point has become customary. If a new service is willing to offer access to its platform for $8 per month, it can create the perception of considerable value by defying consumers' pricing expectations.

Customary pricing is a relatively straightforward concept that applies to several products and services. It's a principle worth understanding with a host of different applications. It can help you create a brand identity by incorporating a specific price as a significant part of your sales and marketing efforts. You can also use a customary price as a reference point to help you create the impression of value.

Cost-Plus Pricing: What It Is & When to Use It

B2B Pricing Models & Strategies [+ Pros and Cons of Each]