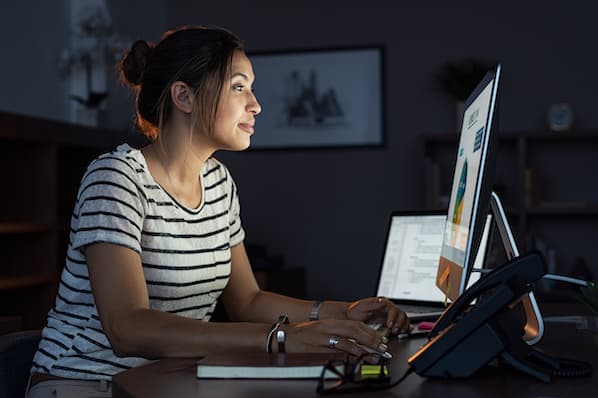 Imagine you're shopping at a men's department store in the dead of winter. What kind of clothing do you imagine is on display? In all likelihood, you'd find coats, scarves, and sweaters in its windows and laid out in the more prominent parts of stores.

If you were going to find a pair of swim trunks from the past summer's collection, you'd probably have to look on a clearance rack. Of the items I just mentioned, which ones would most likely be on sale?

As you can assume, it would probably be the swim trunks, and that's not because they're inherently less valuable than scarves or sweaters — it's because they're out of season and, in turn, the object of lower demand.

The principle behind that trend provides the basis for something known as demand-based pricing. Here, we'll more concretely define that term, get a picture of some of its more prominent applications, and see some examples of what it can look like in practice.

What is demand-based pricing?

Demand-based pricing any pricing method that considers fluctuations in customer demand and adjusts prices to fit the changes in perceived value that come with them.

Demand-based pricing comes in a variety of forms — all united by the fact that they play on consumer demand. These methods can vary based on several factors, including a company's business goals, its place in its market, consumer preferences, and the quality of its product.

The specific demand-based pricing method a company will employ also relies on how and when a company enters its market. Generally speaking, original innovators won't apply the same methodology as those that make a budget-friendly alternative.

Take a deeper look into what dynamic pricing is and how it can apply to your business in this video:

Here are some demand-based pricing methods that might suit your company — depending on where your business stands.

Price skimming is the practice of identifying and charging the highest price of a product consumers are willing to buy and charging less as time goes on. So a company might set the price for its product as disproportionately high initially, but as new competition emerges and the consumer surplus decreases, that company will gradually scale its price down to accommodate an increasingly price-sensitive customer base.

The strategy is most often employed by creators of novel technology. As the competitors in those companies' spaces catch up or present their own alternatives, the original innovators need to adjust their prices to adapt.

Penetration pricing is the process of attracting new buyers to a product or service by undercutting its value upon initial offering and setting prices low. The intention is to create the perception of that product's value relative to its competitors.

It's a process built on the idea that lower prices can increase brand awareness, and once your brand has captured consumer attention, it will retain the customers that took a chance on the product — even if prices rise.

Value-based pricing is the process of pricing a product based on how much consumers think it's worth. The concept applies most with products designed to enhance a customer's self-image. Customers pay a price completely based on their collective perception of its value.

That's often a matter of the grandeur of the product. Value-based pricing is what drives what might feel like excessive prices for premium goods. Still, based on the breadth of its applications, it's a concept worth understanding.

If you were to go to a destination like Las Vegas on New Year's Eve, the prices for a nonstop flight from Boston will probably be higher than those of a flight to Boise, Idaho.

Those two flights will be about as long as one another and require the same amount of fuel. But in all likelihood, they would have significantly different prices.

The rates for Las Vegas, a seasonal destination, would cost more. Demand during that period is decidedly higher for one location, therefore, it costs more to go there.

The price of admission to Disney World varies tremendously by season. The parks hike up prices around Christmas, New Years, and Easter. Conversely, prices during January and early February tend to be the cheapest.

The reasoning behind these price fluctuations is pretty straightforward. Big holidays drive demand for tourist attractions like Disney World, whereas the latter portion of January and early parts of February immediately follow big travel seasons — when families have typically taken time off and already traveled.

Apple generally employs price-skimming with each new iPhone generation it releases. It typically prices each new model at what seems like a disproportionately high cost.

As time goes on and the demand for the new phones at that initial price point wanes, the models get progressively less expensive. Eventually, it releases a new iPhone model, and the cycle restarts.

Demand-based pricing comes in a wide variety of forms that accommodate different business needs and market positions. It will take some thought and careful consideration to pin down a strategy that best suits your company. Still, no matter the nature of your business, it's with understanding the fundamental principles of demand-based pricing.

A Crash Course on Prestige Pricing [With Real-Life Examples]

A Simple Refresher on Price Elasticity & How to Calculate It

The Ultimate Guide to Pricing Strategies