Why “Does That Make Sense?” Is the Worst Question You Can Ask in Sales 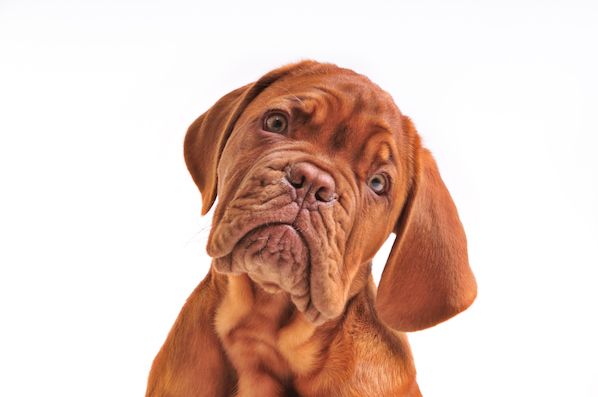 "Does that make sense?"

“Does that make sense” is a phrase that creates uncertainty and doubt instead of being reassuring. It can imply that the other party is obliged to understand what was said. A better phrase to use is “How does that sound to you?”

We’ve all heard it before. You’re deep in conversation or on a demo, being sold to, and the sales rep asks you, “Does that make sense?”

But what you’re really thinking is, “I have no idea what you’re talking about. I can’t wait for this call to end, so yeah, sure, it makes sense.”

What’s worse than hearing this phrase is saying it. And I know you’ve used it too. Asking “Does that make sense?” comes from a place of innocence – maybe even a place of compassion. You want to affirm that your prospect understands what you’re saying, so you ask the question and mean it. Unfortunately, it actually just confuses the prospect, which is the opposite of what you were going for.

Here are three reasons why it’s such a horrid phrase, and three new ways to ensure your prospect is adequately informed.

Why You Shouldn't Ask, "Does It Make Sense?"

1. Instead of reassuring the prospect, it creates uncertainty and doubt.

If a sales rep is good at communicating she doesn’t need to ask the question. During sales conversations, you’re not only supposed to be the expert of what you’re selling, but also of how you sell it. But asking “Does that make sense?” casts uncertainty on you about the accuracy or veracity of your content and puts you in a position of weakness.

Oftentimes there are more decision makers involved than are on a call. If your pitches and explanation aren’t clear enough and you’re not sure if you’re articulating the value clearly, how is your prospect supposed to communicate back to their team and other decision makers? They won’t, at least not effectively.

In addition, the phrase sounds like you’re questioning the prospect’s ability to understand what you say or appreciate the content. How condescending!

Try this instead: “How does that sound to you?” is a great first step and will give you a true sense of how they interpreted your information so that you can adjust accordingly. It’s an easy phrase to start adopting right away.

2. You’re just using it as a transitional phrase

Chances are that you employ the question when you’re about to explain something entirely new. The prospect can tell, too! They know you’re not looking for a true answer. They understand there’s more to dive into, so out of habit they say yes so you both can move on.

In sales, don’t ask questions you don’t really want the answer to, especially if the answer is always going to be the same. If you’re using the worst question in sales, your prospect can tell you want to move to the next step, and you’re essentially choosing not to empathize with their level of understanding.

In sales, dumb questions are the ones that don’t give reps more insight into their customers’ buying journeys. When you ask, “Does that make sense?”, what you’re really asking is, “Am I doing my job?” People don’t want to respond no to that question.

Smart sales questions, on the other hand, don’t typically evoke a yes/no response. Smarter questions make the prospect talk ... a lot. Avoid “yes/no” responses and get the prospect to open up about how they view the value of what you are selling for a more honest, valuable exchange of information.

4. You don't expect an answer

This is the type of question you're not expecting an answer to. So, when a prospect actually says, "No, I don't understand," you might be a little caught off guard and appear unsure of yourself or the product/service.

If there's a moment where you ask, "Is that clear?" be prepared for a negative response, and instead of forging ahead with an answer, ask clarifying questions.

5. Not everyone feels comfortable answering

We've all been in meetings where the presenter asks, "Does that make sense?" and, while you're extremely lost, no one else says anything so you keep your mouth shut.

The presentation moves on, but you lack crucial understanding that makes the rest of the slides seem jumbled. Don't risk this in your presentations. If one person's lost, it's likely others are as well. Rephrase the question so it's more approachable to all attendees.

Try this instead: "So, I've just explained [give a one sentence recap of what you've just covered]. People often have questions here. What questions do you have?" You've given a brief overview of the topic, and you've lowered the barrier to questions by explaining many people need clarification at this stage.

“Does that make sense?” is an incredibly common question on sales calls, but one that provides very little additional value to either party. Instead of relying on it as a filler or using it to force a transition, try out the alternatives above to create a more productive conversation that actually makes sense.

The 18 Best Bluetooth Headsets and Earpieces for 2021

In Sales, Tonality Matters More Than You Think. Here's Why