Down-Selling: the Art of Strategic Compromise and Salvaging Sales 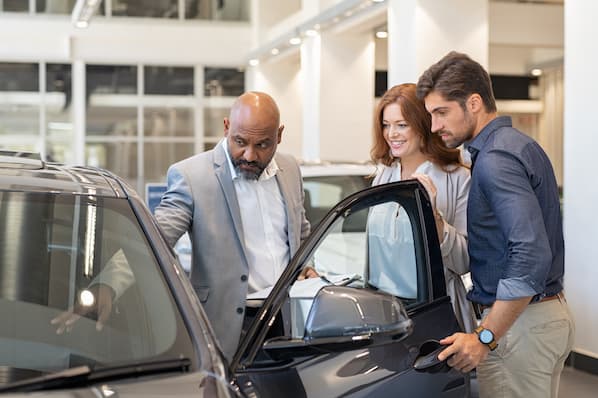 Mick Jagger said it perfectly, "You can't always get what you want."

The world around you is going to throw you curveballs. Nothing is promised, and in many cases, you're going to have to adapt to situations that don't go according to plan.

That premise — not always getting what you want and having to adapt — is the basis for a sales practice known as down-selling. It's the art of strategically presenting prospects on their way out the door with financially viable alternatives that keep them interested.

Down-selling is a skill every salesperson should have in their repertoire. It's a way to salvage potential deals and extract some value from disinterested prospects that were planning on jumping ship entirely.

Down-selling can take on a variety of forms, and the method that works best for you will depend on the nature of your business. Still, it's an important principle to have a grasp on. Here, we'll get perspective on what down-selling is, some examples of what it might look like, and a picture of its benefits and potential pitfalls.

Down-selling is the strategy of countering a prospect's price-based objections to a sale by offering a lower-priced alternative or discount that better suits their budget. It's generally only employed when a prospect has clearly indicated they aren't interested in buying.

Down-selling should only be employed when you're absolutely certain your prospect isn't going to buy the product or service you initially offered at a particular price point. They might have explicitly stated that they don't have the budget for that initial offering or, in the case of mediums like ecommerce, they might stop looking at or researching the product.

The key here is to only down-sell when they've hit that point. You don't want to do it too early. If your prospect is still legitimately mulling over whether they'd like to buy your higher-priced product or service, abruptly introducing a lower-priced alternative might undermine your potential sale or confuse that prospect and make them reject your offerings altogether.

Say you work on the sales floor of a luxury car dealership. You're courting a prospect to buy a fully loaded model of a new SUV with leather massage seats, surround sound speakers, a touch screen embedded in the dashboard, and all kinds of other bells and whistles. After careful consideration and conversation, they decide that the car is out of their price range.

In that case, you wouldn't just let them walk, you would probably try to down-sell them. You might take them to look at the previous year's model — or maybe an option with fewer superfluous features.

If a prospect demonstrates an interest in a product with an aversion to its price, you have to down-sell. In this case, that would mean physically leading them to a reasonable alternative, similar to what they were looking for in the first place.

Say you operate a website that sells refurbished smartphones. You have a prospect who placed an iPhone 11 in their cart — only to abandon it before purchase.

In doing so, they demonstrated that they are no longer interested in that model. One way to down-sell would be to send them a cart abandonment email, offering a link to an earlier model or a discount code for a future purchase.

Here's an example of an excellent cart abandonment email from Etsy:

Abandoned cart emails are an excellent down-selling safeguard to have in place when running a business primarily through ecommerce.

This particular method isn't exactly a conventional example of down-selling. Let's assume you're selling a subscription-based marketing automation software for businesses of any size. There is a specific subscription option with particularly attractive profit margins that you'd like to push, but not every business can afford it.

In this case, you might create a value package — an option you offer at a lower price than your preferred subscription with a more limited suite of features. On your pricing page and in your marketing materials, you try to sell your preferred model, but you still include your value package as an option.

Here's an example of this method from Nextiva:

Providing reasonably-priced alternatives to better suit individual prospects' needs and interests demonstrates that your business is thoughtful and considerate.

You're showing that you understand and want to best serve your customers. And if they get a lot out of your lower-priced product or service, there's a good chance they will remain loyal and ultimately upgrade to a higher-priced option.

You still get something for your efforts.

If you down-sell to a customer, it generally means you're not making the sale you were looking for. The product or service you were trying to push at a certain price point didn't line up with your prospect's needs and expectations.

Though that might be disappointing, down-selling can help cushion the blow. If you successfully down-sell your prospect, your efforts weren't in vain. Something is always better than nothing — the concept of down-selling is built on that principle.

Down-selling is a tactic that allows you to get the most out of your sales efforts, so it serves you to find a method that suits your business model. You might not be able to get what you want, but a sound down-selling strategy lets you get what you need — at the very least.