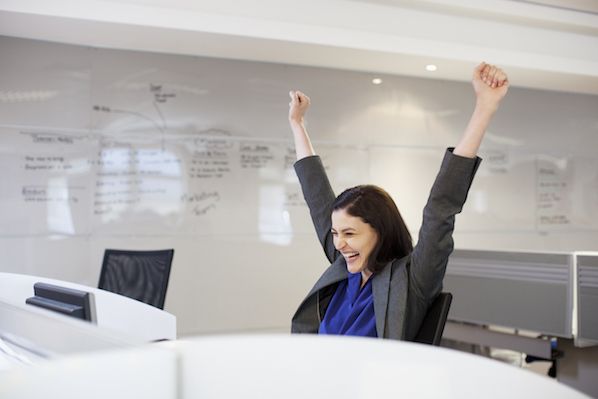 From my experience, there are two factors:

When most people hear “no, they think, “Alright, well that sucks … and then they move on and never follow-up again. In reality, that is the worst thing you can do.

Because, from my experience, by consistently following up with people who’ve said no, I’ve been able to turn an initial “no into an eventual “yes … many times.

But it requires you to have the correct follow-up email templates and understand the philosophy that focuses on building long-term relationships.

If you get this down pat, I promise you’ll be much more likely to get the 70% response rate I’ve been able to achieve -- and sell more by doing less.

Here are the follow-up email templates that help me turn “no into a “yes:" 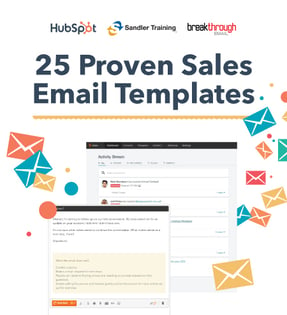 Step 0: Review of the system

To quickly put this into context, I was reaching out to these executives to speak at an event called Traction Conference in San Francisco.

*Editors update: Traction Conference is held this year from August 8-9, 2018 in Vancouver, BC.

Here are a few of the people I’ve gotten to speak, as a result of these follow-up emails:

The very first email I’ll send people is this:

Invite to speak at Traction Conf SF on Oct 8

How's it going? Last month's Traction Conference was hugely successful. We had a solid speaker lineup, including the CEO of Twilio, almost 1,000 attendees, plus reporters from BBC, TechCrunch, Bloomberg, and more. Here's the highlight video [link to video].

We'd love to have you speak at Traction in San Francisco on October 8 at the InterContinental Hotel. Hoping we can make it work.

But if they don’t respond, I send this follow-up email sequence that leads to a 70% response rate.

Here is the first follow-up email I send:

Invite to speak at Traction Conf SF on Oct 8

Since my last email, we've confirmed the Co-founder of Lynda.com, CEO of AppDirect, Co-founder of Zoosk, and the Author of Traction Book. We're are still in the first couple of weeks of speaker outreach.

Are you able to join us?

Here are the three options (and actions I take) after sending this email:

For the second follow-up email, I add more social proof. I’ll update them on new speakers that have been added, and encourage a response:

Need a reason to speak at Traction Conf?

We’re planning to announce Traction Conf next Tuesday. Here’s the updated list of speakers - CEO of AppDirect, CEO of Lynda.com, Co-founder of Zoosk, Head of Growth at Mixpanel, Head of Growth at Homejoy, Head of Growth at Quora, Head of Marketing at Porch, Author of Traction Book... Plus reporters from BBC, TechCrunch, Bloomberg, HuffPo, CBC News etc. will be there.

Would love to have you speak. Can you confirm before next Tuesday?

This is very similar to the first follow-up email, keeping this casual and friendly tone … continuously adding more credibility.

Here are the three options (and actions I take) after sending this email:

If I don’t hear back by the second email, I’ll send one final email (and set myself free of my own personal follow-up email misery):

I don't want to be a nuisance, so it would be much appreciated if you could let me know if you'd like to speak at Traction Conference, San Francisco on October 8. If not, I won't send you another email.

If they say yes, I’d suggest being very prompt with your follow-ups. I have a reputation for responding to emails in seconds, and as a result, I've gotten great feedback:

"Lloyed is a machine. He responds to your emails in split-seconds … He gives without expecting anything in return. Genuinely a positive force (and literally he is a force). - Hisham Al-Shurafa, co-founder at SnapDx and Pixineers,

Similarly, once we confirm speakers, we are very diligent and detailed in the follow up information we send. Likewise, people love the attention to detail:

“Thanks Lloyed, this is all super helpful. I wish every conference was as organized as yours! - Sharon Kempner, Lynda.com

But of course … this still doesn’t answer the inevitable question: "What if they say no?"

This brings me to my final point -- even if you're using sales automation to speed up your sales cycle, focus on the relationship not the close.

To be successful with this system, focus on building long-term relationships.

By automating my process for finding prospect’s email addresses and sending 250+ emails in just one click using mail merge, my core focus is on:

Prioritizing these core areas allows me to spend 80% of my time focused on building relationships. Because the goal of each email is to simply get the first conversation started.

Even if they say “No, focus on building a relationship for the long haul.

I’ve booked plenty of speakers who said “no the first two times, but with more social proof and bigger speakers, they finally end up saying “yes. Or if they say “no for this conference, I’ll reach out a few months later for a different conference.

Statuses change, motivations change, schedules change. If you’re top of mind, your chances of converting a “no to “yes are a lot higher.

I’m confident this system will automate your ability to get new business.

However, every industry will have its own nuances. So, start by trying to understand your target market and build your strategy from there.

For more follow-up sales email templates, check out this massive collection of them.

How to Increase Sales: Tips from HubSpot Experts

3 Drip Campaign Emails With An Above 40% Open Rate