The Definition of Going Rate Pricing in Under 200 Words

You're probably familiar with the concept of going rate pricing — even if you don't know the term itself. For instance, let's say two parents plan to go out for dinner on a Friday night, but they need someone to take care of their toddler. They reach out to a neighbor who happens to be free and agrees to babysit. 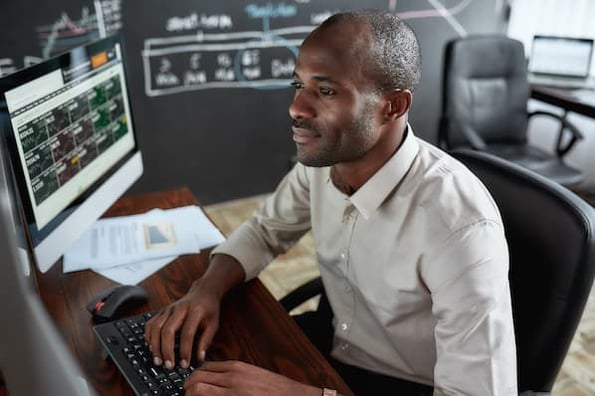 With that straightened out, the parents need to decide what they're going to pay their neighbor, but they don't know where to start. If they wanted to land on fair compensation, they'd likely try to figure out what the going rate for their neighbor's services is — a price based on what all the other babysitters in the area are charging.

As you can probably assume, this strategy isn't specific to local babysitters, several companies and corporations leverage it as well. Let's take a look at what that can look like.

The going rate for a product or service is based on its market price — what competitors with similar offerings are selling their products for. But, how do you find the market price?

Most often, the largest player, or leader, in the market for a product or service moves first. And the smaller businesses follow their lead and adjust their prices based on the leader's prices.

For instance, the market price for steel doesn't start with minor manufacturers — they lack the economic weight to make that happen. Manufacturers that produce tens of millions of tons of steel annually gauge demand for the commodity and set their prices accordingly.

Those prices ultimately dictate the market price for steel. Then, those minor manufacturers set their prices at that rate to stay afloat within their competitive landscape and keep customers from purchasing from firms offering lower prices.

When there isn't a clear leader, a business can calculate the mean price for all the competitors in the market.

Going rate pricing is when a business sets the price of its product or service based on the market price. This pricing strategy is often used to price similar products, like commodities or generic items, that have little variation in design and function.

Since competitor prices tend to be similar, it's challenging to differentiate your product or service from the competition. Businesses that excel with this pricing strategy benefit from a strong branding and marketing strategy. Creating a positive brand perception and communicating the value it provides can help your business stand out from the crowd. 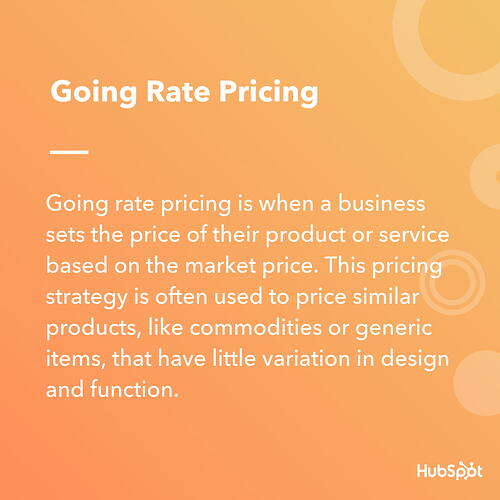 As I mentioned, going rate prices typically apply to industries where firms all sell fundamentally similar or even nearly identical offerings. Commodities and certain services tend to fit that bill.

Certain commodities are typically sold in primary form — meaning they're distributed with little to no value addition — with prices that fluctuate with global supply and demand. Firms that sell these products often charge an industry-standard going rate as a result.

For instance, a company that farms and distributes wheat probably won't charge a steeper price than its competition. Since its product is virtually indistinguishable from its competitors', it lacks the means to differentiate itself from its industry peers and justify a higher price point. It will charge the going rate for its community to remain financially viable and competitive in its market.

Metals are another category of commodity with prices dictated by a going rate. Gold is gold, no matter who's selling it — it's hard to discern its quality and price it on that basis. There's a going rate for it, and virtually every firm that sells gold will charge either at or around it.

The price of certain services in a given market can be dictated by a going rate — particularly ones that don't allow for significant differentiation.

Let's take our babysitting example from the introduction. In this case, they find that most babysitters in the area charge around $15 per hour. If a babysitter asks for $30 per hour, they're significantly overstepping the going rate for their services, and the couple would likely look to the significant base of babysitters who charge the going rate — the price dictated by the market.

If you're selling a product or service that is similar to the offerings above, then a going rate pricing strategy could be a good fit for your business.