We all know that person. The one who runs tons of projects at work, hangs out with family, preserves personal relationships, gets to the gym daily, and still manages to have time to open up that home brew kit.

Would you believe me if I told you that these hyper-productive individuals aren’t actually working 10X more hours?

Charles Duhigg, author and Pulitzer-winning journalist for The New York Times, has spent years investigating what makes some people and teams more productive than others. Duhigg revealed these findings in his latest book titled Smarter Faster Better, which we had an opportunity to discuss with him on this week’s episode of The Growth Show. (Full episode below.)

So what's the secret to building a happier and more productive team, career, and life? Well, let's start with a story ...

What Do Ultra-Productive People Do Differently?

For Duhigg, it all started with an attempt to schedule a conversation with a well-known author. Unfortunately, the author -- who was also a Harvard surgeon and writer for The New Yorker -- couldn't find the time to meet with him. That made sense. He's really busy. However, a later conversation with a mutual friend revealed the truth: The author couldn’t chat because he was taking his kids to a concert and then going on a vacation with his wife.

What kind of wizardry was allowing this guy to make time for his profession, hobbies, and family life -- all while dishing out a relaxed persona? What was he doing differently?

“They [productive people] govern their own minds in a way most of us don’t. They see these choices that most of us don’t even know are there. They get more done with less stress and waste,” explains Duhigg. But this is just the tip of the iceberg in Duhigg’s explanation of why these types of people are succeeding. (For a deeper dive, check out Duhigg's interview with The Growth Show.)

In search of some actionable insights, we asked Duhigg to come up with one thing that non-productivity experts could start doing today to work smarter, faster, and better.

His answer? Make better to-do lists ... because you are probably doing them all wrong.

The Right Way to Write a To-Do List: A 3-Step Process

Already writing to-do lists? Kudos to you. You’re on the right track. We just might need to switch lanes to get you to your optimal level of productivity.

While there are plenty of strategies and tests out there to help you master to-do list creation, Duhigg's research-backed approach suggests that we might be looking at them the wrong way.

You see, the way that most people write to-do lists is by starting with low impact, low maintenance tasks, and saving the daunting tasks for last. They want to cross items off the list as soon as possible. Why? Because it makes them feel good (thanks, dopamine!).

As a result, most people put easy items at the top -- or even add items they’ve already completed -- in hopes of gaining some instant gratification. Psychologists refer to this as using a to-do list for mood repair. And according to an article by Timothy Psychyl in Psychology Today, putting off tough items and saving them for last actually increases the amount of negative feelings we experience later on.

To combat this, Duhigg suggests the following process.

Step 1: Think of your stretch goal for the day.

This could be anything from coming up with a new promotion strategy to organizing your kitchen. Think of the larger picture.

Step 2: Write your goal at the top of your page.

By keeping the stretch goal at the top of the page you never lose sight of your top priority. This helps keep you on track to ensure tasks you are completing are moving you towards the end goal.

Step 3: Break your goal down into actionable/measurable steps.

Large goals can seem intimidating. By breaking them down into small, approachable pieces rather than one big ominous mass, it becomes much easier to make progress.

To start, try to determine what are you are capable of accomplishing in a particular time frame, and then evaluate how are you going to measure your progress. For example, Charles uses SMART goals (Specific, Measurable, Attainable, Realistic, Timely) to help set these next steps.

The lesson? If you want to get closer to your stretch goal faster, take an extra minute to re-work your to-do list. This small step could help you not only boost your productivity, but also eliminate that anxious feeling you get when you procrastinate. (These 10 to-do list tools won't hurt either.)

Want more advice on how to be productive? Check out the rest of our conversation with Duhigg on The Growth Show on iTunes. 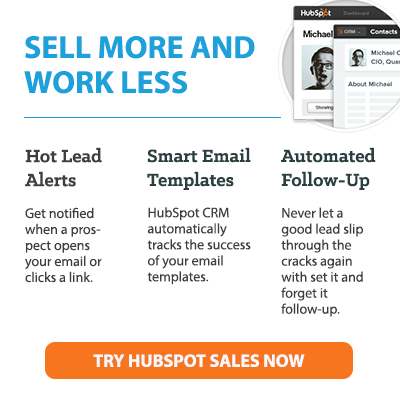