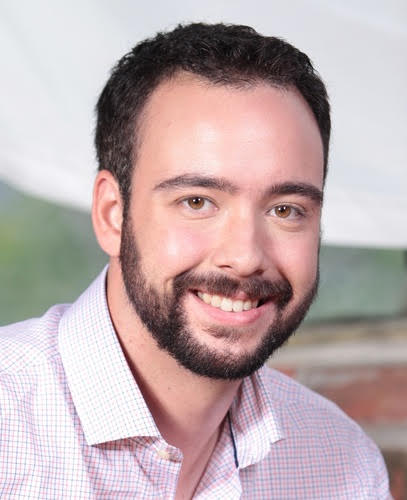 Having access to the decision maker early on can often make or break your sale. Buy-in from the decision maker make negotiations go much more smoothly and make closing the deal go much faster. The best prospectors and sales professionals use social media to not just get to decision makers, but turn them into champions.

Social selling is quickly becoming a very hot term, but almost everyone uses it in a slightly different way. Social selling isn’t a magical way to get every decision maker to reply to you and shorten your sales cycle 95% while increasing your deal size 200%. Social selling is best viewed as using your network and social media channels as a way to enhance your existing sales efforts.

Some common and creative examples of social selling include:

Social selling gives you a lot of room to maneuver, but if you follow these guidelines, you’ll be much more successful. Social selling is a great tool, but if you abuse the privilege of having easy access to decision makers, it can come back to bite you, ultimately doing more damage than good.

If you’re engaging directly, you have to be sincere. Anything less, and buyers will see right through your thinly veiled attempt. Make sure that your Twitter feed isn’t just you @messaging various prospects.

Nobody wants to read your novel. Craft and edit your message to three sentences or less.

Twitter is great practice for this. It may be tough to keep your message to 140 characters, but if you’re talking to someone for the first time, you haven’t earned the right to more than a few seconds of their time.

3) Respect everyone you deal with.

Just because you have direct access to a decision maker doesn’t mean you should jump over everyone else’s heads.

Use social media as a way to get access to someone you wouldn’t normally have access to. Don't pitch them right off the bat -- interact, engage, and add value first.

5) Make sure your social presence is in top order.

That means a clean profile on whatever social channels you’re engaging with potential customers, making sure you’ve cleaned up any questionable content, and offering something of value for your target audience.

Leveraging Social Selling to get to the DM

There are three primary ways to use social media to help out your sales cycle, particularly when it comes to getting the attention of a decision maker: Gathering information, establishing a point of reference, and communicating directly with your decision maker.

When you are fortunate enough to book time with a decision maker, you need to make every minute, question, and moment count. If you can skip the basic discovery questions, and get right into the meaty discussions of how your solution can help them, it will go a long way to establishing you as a competent professional.

It’s amazing how much information is willingly shared. You can find out about new hires, new customers, where people are at a given moment -- even what they’ve eaten. All of this can be used to help you sell and make you look better in the eyes of a decision maker.

I investigate the following questions on social media to move faster with the decision makers I talk with at Venngage:

Even if you aren’t using social media to chat with the decision maker directly, you can use the information you’ve gathered to get to a meaningful conversation much more quickly during your next chat with them.

The effectiveness of cold calling has been debated since the first dial was made. It’s getting tougher and tougher to book a meeting or demonstration on a call.

Obviously it’s difficult to research everyone that you call up, but for your key accounts, a couple of minutes of research can go a long way to build the instant rapport you need to book a meeting.

One of the most successful ways I’ve leveraged social media to get in with a decision maker is to reference something they’ve done recently right in the subject of the email. For instance: “I saw that you tweeted out … " "Saw your post on LinkedIn … ” For the record, I’ve realized a much higher rate of booking meetings with decision makers through email rather than on the phone and I’ve never had a voicemail returned with any serious intent.

This is very much a double-edged sword. Social media gives you access to just about every decision maker there is in addition to high-ranking influencers.

Though it’s great to be able to send anyone an InMail on LinkedIn, it also means your message needs to be really good, or you’ll get lost in wash. While it may be tempting to send the decision maker a message centered on what you’re selling (after all you’re selling the greatest thing since sliced cheese so who wouldn’t want to hear about it?), the risk of coming off as tacky and self-centered is high.

So instead of pushing your pitch right away, use your ability to communicate directly with decision makers in more tactful ways to help you win the deal.