How to Write a Proposal: The Last Guide You'll Ever Need

Document your proposal writing strategy in this sales plan template. 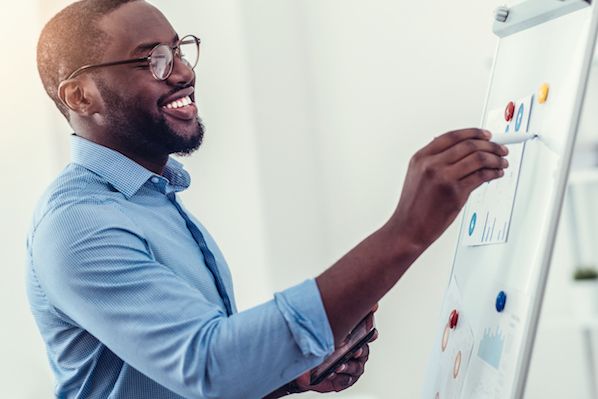 How to Write a Proposal

Let’s face it, there’s nothing fun or sexy about sales proposals. You’ve got a hot lead and you’re anxious to close the deal. But before your prospect will sign on the dotted line, you’ve got to provide them with the paperwork necessary to do so in the first place -- and often, that process starts with a sales proposal.

Plenty of salespeople drop the ball when it comes to sales proposals, treating them as nothing more than an administrative hurdle to be jumped in pursuit of the deal. That gives you an opportunity to stand out and differentiate yourself -- if you’re willing to put the time into writing a great proposal.

A business proposal is a multi-page document that outlines who you are, what you’re offering, what results you expect to achieve, and how much it’ll cost the client. Sales or business proposals aren’t required in every purchase decision; they’re more commonly used in complex sales processes or larger organizations with defined RFP (request for proposal) processes.

Tell us a little about yourself below to gain access:

STOP: Should You Be Writing a Proposal?

But before I get into what a great proposal looks like, I want to point out that there are a few circumstances where sales proposals aren’t necessary (or even appropriate). Ask yourself the following questions before you start writing:

A good sales proposal should never be a surprise. Instead, it should feel like the next logical step in the conversations you’ve been having with your prospect and the relationship you’ve been building.

Make sure you’ve answered all of the questions below before starting work on your sales proposal:

The principles below aren’t set in stone. Instead, think of them as general guidelines you can use as a starting point to give your proposal direction. Don’t be afraid to go your own way, when appropriate.

Think you’re ready to send? Hold your horses. You’ve got a few final checks before sending your proposal on its way.

You don’t sell the way you did when you first got started. Your sales proposal process has to evolve as well. To increase your odds of landing more closed-won deals in the future, you need to be paying attention to your sales proposal KPIs.

A few of the obvious metrics you could track include:

However, because the proposal process is so important to your overall success as a salesperson, get creative by moving beyond these base metrics. For example, could you track the number of prospects who reach out with follow-up questions because something in your initial proposal wasn’t clear? If you’re using a SaaS proposal program, are you able to monitor how much time prospects spend viewing your documents?

Landing more business by improving your sales proposals isn’t rocket science, but it does require some effort. Review the guidelines described above against every proposal you send, and look for cues that suggest prospects are responding well to your proposals.

With time and a commitment to continuous improvement, you’ll find that business proposals aren’t something to dread. Instead, when wielded well, they can be a valuable tool in your sales arsenal.