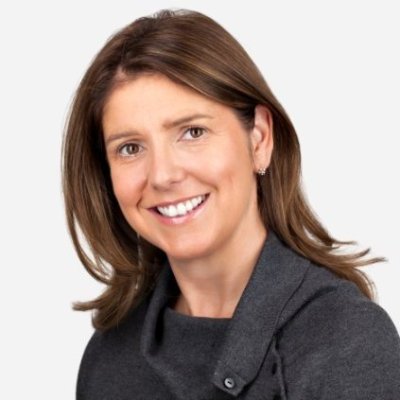 Over the last 20 years, companies have spent more time and money on improving leadership capabilities than ever before. In fact, a recent CMI report found that every year, the average British business spends between £1,400 and £1,700 per manager on leadership training, while time invested in this training has doubled since the 1990s.

As a result, the leadership industry has grown rapidly, to the point where it is now worth 35% of the entire U.S. corporate training market, according to Forbes. Yet, research suggests it is actually failing to produce great leaders, meaning you may be wasting money hiring leadership trainers.

So where is the industry going wrong?

If you have worked with leadership trainers in the past, you will almost certainly have heard them use the word "authenticity." It is one of the biggest buzzwords in leadership development today and is repeatedly emphasized in training seminars and books.

However, Jeffrey Pfeffer, a professor at the Stanford Graduate School of Business, believes this constant quest for authentic leaders is misguided, and that being inauthentic is often more beneficial.

“One of the most important leadership skills is the ability to put on a show -- to act like a leader, to act in a way that inspires confidence and garners support -- even if the person doing the performance does not actually feel confident or powerful,” Pfeffer writes in his book, Leadership BS: Fixing Workplaces and Careers One Truth at a Time.

Pfeffer believes that most successful leaders in the corporate world have mastered the art of being "usefully inauthentic" -- that is to say, adapting their behavior, wants, needs, and beliefs to better suit the situation they find themselves in. Stanford GSB even provides a course called "Acting With Power," which draws on concepts of psychology and performance art, teaching its students the importance of "playing the role" of a leader.

2) Disconnect Between Training and Work

Another problem with the leadership training industry is the disconnect between learning and actual work, because leadership programs often take leaders away from the workplace. While off-site development can have its advantages, your staff will typically retain just 10% of the information presented to them in a classroom-type setting, compared to a retention rate of more than 60% when they learn through doing.

For this reason, investment in leadership training can often produce very limited results, unless the development of leaders is tied in closely with work and actual on-the-job projects. Ideally, to make the investment more worthwhile, the leadership industry needs to do more to teach businesses how to include developmental opportunities in every major business project, and classroom teaching needs to be used in conjunction with practical methods.

3) A Lack of Individual or Personal Focus

If you outsource your leadership development, you will often find that trainers provide generalized information, which lacks an individual focus. Unfortunately, repeated studies have shown this to be an inefficient way of imparting information and influencing behavior. Your leadership prospects need to know why the information is important to them on a personal level, and how they could personally benefit from changing their behavior.

“To learn, leaders need to also generate their version of the knowledge ... to make the insight their own and apply it to their role,” says Jan Hills, a partner at Head, Heart + Brain. “Unless leaders can apply the learning personally they will find it terribly hard to apply it to others.”

Hills also feels that effective learning requires leaders to utilize their own insight. Indeed, it could be argued that leadership development needs to encourage prospects to ask their own questions and draw on their own experiences, whereas most leadership trainers focus on trying to transfer information directly.

Another of the conclusions Jeffrey Pfeffer draws in his book is that modern leadership training places too much focus on exceptional cases. When working with leadership trainers, you may have found that they like to draw from examples such as Mark Zuckerberg and Steve Jobs. But while they are examples of exceptional leaders, they are also very specific examples, which often have little relation to your business.

In addition, a lot of the stories surrounding these legendary leadership figures have been exaggerated or manipulated over the years. As a consequence of this, many of the lessons to be learned from them are not only irrelevant to your particular business, but they are factually inaccurate as well.

“There’s all this mythologizing that besets leadership, as people try to generalize and learn from exceptional cases,” Pfeffer explains. “That has resulted in this enormous disconnect between what actually makes individuals successful and what we think makes them successful.”

5) Inability to Influence Beliefs and Mindsets

Finally, one of the biggest reasons you may struggle to get results from outsourced leadership training is that many educators lack the ability to change mindsets over the long-term. In fact, far too many leadership programs expect people to change the way they act, while still holding the same viewpoints as before.

Neurological testing suggests that people are fundamentally unable to consistently act against what they believe to be true. It is not enough to tell people they are behaving in the wrong way -- they need to know why it's wrong, with clear evidence supporting that viewpoint.

Ultimately, this means that, unless a trainer can work on influencing people at the mindset level, they will only ever generate short-term behavioral changes and your leaders or potential leaders will soon fall back into old habits.

Do you agree that leadership trainers often hurt leaders instead of help them?

How to Make Your Sales Training More Inclusive, According to HubSpot's Inclusion Experts

The 5 Best Sales Techniques Every Rep Should Be Leveraging