The Risks, Benefits, and Point of a Loss Leader Pricing Strategy 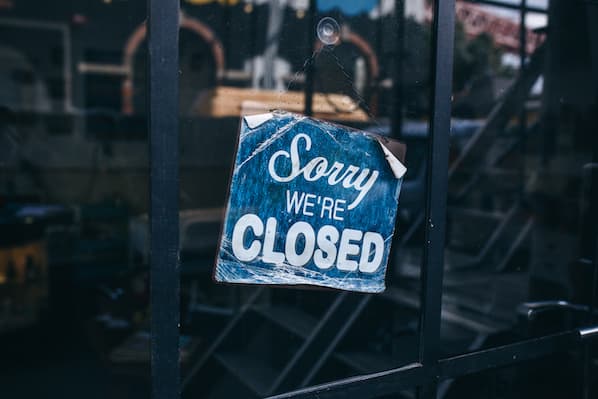 Ever wonder why milk is always at the back of the store? It's a staple in most American homes, so why isn't it conveniently up front?

Without even knowing it, you've encountered loss leader pricing.

Loss leader pricing is the time-honored tradition of pricing certain items -- like bread or milk -- below the cost it takes to produce them in order to bring buyers into the store and entice them to purchase other items -- like, say, cereal, a candy bar, and some laundry detergent.

It's a smart strategy, especially since recent surveys have found the average consumer spends $5,400 on impulse buys every year. That's $450 per month and around three impulse purchases a week.

So, if it's giving consumers good deals and bringing in added revenue for businesses, what's the problem? Let's dig in below.

Loss leader pricing is when a seller marks a product or service for sale below cost to lure buyers into their online or physical store. According to the strategy, the loss leader item is sold at a loss but the buyers it brings in will purchase other items, thereby negating the loss.

The point of loss leader pricing is to entice buyers into your store with a steeply discounted item. Hopefully, they stick around and buy more. This strategy is commonly used by retailers but can be used by other professional services as well.

Video game consoles are a common example of loss leader pricing. Consoles, such as the Xbox One X, are priced below the cost required to make them with the hope that consumers will buy expensive games and add ons once they’ve purchased the console itself.

Gillette has practiced loss leader pricing by selling their mechanical razors below cost. These blades didn’t have a long life and needed to be replaced soon after buyers received their low-cost razors. They purchased replacement blades or other Gillette products and completed the loss leader sales cycle.

“Introductory pricing” is a type of loss leader pricing. You probably recognize it when you call your cable company to cancel and they offer you six months of free HBO if you agree to renew your subscription.

Print news companies will often offer a trial subscription at a low cost. Once that trial period is over, however, the consumer's price will go up, sometimes drastically.

For example, a few years ago The New York Times offered me six months of weekend papers for approximately $25/month. Two years later, that monthly cost had ballooned to nearly $60/month, but I paid that monthly cost for another year before changing my subscription.

Many of the deals offered on Black Friday also employ loss leader pricing. Stores offer appliances, televisions, and toys at cost and open their doors early to attract buyers. Some retailers even offer free gifts to the first hundred customers in line to drive up demand and push more people into their stores.

The hope, of course, is that these buyers don’t simply take the free offer and run but that they stick around and buy other goods that are not as steeply discounted.

When buyers purchase a business’ loss leader product without buying other goods, this is called cherry picking. It’s one of the downsides of loss leader pricing. These buyers might visit several online or physical stores purchasing loss leaders at each but never buying another item.

The danger for these businesses is that they experience a loss that is not offset by the purchase of other merchandise. If buyers continue to cherry pick, businesses may lose too much money and face financial hardship.

To guard against this, purveyors of loss leader pricing often set limits to the quantity of loss leader items that can be purchased in a single visit. For example, a retailer might limit one loss leader television per person or cap a loss leader discount to the first 100 people in line.

If a retailer prices a product as a loss leader, they’ll likely draw quite a bit of business away from competitors who sell the same product at a higher price. This negatively affects the manufacturer/supplier who sees the volume of orders from non-discounting retailers drop and an increase in volume from the loss leader retailer rise.

This places stress on manufacturer/retailer relations and can lead manufacturers to feel they must lower prices.

Loss leader pricing often benefits large corporations that can afford to take a loss on some products or services to enjoy gains on other items. Small or local businesses are most often the losers in this scenario, as they can’t afford to cut prices so steeply.

Loss leader pricing has been banned in some U.S. states including Oklahoma, California, and Colorado. However, in some states, it's only partially banned, and it's legal in others, including Oregon, Texas, and New Mexico.Australia and Europe have also banned the practice.

So, before you try out loss leader pricing on your business, check to make sure you're in a location where it's still allowed.

Hungry for more pricing strategy information? Check out this piece on cost-plus pricing or this one on finding your product's actual selling price.

How To Price A SaaS Product

Odd-Even Pricing: What It Is & How to Use It