5 Phrases That Will Kill Your Sales Deal 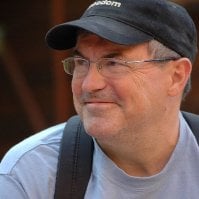 Top salespeople are successful because they sweat the details. They probe for pain, help their prospects, and run effective sales calls. They listen closely to what their prospects say, effectively determine the right solution, and ask for help when they need it.

Top reps are articulate, forceful, and direct. And most importantly, they don’t use weasel words.

“Weasel words” are words or phrases that subliminally undermine your credibility. Salespeople sometimes use weasel words to try and appear important, but prospects can see right through them, which undermines your trust and impacts your ability to close a deal.

Word choice on a sales call? Isn’t that a little control freak-ish?

No way. Think about it -- every word you say to a prospect is an opportunity to bolster or weaken your credibility, so top salespeople choose their words carefully. Below are the top five phrases that undermine your credibility.

This phrase is a colloquialism that calls to mind the old-time salespeople you see in infomercials selling you detergent at 3:00 a.m. on cable. You come off as disingenuous (or even slimy) because you have to ask for trust in a passive-aggressive way. If you’ve already established trust with your prospect, you never need to say this -- they will implicitly put stock in your words.

It also comes across as a condescending brush-off. Saying “Trust me” gives the impression that you’re glossing over something, don’t really want to explain the answer to your prospect’s question, or think they won’t understand it. It’s a deflection tactic that will arouse suspicion in your prospects, who will think, “What’s he hiding from me?”

Everything that’s wrong with the phrase “Trust me” applies here as well. But saying “To be honest ... ” has additional problems.

Your prospects will think, “Wait, what? So she wasn’t being honest in the first 25 minutes of the call?”

Like trust, honesty shouldn’t be something that needs to be explicitly addressed. It should be there from the beginning, and specifically calling attention to the fact that you’re being honest now throws all your other conversations into a suspicious light.

Well, can you or can’t you?

It’s okay to be uncertain, but it’s not okay to glide over a question and leave it unanswered. Instead, acknowledge that your prospect has asked you a interesting question (yes, literally say the words, “That’s a great question!”), and let them know that you’ll find the answer and send them follow-up resources.

Don’t undermine yourself by making up a quick answer that might be wrong. An incorrect answer that you give now will be far more damaging to your authority than having your prospect wait a few hours for the right one.

This is just flat out offensive! Anyone who asks this question should be dragged out of the sales profession immediately. If your prospect isn’t the sole decision maker, you’re going to make them uncomfortable -- not to mention you’re suggesting they’re not worth talking to unless they are a decision maker, which is both shortsighted and rude. This question is a great way to condescend to somebody. Stay away!

5) Any industry jargon or acronyms.

As a salesperson, you’re immersed in your own industry. You’re familiar with all the lingo and inside language. But remember that the acronyms and phrases you take for granted are probably foreign to your prospects.

Don’t get myopically focused on what you know and assume that your prospect is on the same page. You should be able to explain these concepts in a simple way, so do it! Using jargon might make you feel smart, but it’s just going to confuse your prospect.

There’s too much chance in sales to risk screwing up a deal because you chose your words sloppily. Always aim to be open, honest, and forthright, and avoid words and phrases that will endanger your prospect relationships and your reputation.

Editor's note: This post was originally published in November 2015, and has been updated for comprehensiveness and accuracy.