Predatory Pricing: What It Is, How It Works, & What It Looks Like 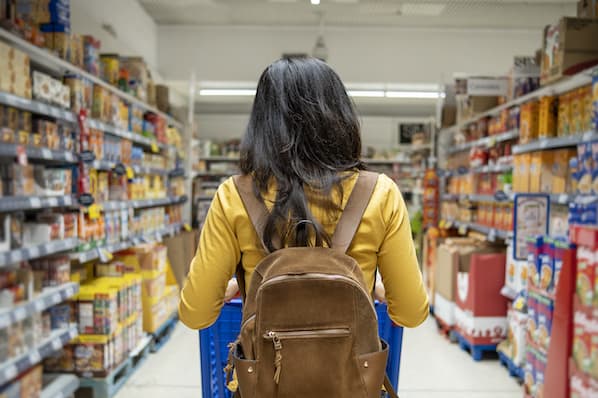 Competitive pricing is a fact of life for most businesses. Companies within a market are all vying for consumers' attention, and lower prices is an easy way to capture it. But what happens when pricing low turns from competitive to malicious?

That practice, pricing low in bad faith, is most commonly referred to as predatory pricing — a method used by certain businesses to clear and dominate their markets.

Here, we'll go over what predatory pricing is, take a look at how it works, see some examples of what it's looked like in practice, and review the effects it has on markets and consumers.

What is predatory pricing?

Predatory pricing is an illegal practice where a business offers products or services at artificially low price points — typically at a loss — that its competitors can't match. The hope is that those competitors ultimately lose out on enough business to have to leave the market, giving the predatory company a monopoly.

Here's a hypothetical example to help you get a better picture of how predatory pricing works. 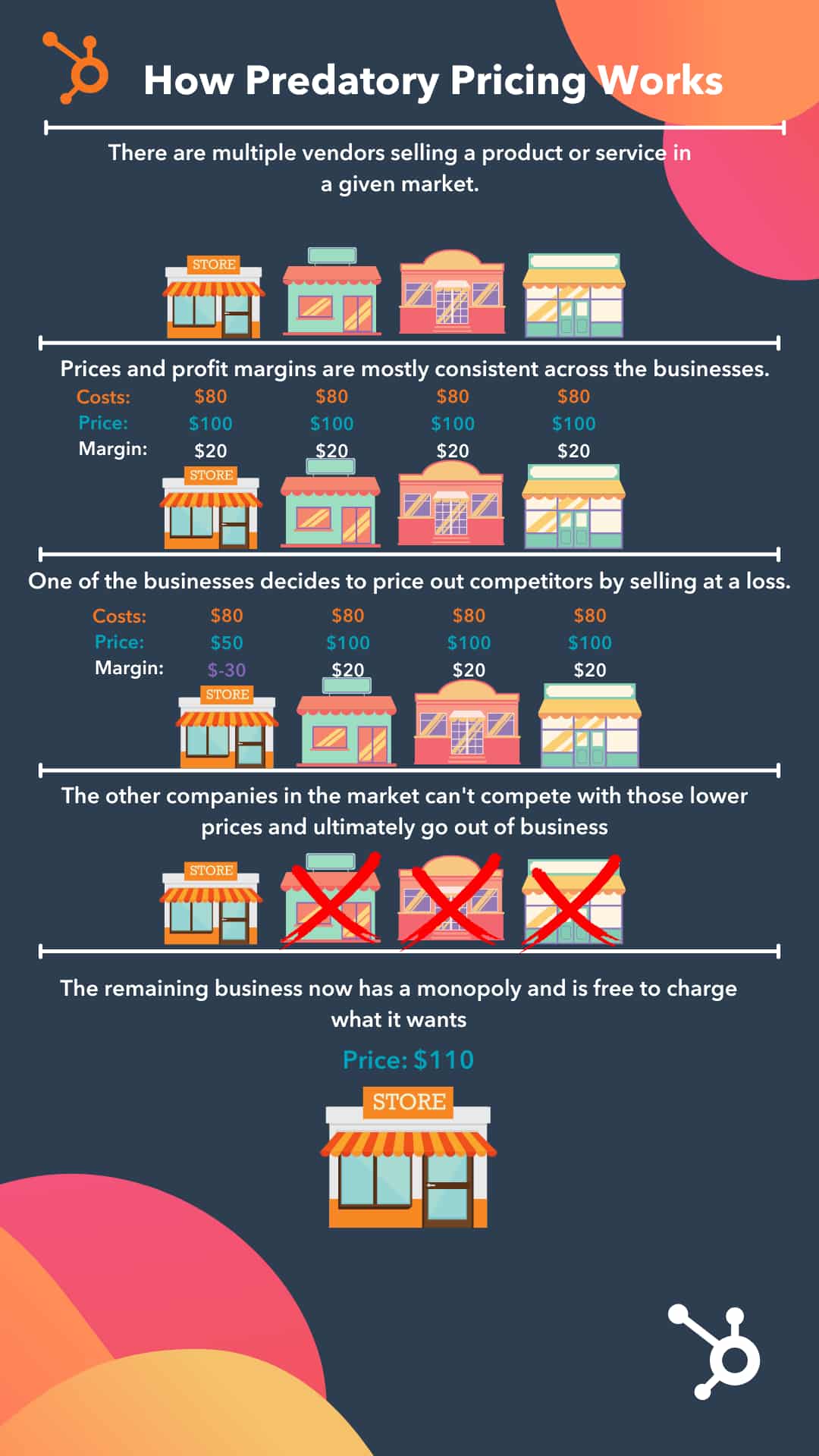 Let's say a major retailer sells mattresses in a specific territory. It shares that market with a handful of local retailers who purchase their mattresses from wholesalers for $800 each and sell them for $1,000.

The major retailer generates significantly more revenue than its local counterparts and, in turn, has more flexibility with how it prices its mattresses. The major retailer decides it wants to monopolize the mattress market in the region — so instead of selling its mattresses for $1,000, it undercuts the rest of the market by selling them for $500 each.

Naturally, consumers start buying mattresses from the major retailer at a significant discount. Since those local outlets can no longer bring in customers and can't afford to sell their mattresses at a $300 loss, they go out of business, leaving the major retailer as the only mattress supplier in the market.

Now that the major retailer has monopolized the market with no available alternatives for consumers, it's more or less free to charge whatever it wants.

That's how predatory pricing works in a nutshell. That said, there's no guarantee that the strategy pan out that conveniently. Selling at that kind of loss might not be sustainable, and if the major retailer here did manage to price out all of its competitors, it would need to be able to recoup its lost revenue quickly for the effort to be worth the trouble.

How common is predatory pricing?

Predatory pricing is a detrimental but rare practice that regulators try to keep a close eye on. The method is illegal in the United States under antitrust laws, and proving that a company is practicing it can be tricky.

In some instances, dropping prices below cost might be indicative of particularly intense competition between firms — not a predatory attempt to run one another out of a market.

The practice is generally only considered viable when a large company leverages it to drive smaller businesses out of a market. Offsetting the short-term losses from selling below cost for a period with higher prices in the long run often isn't attractive or even feasible for most firms — and the legal attention and associated penalties it generates tend not to be worth the trouble.

Still, those drawbacks haven't prevented some businesses from leveraging the practice. Let's take a look at some real-life predatory pricing examples.

Walmart undercut other retailers on drugs and other products in Arkansas in 1993.

In 1993, a judge in Arkansas found Walmart guilty of predatory pricing. A suit brought by three local drugstores alleged that the company had knowingly sold drugs and other products at a loss at its store in Conway, Arkansas to price them out.

Walmart and Target engaged in a price war on prescription drugs in Minnesota in 2007.

In 2007, Walmart attempted to price out its competition by selling generic drugs at a loss in Minnesota. Local regulations ultimately forced the company to raise its prices on several of the drugs it initially radically discounted. Rival chain, Target, matched those prices — starting a price war and ultimately undermining Walmart's predatory pricing strategy.

Walmart set artificially low prices for staple goods in Wisconsin and Germany in the 90s.

Throughout the 1990s, Walmart generated legal complaints in Wisconsin and Germany for selling staple goods — including butter, milk, and laundry detergent — below cost to price out local retailers. In 2000, it was ultimately charged for violating antitrust regulations and fined.

A Decline in Consumer Options

If a predatory pricer manages to monopolize a market, it becomes the sole resource consumers have for its product or service. Diversity of options is effectively erased, and factors like the availability and accessibility of that specific offering are entirely dictated by the predatory business.

Initially, companies selling products or services at predatory prices provide significant discounts for consumers, but those generally don't last. Without any remaining competition, predatory pricers have the space to raise their prices as they see fit — that often amounts to higher prices than consumers were used to.

As I mentioned, predatory pricing is detrimental but rare. It's hard to come by in the modern economic landscape, but it's still worth looking out for. If you find one of your competitors is dropping prices well below cost, you might be dealing with a predatory pricer.

How to Implement a Promotional Pricing Strategy the Right Way

Price Leadership: What It Is & Whether Your Business Can Achieve It