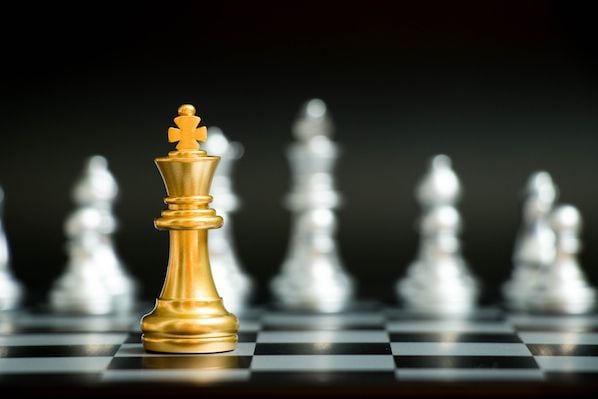 What are the qualities of a good sales rep?

At some point, you've probably wondered what the top-performing reps on your team have in common. Their individual selling styles may vary, but it’s no coincidence that their names are always at the top of the leaderboard.

To achieve similar results, you’ll need to know what sets them apart. Check out the traits of salespeople who consistently outperform their peers.

What Makes a Successful Sales Rep?

1. They keep a level head

Maybe your prospect asks for a customer reference or trial extension. Immediately answering -- rather than pausing for a beat -- makes you more likely to say, “Sure, we can do that!” instead of, “Can you walk me through how that’ll help your decision-making process?”

Being even-keeled is crucial during negotiations as well, since getting flustered makes it hard to think strategically. Also, buyers may get more aggressive when they notice your composure slipping away.

2. They don’t get self-conscious

Do you have a hard time remembering the last time you got embarrassed? That’s a good sign. A study of more than 1,000 successful salespeople found that fewer than 5% were self-conscious.

“The byproduct of a high level of self-consciousness is bashfulness and inhibition,” explains Steve W. Martin, author of the study and sales strategy professor at the University of Southern California Marshall School of Business.

Not being self-conscious means you’re not afraid to take risks and persistently pursue deals. It also means you’re more likely to bounce back from rejection or failure, since you’ll see these experiences as opportunities to learn and improve rather than signs you’re not cut out for selling. This resiliency will help you overcome the inevitable hard times.

Finally, self-assurance comes into play when you’re using the Challenger Sales methodology. Pushing back on the prospect and focusing on the end goal rather than being liked takes a lot of confidence.

3. They’re deliberate with their time

For reps, time and energy are precious resources. That’s why the most effective salespeople treat every task like an investment: "If I put X in, will I get at least Y in return?"

This test helps them distinguish between high-reward activities and low-reward ones. For example, a rep isn’t going to spend time working with a prospect who’s a bad fit -- it’s a waste of time for both of them.

However, she’ll definitely spend some time researching a prospect who fits her buyer persona to a tee, since this activity is much likelier to pay off in the long run.

Top reps also save time by automating repetitive tasks. After all, every hour they spend logging calls, copying and pasting emails, and scheduling follow-ups is an hour they could’ve spent selling.

4. They understand the entire industry

Good reps are well-versed in their product, including its features, functions, and applications. Great reps take their knowledge one step further: They understand every aspect of their prospects’ businesses, from the industry down to their daily responsibilities.

Having industry expertise makes salespeople much more valuable. They don’t just teach their buyers about the product -- they can provide help and guidance with many aspects of the business.

Right now, being an expert in your space is a competitive advantage. But Harvard Business School professor and former HubSpot CRO Mark Roberge points out that in the future it’ll be necessary for survival.

Thanks to the internet, most people aren’t reliant on salespeople for basic information. Your prospects must want to work with you -- which means providing unique value as a consultant is crucial.

If you’re meeting quota, it’s tempting to think your training days are over. But in fact, the best salespeople are the most focused on learning new things.

After all, you can’t achieve meaningful career growth without honing your skills or acquiring new knowledge and techniques. And learning literally pays off: Employees produce 50% higher net sales when they work at companies with continuous sales training.

Plus, sales itself is evolving. Strategies that worked 10 years ago probably won’t be effective today -- and strategies that worked 20 years ago will totally flop. You can’t call people out of thin air and nurture prospects by taking them golfing: cold calling has a 1-3% success rate for earning an initial meeting, and prospects are now looking for unique insights into their business strategy rather than a couple free rounds.

If you don’t change your pace to match the beat of the modern buyer's drum, you won’t be able to work with them.

6. They look on the dark side

Ask almost any salesperson if they’re an optimist or a pessimist, and they’ll say the former.

However, seeing the glass as half empty is actually a good thing: According to Martin’s research, two-thirds of top-performing reps actually have pessimistic personalities.

“Inward pessimism drives a salesperson to question the viability of the deal and credibility of the buyer,” Martin writes.

Since they’re more skeptical, pessimistic reps will ask buyers tougher qualifying questions and seek out the true decision makers within an organization.

Not naturally pessimistic? Gabriele Oettingen, a professor of psychology at New York University who’s spent 20 years studying how people think about the future, has developed a technique called W.O.O.P.:

By preparing for potential impediments, you can harness the benefits of negative thinking while maintaining your natural optimism.

Nearly half of reps will abandon a prospect after one follow-up. Yet most sales require multiple touches.

That’s why successful reps are usually persistent. Because they give up less easily than their peers, they win far more deals.

Unfortunately, some people take persistence to mean extreme aggressiveness. If you’re calling and emailing prospects so frequently that even seeing your name gives them angry hives, you’re definitely going overboard. Remember that following up only works if it leads to a relationship -- and no one wants to work with a stalker. Top reps know the difference between following up with prospects and chasing them down.

For instance, calling or emailing “just to check in” is pushy. Asking if they’re still interested in achieving a specific goal and then providing a relevant suggestion, on the other hand, is persistent.

Offering a product demo while they’re still in the education stage? Too much, too soon. Delving into their problems and helping them identify a possible solution will earn you their trust, so that down the line when you bring up the demo they’ll actually say yes.

8. They're motivated by goals

If you don't have goals, you can't move forward. Having monthly sales goals for yourself, activity goals, and stretch goals are important to excelling in sales.

If you're just aiming for your quota -- without a plan for how you'll get there -- you'll struggle. In fact, a Harvard University study found setting specific goals actually increases motivation.

Monitor your goal progression throughout the month and celebrate small milestones and wins. A study published on Harvard Business Review found even small wins can boost inner work life tremendously.

9. They're fluent in technology

Any number of things can and will go wrong in your demos. Whether you're presenting a PowerPoint in person or hosting a video meeting, today's successful salespeople must also speak technology fluently.

Book an hour with your resident IT expert and ask them to teach you how to troubleshoot how to fix common tech issues, from navigating a bad internet connection to unfreezing frozen screens and beyond.

It goes without saying that salespeople must be able to build rapport with just about anyone. The best salespeople know how to strike up conversations with complete strangers, get people to open up, and, above all, are great listeners.

Find a sales mentor you trust and ask them to teach you their secrets for relationship building. Whether it's conducting research before a meeting, a great ice-breaker joke, or expertly asking follow-up questions -- learning from those who've been doing it successfully for years is the best way to proceed.

Now that you know what it takes to be the best, figure out which traits you already possess and where you could improve. With hard work and focus, you can become one of -- if not the -- best rep on your team.

The Secret to Managing Salespeople? Start with Their Myers-Briggs Personalities