How Sales Leaders Can Use Gamification to Crush Quotas 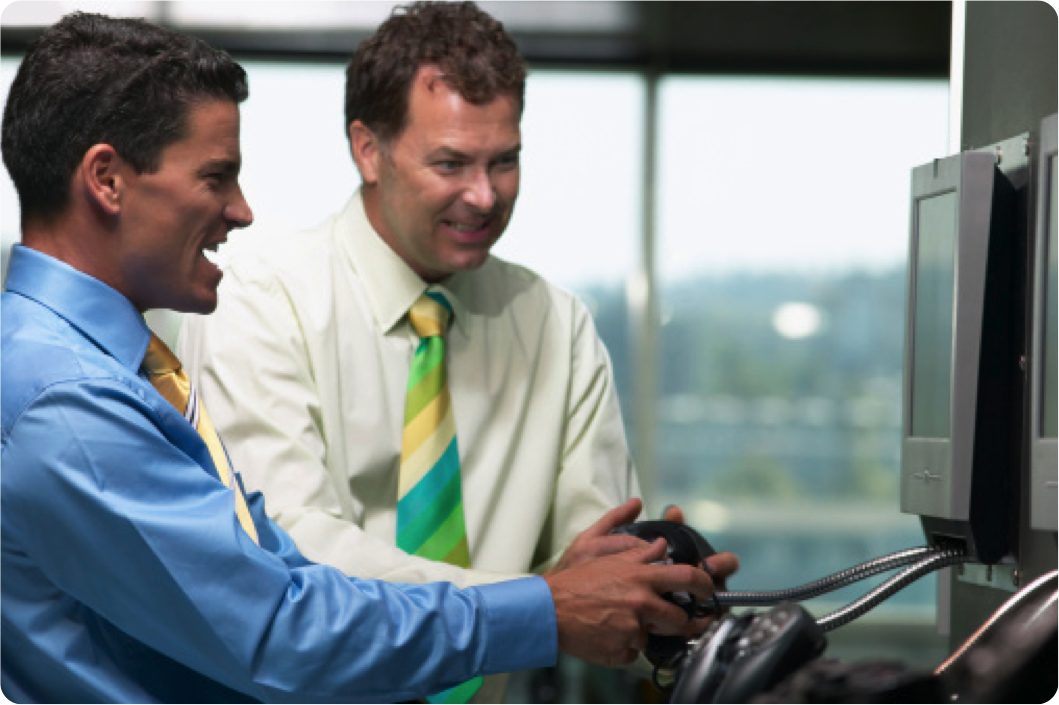 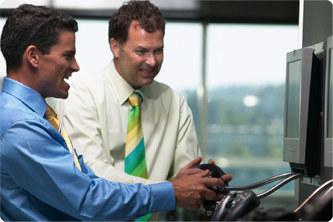 When the Detroit Pistons had a new product it was trying to get its sales team to take to market, the organization had no luck selling it – even after months of efforts. Why? Because its sales reps were all waiting for one of their peers to sell it first – typical reaction by sales folk who aren’t sure how a new product might be received or don't feel prepared to handle buyer objections.

To solve this, the Pistons did something called "socializing performance." That is, it created very visible, real-time leaderboards all over the office and announced the beginning of a contest to see who could sell the product best.

Sure enough, as soon as someone appeared on the board, everyone took notice. People stopped and turned their heads:

Just like that, the product had become a topic of conversation. Before long, a group of sales reps funneled to the top of the board, duking it out with each other to sell the most. Meanwhile, the reps at the middle and bottom, who knew they weren’t going to be able to win the contest, saw that the product was selling like crazy and realized it was something they ought to be pushing to hit their own quotas.

Just six weeks later, the team had sold over $500,000 worth of the product. And after the contest ended, sales continued because the behavior had changed, the product was validated, and the value was recognized by the sales team.

This Pistons’ contest is a prime example of what has come to be known as sales gamification. It’s a made-up word, but to the extent that made-up words have definitions. In short, gamification in the sales space essentially means running competitions or contests. And for sales leaders, it’s the best way to get your sales reps to do what you want.

I've seen gamification work time and time again and discussed its importance through my work at LevelEleven, a gamification app used to motivate and reward salespeople. This post will show how we've found gamification to work – and hopefully help you implement it into your own sales force.

Why does gamification work?

While there are other methods of encouraging particular behaviors such as coaching, ride-alongs, or creating metrics, gamification is a powerful tool because it addresses the three things salespeople are motivated by the most: compensation, recognition, and competition.

Most organizations don’t reward the second two, but by socializing performance with sales competitions and leaderboards, sales managers can tap into those motivations quite easily.

Here’s how you can use gamification with your sales team.

First, pick a behavior you want to encourage – the one you think is most important to productivity. You probably already have a good idea of what it is, but if not, your CRM’s reporting capabilities can probably offer some good insight.

For example, perhaps you know (or your CRM tells you) that when your reps get face-to-face meetings, one out of every 10 results in business. Beautiful – that’s your behavior right there.

2) Create a contest to motivate your sales team.

Using the metric just mentioned, create a contest to encourage face-to-face meetings. The specifics of the contests will obviously vary, but here are some quick dos and don’ts to get you started:

Make it simple and straightforward – Who can book the most meetings in the next three weeks? You want your reps to be focused on the goals, not on trying to figure out convoluted point systems.

Make the contest public – Make sure the contest is known to everyone on your sales team, and shows how reps are doing compared to others on the team by issuing frequent updates.

Keep it short– No contest should run longer than 30 days -- otherwise, reps start to lose interest and their sense of urgency.

Track your results – Create a report to rank contestants and keep that information in front of people. In our example, we’re simply tracking who schedules the most meetings.

Worry about the prize – The prize matters much less than how well you socialize the contest and the results. Again, salespeople are motivated by recognition and competition, not gift cards.

Run more than one contest at a time – The point here is for your reps to focus on a specific behavior, so let them.

3) Be careful when encouraging reps.

Be sure you encourage the correct behaviors. If not, you may become a Freakonomics-type case study in incentives and their unintended consequences.

And yet, while the contracts came pouring in, the company discovered it was actually on pace to bring in less money than it had during the same quarter the previous year. How could that be? Simple. The reps were focused only on closing deals quickly – and what faster way to close a deal than to offer a great discount!

Sure, contracts were being signed faster than ever, but the deal sizes were shrinking. Realizing it chose the wrong metric, the company looked at its sales process, changed the contest to encourage face-to-face meetings. The new result? Sales went up $6 million in just two months.

This only goes to show that if contests are executed correctly, you'll see the results you need. If you have any interesting contest stories, both good and bad, I'd love to hear them! That way we can learn what else is working ... and what else isn't.

Create a report to rank contestants and keep that information in front of people. In our example, we’re simply tracking who schedules the most meetings.

6 Gamification Pitfalls to Avoid at All Costs