The 5 Stages of Entrepreneurship

Entrepreneurship isn’t for the faint-hearted. Of course, the thrills of creating an effective business, working on your own terms, and enjoying financial freedom are rewarding. However, turning your idea into a profitable business is no simple task. 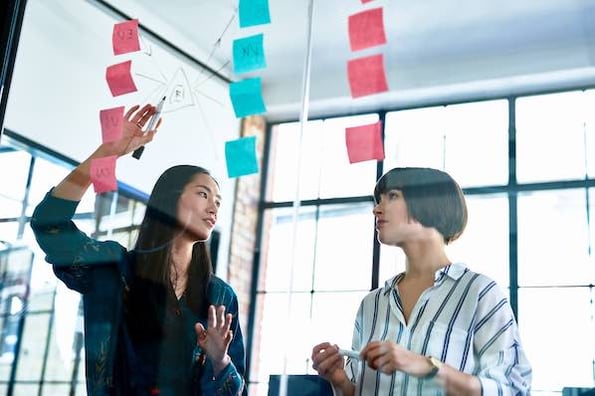 There will be hurdles to overcome. However, depending on your business idea, it may take months or years to scale these challenges and reach the finish line. Sadly, most entrepreneurs never see success. Nearly 75% of startups fail, according to Harvard Business Review.

The good news: Your business doesn’t have to be another casualty. In this post, you’ll learn the five stages of entrepreneurship and the common pitfalls you should avoid in each. You’ll also see real-life examples of entrepreneurs at each stage.

What are the five stages of entrepreneurship?

The Five Stages of Entrepreneurship

What are the five stages of entrepreneurship?

The “Five Stages of Entrepreneurship” is a simple framework that helps new founders to understand the entrepreneurship journey. The stages include ideation, planning, execution, scaling, and hypergrowth.

The Five Stages of Entrepreneurship

Starting a business can seem like a daunting task. That’s especially true if you start the process without a roadmap.

The Five Stages of Entrepreneurship divide the startup journey into more manageable chunks. Each stage of your entrepreneurial enterprise will come with unique challenges. You’ll also need to complete certain foundational steps to set your business up for success.

Below, we explore the five stages of entrepreneurship and the common challenges to expect at each stage.

Ideation is the first stage of every entrepreneurial journey. The goal here is to identify and validate a profitable business idea.

After an initial brainstorming session, you’ll need to narrow your scope and focus on one idea. We’ll explain how you can validate concepts below.

Ensuring the viability of your idea is essential. When you confirm the market need for your product, you avoid the risk of pouring your resources into a business idea that’s a dud.

Most entrepreneurs skip this crucial step. They assume there’s a market for their product without validating their hypothesis. The result? They build a product that no one wants, causing their businesses to die in infancy.

A CB Insights Report reveals this is one major reason businesses fail. Don’t make the same mistake. If you’re unsure of a market’s potential for your idea, think twice before committing resources to it.

How to Validate Your Business Idea

One way to validate your idea is to evaluate the performance of similar businesses. A perfect example is Chanty.

Chanty is a communication and team collaboration app that went head-to-head with companies like Slack. When Chanty came on the scene, Slack was already dominating the market and raking in millions of dollars in revenue. This proved to Dmytro Okunyev, Chanty’s Founder, that they could get a slice of the market.

You can also validate your ideas during discussions with trusted peers. As David Darmanin, Founder of Hotjar, says, “Step one of validating an idea is reaching out to your personal networks and gauge response. This differs from approaching friends and family who will always want to be nice to you.”

You can contact your network via email, social media, and many online communities. Done right, you can get free and unbiased advice that’ll help you iterate on your business idea quickly.

Developing a business plan helps you estimate costs, identify risks, and set up risk mitigation measures. A written business plan is even more essential if you’re seeking investors in your company. Potential investors want to see the extent to which you envisioned your business.

For this reason, put lots of thought into your plan, create a document that’s thorough, and consider your long-term goals.

Note that you don’t need to write a 37-page business plan or have a 15-year forecast before you begin building your business. As Mark Zuckerberg said, “Ideas don’t come out fully formed. They only become clearer as you work on them. You just have to get started.”

So if you don’t have a five-year vision of your business yet, don’t let that stop you from taking the first few steps while you flesh out the big picture.

Like a plane stuck on a runway, many budding entrepreneurs often generate some momentum, but they never lift off. As a result, many innovative ideas never become a reality.

The fact is, ideas are a dime a dozen, but execution is rare. To succeed, you’ll need to become adept at putting a plan into action.

At least once per day, I hear a great business idea (often web3). But then I tell people -- Excellent, you have a great idea... now you have to execute on it!

Most people fail at this stage, and can't turn a great idea into great execution -- which is what really matters

Starting a business is risky and scary. And that feeling of uncertainty — the fear of failure and of making mistakes is one of the major reasons entrepreneurs hesitate to execute.

If you’ve identified and planned out your big idea, you’re probably filled with the excitement of “what could be” and the fear of “what if it doesn’t work?” simultaneously.

You’re not alone. Founders like Dmytro Okunyev had these mixed emotions, too.

I wasn’t very certain that my idea would work, but step by step, small win by small win, I gained that confidence.

Now we are in the ivy league of communication platforms.#chanty #software #marketing

Today, Chanty is thriving because Dmytro mustered the courage to move forward with his plans despite the uncertainties.

So, recognize that your plan isn’t foolproof. You will make mistakes. But just as you can’t paddle a boat tied to the dock, you can’t steer your business toward your vision until you launch and tackle your mistakes head-on.

As Mark Zuckerberg explains: “Don't even bother trying to avoid mistakes because you're going to make tons of mistakes… The important thing is actually LEARNING QUICKLY from whatever mistakes you make and not giving up.”

Moving too slow or too fast is dangerous. So caution is necessary either way. Develop a good sense of when to act fast, get rid of your desire for perfection, and know when to slow down.

Will Rogers, a popular American vaudeville performer, puts it more humorously: “Even if you’re on the right track, you’ll get run over if you just sit there.”

The bottom line: business is trial and error. Make peace with the fact that you’ll make mistakes. Take small calculated bets. Learn from the resulting failures and move forward.

If you believe in your idea, you’ve tested it, the timing feels right, and you have assembled your team, then launch!

At this point, you’ve successfully launched your business, you’ve achieved product-market fit, and sales are steady — but your business hasn’t reached the heights you imagined. You desire to expand faster.

So you face an important question: “Should you bring in external investors and give up equity or bootstrap your business, i.e. self-fund through personal savings, debt, or customer funding?”

Founders of successful companies often bootstrap in their early days, but eventually, they accept outside investment. However, outliers like Spanx bootstrapped their way to a unicorn valuation after founder Sara Blakely started the undergarment company using only $5,000 of her personal savings.

Bootstrapping relies on a lot of sweat equity. This can mean taking on more stress than an investor-funded company. Blakely, for instance, learned to write her own patent from reading books so she could save $3,000 in legal fees.

Bootstrapping has a huge but sometimes overlooked upside. Besides giving you full control of your business, the lack of capital forces you to find smart ways to grow your company.

Heavy funding covers up problems that ought to be obvious to the founders. Paradoxically, this sometimes leads to start-up death. On the flip side, accelerated growth is one major benefit that investor-backed start-ups enjoy. GitHub, an internet hosting service for software development, is an example of a business that scaled fast, thanks to external funding.

Tom Preston-Werner, Chris Wanstrath, and PJ Hyett founded GitHub in 2008 and funded it for four years. In 2012, they got their first VC investment of $100 million and raised another $250 million in 2015. By October 2018, their annual recurring revenue was between $200-$300 million. Microsoft bought GitHub for $7.5 billion in the same year.

Whether your bootstrap or get investor backing, three factors are crucial for scaling your business quickly:

To learn more about how to build systems, read:

Hypergrowth is a season of rapid and exponential growth that companies experience as they scale. Specifically, an organization experiences hypergrowth when its Compound Annual Growth Rate (CAGR) exceeds 40% and remains so for at least a year, according to the World Economic Forum.

Achieving hypergrowth is desirable but challenging. One common setback is the risk of employee burnout from overwork. A prolonged period of unprofitability is another prevalent challenge.

Amazon, for instance, was unprofitable for its first 20 years. It became profitable only in the mid-2010s. If investors had pulled out or stopped injecting cash into Amazon, its collapse would have been inevitable.

However, “Jeff had earned so much faith from his shareholders that investors [were] willing to patiently wait for the day when he decides to slow his expansion and cultivate healthy profits,” writes Brad Stone in his acclaimed book, The Everything Store.

This pattern of pursuing hypergrowth at the expense of short-term profitability is the norm with high-growth businesses. As of 2019, 64% of unicorns that IPO-ed since 2010 are unprofitable, according to TechCrunch. But investors don’t seem to care.

To enter this phase of exponential growth, focus on the following three factors.

Hypergrowth is demand-driven. So unless you build a product that customers love, you’ll never get there. Harsh, but true.

Customer-centricity is an obsession for (all) hypergrowth businesses, not just a “core value” they hang on the walls. They constantly leverage empathy, data, and customer feedback to build the best products.

What got you to $10 million in ARR won’t get you to $900 million. The systems that run small businesses efficiently will not support your hypergrowth.

Uber had to overhaul its driver onboarding process multiple times to support its hypergrowth. Until 2013, intending drivers had to go to a local office to complete some paperwork. Then they morphed into an online application process that allowed drivers to sign up without visiting a local office.

And when they began international expansion, the company had to design another process to accommodate the differences in regulations across host countries.

Hypergrowth is driven by hyper-effort. That’s why long work hours are common in hypergrowth companies. It’s a hard grind. And if you don’t have a team that shares your passion and believes in your mission, you’re not going far.

Whatever you do, don’t try to achieve hypergrowth too fast. Companies attempting to scale prematurely often push their operational capabilities to the limit, increase their stress levels, and hurt their business reputation.

To learn more about hypergrowth, read:

The bottom line is this: if you have an idea for a product that helps people solve a problem, don’t ignore it. Test it. Iterate until you get product-market fit. Combine that with a thoughtfully planned business strategy, a dedicated team, and a group of experienced mentors, and your business could become an enormous success story.

The process of growth will be demanding and painful. And sometimes, the people closest to you won’t share your vision. Nike’s controversial ad offers advice on what to do when people scorn you.

As Steve Jobs said, “The people who are crazy enough to think they can change the world are the ones who do.”