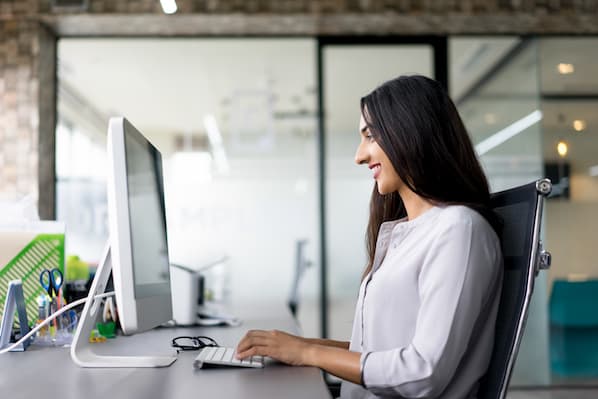 Anyone can set a goal. You can commit to selling more than anyone on your team, bringing in a major client, or doubling your conversion rate.

But meeting your goal is far harder. What are the chances you'll actually outperform all your peers without a solid action plan? Not very high.

As a sales educator, I've watched a great number of salespeople set goals and succeed -- and an even greater number set goals and fail. Here are the characteristics of reps in the first group.

1. They double down on their strengths.

Most people choose goals based on their weaknesses or failures. For example, a rep who struggles to stay firm on their price during negotiation might say to himself, "I won't drop my price by more than 5% for the next 10 deals."

However, successful goal-setters do the opposite: They pick their objectives based on their strengths.

If a salesperson knocks it out of the park when it comes to sales meetings, for instance, she'll set a goal that'll have her doing more sales meetings than ever before.

Doubling down on what's working, rather than what's not, means you'll enjoy working toward the goal -- which makes you likelier to stick with it. When you're trying to compensate for a weakness, on the other hand, you dislike the process and easily become discouraged.

Setting results-based goals is dangerous. You can't directly control the outcome of your work, so you might get discouraged even if you're doing everything right. Imagine you set a goal of getting five executive meetings this month. If the professionals you call are busy, out of the office, or uninterested, you'll miss your goal.

However, whether or not you meet an activity-based goal is completely up to you. Your target might be, "I'm going to call 50 senior executives this month." All you need to do is sit down and make the calls. You probably will get five meetings, but even if you don't, you won't feel like a failure.

Look at your historical performance data from your CRM to pick a goal that's ambitious but doable. If your call-to-meetings rate is roughly 8%, for instance, you'd likely need to call around 63 executives to book five appointments.

Reps who consistently meet their goals don't keep those goals to themselves. If you merely tell yourself, "I'm going to do it X," and leave it at that, there's zero accountability. When you experience a setback, you'll probably give up on your goal -- after all, no one will know.

Suppose instead you tell your sales manager about your objective. Knowing he'll ask about your progress each week during your one-on-one dramatically increases your motivation. You want to avoid the embarrassment of saying you've thrown in the towel.

To further increase your accountability, share your goals with your team members. Simply announcing your objectives is helpful, but having a partner is even better.

Perhaps another salesperson wants to attend more networking events, while you want to blog more frequently. Every Friday, you check in with each other to discuss each other's progress.

Finally, consider writing your goal(s) on a Post-It note and sticking it somewhere on your desk. A visual reminder will keep it top-of-mind.

The more drastic or lofty the goal, the sooner reps tend to give up. Imagine if you never exercised, and then one day you woke up and said, "I'm going to run 25 miles." You're probably not going to make it past the three-mile mark.

I suggest picking goals that are small, specific, and short-term. Once you meet the first one, you'll feel uplifted and energized -- so you'll set another, slightly harder one.

Using the right goal-setting techniques usually means the difference between success and failure. How will you use these strategies to drive your vision?

5. They walk away from dead deals early.

Walking away from a dead deal early requires a considerable amount of discipline and mental toughness -- only a small percentage of reps have the strength to do it. And it's a lagging indicator that they’re going to be successful in sales. By walking away, you're able to work on other deals that have a better likelihood of closing.

But, why is it so hard to leave a deal? If you've been working on a deal for an extended period of time, it's inevitable to become attached to it. The longer you continue working a deal that's a bad fit, the harder it will be to walk away.

Even the most confident sales rep will stay to the bitter end because they have an emotional connection to the deal and want to see it through. The successful reps are those that walk away early because they’re self-aware enough to understand that they're powerless to walk away late in the deal.

These characteristics are the ones that help reps meet and exceed their goals. For more of Jeff's insights and advice, check out his blog. And for even more sales motivation, check out these motivational quotes to ignite your drive next.

80 Motivational Sales Quotes to Ignite Your Drive in 2021

How to Motivate Your Sales Team: A Behavioral Approach