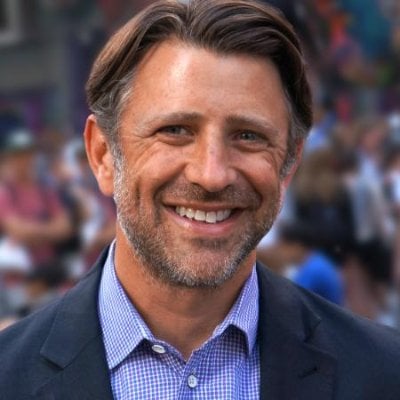 “Everything is selling. Nothing happens in this world, nothing comes into this world, until somebody makes a sale.” -Richard Yates

At Spiro Technologies, we enable salespeople to sell better. There are a lot of ways to get better at selling -- practicing, experience, coaching, or reading publications like this blog. But a lot of the sales advice out there is tired and old.

The four tips break from what you’ve always been told will lead to sales success and put a fresh spin on things.

Curse words: They’re the dirty darlings of the English language that emerge in conversations between friends in dark bars, and at football games -- forever banished to the shadows of casual conversation. They’re also powerful tools of persuasion that can help you gain the attention, trust, and respect of your prospects and customers if used correctly.

Maybe it’s because they’re unexpected, or convey passion, or show your prospect that you’re willing to be vulnerable, but swear words definitely have an impact. We’ve done our own research at Spiro on the correlation between swearing and people’s performance in sales and found that people who swear a moderate amount have bigger pipelines. But we’re not the only ones who see something going on here.

A 2006 study from Northern Illinois University showed that observers reacted more positively to speakers who used the word “damn” a moderate amount in their speeches than those who did not. The study also showed that swearing did not significantly affect the speaker’s credibility. Basically, if you know your sh*t, tossing in a well-timed swear word can be a tool to add some psychological panache.

Other research shows that cursing can also improve social bonds by signaling that we are open, honest, self-deprecating and easygoing. Our prospects will find it easier to relate to us as human beings rather than just annoying salespeople because of our authenticity in a world full of phonies.

With all this in mind, there’s always a time and a place for everything, so use discretion and don’t be stupid. Dropping a casual swear word for emphasis is an art. If you know your prospect is conservative, then it’s probably a good idea to keep any dirty words in your pocket.

Harnessing the power of attitude can make or break you. Having the right attitude is critical in sales. We face rejection on a regular basis and need to learn how to deal with it like champs or look for careers elsewhere. Think of it this way: A really good baseball player hits one out of every three. It’s the same in sales -- we get rejected seven or eight times out of 10. How do we deal with that?

One great thing to remember is “garbage in, garbage out.” What you put inside your head is what will come out. So if you are constantly surrounded by negativity -- whether that’s from your coworkers, your boss, the TV, learn to block it out. It’ll become a lot easier to maintain your positivity when there aren’t so many negative forces getting into your head.

Don’t blow smoke up your client’s butt. There is a balance between positivity and delusion -- what we’re trying to get at here is teaching yourself to see less walls and more open roads. When you’re constantly thinking negatively you are letting fear control your life and shutting the door before it’s even open, so smash those bad thoughts and become legendary.

3) Calling a client on their cell is not taboo.

Times are changing, and so is the way we communicate. Many methods that used to be off-limits, or nonexistent, are now becoming more common.

In the age of texts, LinkedIn, Snapchat, and Instagram, people are more connected than ever, and are expected to have their cell phone on them at all times. While calling after business hours when the prospect is just sitting down to dinner isn’t a bright idea, what about during normal business hours?

It’s no longer true that you can only talk business on a business phone line. Everyone uses their mobile phone for work, too. So you’re telling me your prospect doesn’t call their contacts when they’re driving in their car between meetings? Of course they do.

It’s also not really that obtrusive. Everyone has caller ID and everyone screens their calls. Frankly, mobile phones are so common that some companies don’t even have desk phones for their employees.

Can you quickly be charming and engaging when you get the prospect on the line? If you can, it won’t matter which line you reach them on.

A lot of sales is about reading between the lines -- focusing on the hidden message and connecting the dots to understand what’s influencing your prospect or customer’s decision making process. It’s easy to get a false positive from a prospect, for example, because people just don’t like saying no.(to sp

If you could pick up on the cues that show the difference between what people say and what people do, you wouldn’t have to waste precious time on the wrong relationships. It’s this kind of heightened awareness that separates good salespeople from great ones. So how can you improve your powers of observation? According psychologist Maria Konnikova, author of the upcoming book Mastermind: How to Think Like Sherlock Holmes, it’s not that hard. Here are a few of her tips:

Observation isn’t much without deduction. You need to be able to take A and B and get to C, otherwise you’re no Sherlock Holmes. Start by always thinking critically about your environment, look for connections and instead of thinking linearly, engage your entire knowledge base. A good way to improve your deduction abilities is to simply learn more about your target. Do your research!

Editor’s note: This post was excerpted from the ebook “44 Best Sales Tips Ever” by Adam Honig and is reprinted here with permission. To read the whole ebook, download it here.