3 TEDWomen Talks that Will Change Your Career 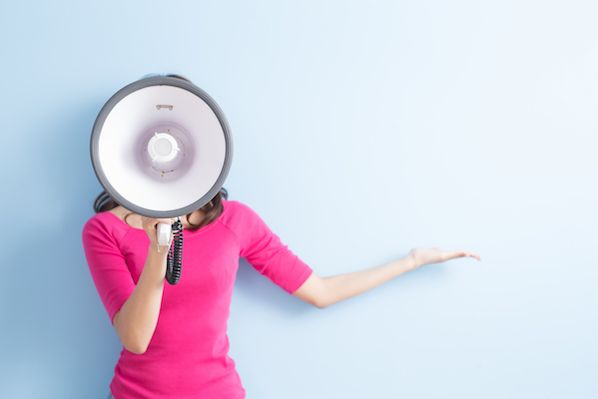 Tell me if this story sounds familiar to you.

Early in my career I was hired as the “guinea pig” to prove a concept for a marketplace. While they had a hunch it would be lucrative, they didn’t know if it would work and needed a salesperson to dig in to see what the road ahead might look like.

A year later, I’d quadrupled the revenue for our group and represented almost 60% of the firm’s annual sales. In spite of this, I was told I was making too much money for my demographic, age, and career stage and that changes needed to be made to my compensation.

Seriously? I’m bringing in 60% of the company’s revenue and I’m making too much because I’m a woman and I’m young?

The truth is, whether it’s through situations like this or stories like Kim O’Grady’s, women get told they’re not cut out for sales in all manner of ways. But the data shows:

It makes me incredibly sad to see so many talented women leave the profession because of ingrained gender biases. Everyone suffers when that happens.

Now, I’m certainly not here to bash men in sales. I’ve worked with more men than women over the course of my career, including many that have guided me, mentored me, uplifted me, and set the example for everything I aspire to be.

However, there are a few key lessons I’ve learned as a woman in sales for 20 years. These 3 TEDWomen Talks exemplify those lessons.

Belief (passion) is key to persevering through workplace gender bias

You and I both know that as women in sales, we often have to work much harder to see the same results and recognition as our male counterparts. And -- let’s face it -- that gets exhausting after awhile.

If there’s anything I’ve learned that’s helped me succeed the most, it’s that passion for what you do (a belief in what you’re working to achieve) is key to pushing through when things get tough.

Belief is a powerful motivator and Angela highlights why in her talk above. When you believe in what you do (or in her case the fact that you can learn to get better), you’re less likely to accept “failure as a permanent condition.” Instead, you’re looking for ways to learn and improve to see the results you’re hoping for.

And the best way I know to cultivate the kind of perseverance that will help anyone -- especially women in sales -- is to cultivate a “why,” or purpose, for what you do.

Why are you in sales? Why do you sell [insert product/service]? Why do you want to work with [insert company name or industry]?

The better you can define these things for yourself, the tougher you’ll be. Because you’ll know why you’re doing what you’re doing and you’ll believe in it to your core. You’ll be happier too, because you won’t waste your time on opportunities that don’t align and will suck the life out of you when things get hard.

A great example of the power of belief in action: Gabbi Giffords. As a Congresswoman, she was shot in the head, but has made a remarkable recovery. And in her own words, it’s because she is bound and determined to make the world a better place.

(Note: This is why the “why” of our candidates and companies is the number one thing we use to match talent and opportunity at ATP)

Know what you believe in and what your “why” is to cultivate grit and align yourself with opportunities that share a mutual vision for what they’re trying to accomplish. It’s the key to a successful career in sales for everyone, but especially for women in a male-dominated world.

TEDWomen Talk 2: Sheryl Sandberg -- Why we have too few women leaders

What I love most about Sheryl’s message is it speaks so directly to the struggles we face as women in the workplace.

I’ve always been pretty vocal by nature. And, as a woman in sales, that’s not always received well. Where men would simply be labeled as “strong” or “respect-worthy,” I’ve often been labeled “difficult” or “high-maintenance”.

I’m not alone. And that’s why it’s harder for women to “sit at the table,” as Sheryl says.

Don’t underestimate your abilities as a woman. You belong here.

Embrace vulnerability to succeed in sales.

As a woman in sales -- I know it is extra hard to be vulnerable. It feels like it’s going to work against you and make you look "high maintenance," "emotional," or "difficult."

I had a hard time with this myself. I grew up in a family full of salespeople (all men I might add) and it was drilled into my head early on that I had to crush the competition. There was no room to be vulnerable – it was simply never part of the narrative.

But, let’s face it -- sales is a team sport. It takes a village in the “age of the customer,” and while I've never had a problem being "me," I have had a problem admitting I didn’t always have the answers.

Vulnerability is key to your success as a salesperson. As Brene mentions in her TED Talk above, it’s the basis for real, authentic connection and mutual respect.

This is what drives any productive relationship -- sales or otherwise -- because it’s a critical foundation for trust. And when your clients trust you, your chances at getting the sale go up.

Additionally, vulnerability is the center of all creativity (a critical skill you need to win deals) as well as the foundation for the growth mindset Angela speaks about. After all, how can you learn if you can’t have compassion on yourself to make mistakes?

You don’t always have to have everything figured out, even when it feels like it. In fact, being vulnerable will get you further.

Women in sales: you belong here. And believing that (in addition to believing in the company you work for and in what you do) is key to thriving as a woman in a male-dominated industry. Embrace vulnerability and connect -- it’s the key to creativity, high performance, and the authenticity our clients crave.