Advice for Women in Sales From Industry-Leading Saleswomen 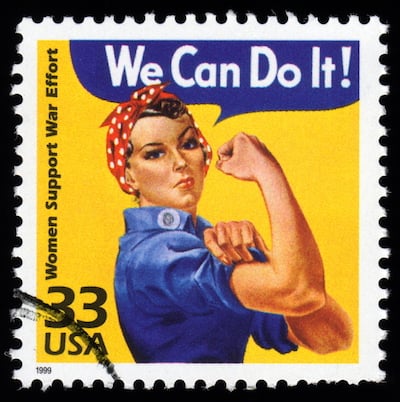 Visualize each of these people in your head. Got them? Good.

Now, let me ask you: Were any of your mental images female? They weren't for me, and I'll venture a guess they weren't for most of you. Even though these aren't all the kinds of stereotypes that people would want to be associated with, it's still significant that most of the iconic sales personas have been traditionally male.

Sales has been a historically male dominated profession, and in some ways it makes sense. Salespeople of yesteryear were aggressive, brash, and hard-nosed -- three adjectives that are not usually applicable to the X gender. But note the word "yesteryear." Today, sales directors are looking for reps and managers who are more thoughtful, consultative, insightful, and who possess better listening skills.

At Dreamforce 2014, Jill Konrath, sales author and speaker, hosted an all-female panel discussion with some of the leading saleswomen in the game today. Each offered her advice for how women can succeed in a sales role, and perspective on the unique skills that women bring to the art of selling.

To combat this difficulty, Black recommended the professional buddy system: mentoring. "Find a mentor -- another woman to interact with and who can either formally or informally help [you] along."

Konrath agreed, and pointed out that mentors don't have to be women the mentee knows in person -- or even knows at all. "You can have virtual mentors that don't even know they're mentoring you," she said. Mentees can follow their virtual mentors' careers and social media profiles, and look up to them as "role models for what's possible."

And once you find a mentor, it doesn't mean you can't have others. Debra Walton, chief content officer at Thomson Reuters, said she thinks about finding "mentors for a reason, mentors for a season, and mentors for life." In other words, different mentors can and should be recruited for specific projects or times in a career. One mentor can't and shouldn't be expected to advise a mentee about every goal and circumstance.

Sales as a profession isn't always hospitable to women. But could women also be holding themselves back?

"Research has proven that men will apply for a job that they have 70 to 80% of the skills for, and women won't apply for that job unless they have 100%," said Trish Bertuzzi, president and chief strategist at The Bridge Group. "Come on. Go for it."

Bertuzzi also had more strong words for how women in sales should perform their jobs. "Lean in, speak out, have a voice in your organization, and never use the word 'sorry.'" (This statement earned her a round of applause).

"The sales profession is probably at the most exciting time ever in history," she said. "It's a great time for women to get involved, and women are often the best salespeople."

Are there skills women bring to a sales role than men often don't? The panelists certainly thought so.

Black said women are more naturally intuitive than men, and trusting their intuition can help them succeed. Her statement received instant validation when Josiane Feigon, inside sales talent evangelist at TeleSmart Communications, said she built her coaching practice largely on intuition, which was "fairly right on."

Walton brought up a different aspect. "I think one of the things women do really wonderfully is bring a level of intimacy to a relationship with a customer that’s incredibly effective," she said. "Top saleswomen achievers at Thomson Reuters bring their whole self to the client relationship, and that level of intimacy differentiates them.

"I would encourage all women not to try to be like men," Walton continued. "Just bring your whole self as a woman to your relationships with clients."

Are you a woman in sales? What are your keys for success?