The Science Behind Video's Sales Superpowers

“The medium is the message.”

Media analyst Marshall McLuhan popularized this quote in “The Medium is the Massage.”

No, that typo isn’t a mistake. McLuhan originally intended for the book’s title to say “Message,” but the typesetter made an error and the book was mass-produced with “Massage” on the cover. Instead of requesting a change, McLuhan said, “Leave it alone! It’s great, and right on target!”

McLuhan teaches us the medium which the message comes through is every bit as critical as the message itself.

The medium of video continues to prove its capability of transmitting supremely rich messages beyond the powers of written text … without troublesome errors from any inattentive typesetter.

Here are the scientific reasons video can play a powerful role in the sales process.

Before going into the science surrounding video’s power, let’s look at how we got to where we are today.

The ‘80s and ‘90s introduced us to early email, powered by the world’s first commercial Internet Service Providers:

Don’t lie, I know you can still hear that “You’ve Got Mail” alert perfectly when you see this: 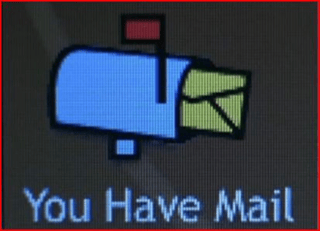 With the rise of these platforms and their email capabilities, sales teams everywhere got previously unthinkable access to new prospects.

Experts are uncertain of when it began exactly, but it is widely believed sales teams everywhere began shotgunning templated sales emails around the same time grandmothers began firing chain letters to their grandchildren.

Fast-forward about 15 years, and we’ve evolved to spot this type of templated communication and ignore it.

We’ve gotten dark in our emailing practices because we know we can hit hundreds or thousands of people in mere seconds. It takes much more time to get personal with a video.

But text has limited power in transmitting your message, whereas video appeals to human beings on multiple biological levels.

Playing on your Emotions: Mirror Neurons

Mirror neurons are a special type of brain neuron that imitate an emotion or action you observe in somebody else.

They’re the reason it’s hard to glare at somebody who is smiling at you and why you laugh when somebody else is laughing.

A recent Australian study found even seeing a smiling emoji can appeal to your mirror neurons and elicit a smile.

When you send a prospect a video message with enthusiasm, sincerity, and a welcoming smile, their brain will start firing the same positivity you’re expressing to them.

Your Brain on Video: Speed of Processing

Video is processed by the human brain 60,000 times faster than text.

Considering that the average person’s attention span has substantially waned in the last 10 years, quickly getting your message across is key.

Here are a few more fast facts about video:

Media Richness: Effectiveness of your Communication

The Media Richness theory developed by Richard L. Daft and Robert H. Lengel in 1986 states the richer the medium, the more effective it will be at communicating the message. 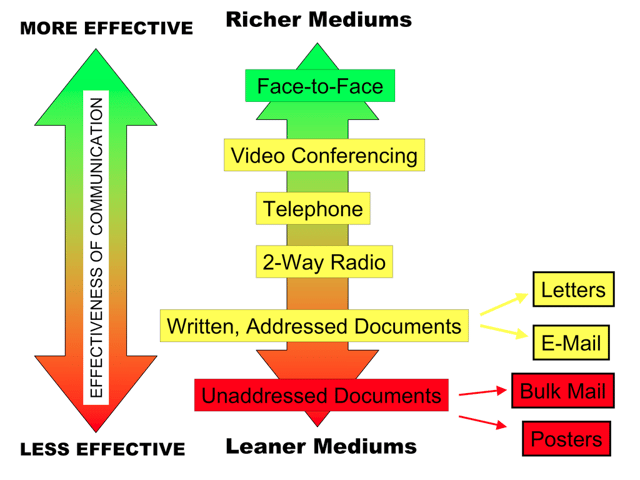 Based on Daft and Lengel’s findings, the most powerful medium is a face-to-face conversation. In this interaction, both parties have access to the full arsenal of communication tools:

Since you can’t always have a face-to-face conversation with your prospect, video conferencing (or video messaging) is the best alternative.

Nearly everything that’s possible with a face-to-face conversation is also possible when you communicate with video, a rich medium that leaves minimal room for ambiguity.

As for a lean medium like a templated email? Well, it’s below two-way radio on the chart! You’d be better off communicating with your prospect via walkie talkie.

“Is your business experiencing problems with sales? OVER.”

Using video provides prospects with a high-fidelity look at who you are and what you have to offer,. And thanks to mirror neurons, whatever emotions you convey in the video, the prospect is likely to experience on some level too.