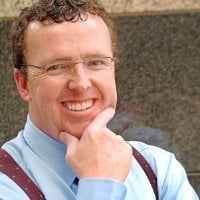 This strategy helps you prevent stalled deals, which I define as an opportunity in your pipeline or forecast that has not moved in the last 90 days. Stalled deals also include prospects who haven't replied to your emails or returned your calls in several weeks.

One of the best ways to prevent stalled deals is to become a decision maker’s Emotional Favorite™: The person they prefer to do business with.

There are two primary ways of becoming a decision maker’s Emotional Favorite. While you can get there with only one, it’s best to use both ways. That way you won’t be unseated by someone who comes along later and uses both.

Have you ever noticed that the more you have in common with a decision maker, the faster they return your calls, the easier the conversation is, and the more information you get access to -- all of which prevents stalled deals?

Think of it this way: Aspirations are what you really want to accomplish in life, values are the things you are not willing to give up to make those things happen, and interests are things you do along the way. To speed up the process, don't just sit around waiting to learn something about a decision maker. You have to make the first move, and then see if there is something in common you can build on.

The Emotional Favorite is the person a buyer calls first, regardless of what they need. Think about the last time you purchased a product or service. When you picked up the phone, did you call the person who helped you in the past? Did you seek out the person who adds value to your business or your career every time you ask for their assistance? Chances are you did. The fact of the matter is, most people do.

One of the best ways to be more valuable is to solve problems unrelated to what you sell. My preferred way of doing this is to end every phone call or meeting with questions outside of your existing sales-professional-to-buyer relationship, because by default, the decision maker will answer in terms of your products or services.

Start with something like, “Forget about what I do for ABC Company for a minute,” and ask:

Since this blog post is about four ways to prevent stalled deals, here are three other ways you can do that:

If you’re interested in other ways to prevent stalled deals I suggest checking out Tom Batchelder’s site StalledDeals.com. He’s been teaching his stalled deals strategies since 2007. There you’ll find his ebook on “Getting a Response to Stalled Deals” -- no registration required.

I’m intrigued by how salespeople treat their best customers differently. Maybe if we treated all our prospects the way we treat our best customers, we’d have an entire portfolio of best customers. Strive to become each and every decision maker’s Emotional Favorite, and you can make this a reality.

P.S. Once you ask a prospect or customer a question, shut up and listen! When they stop talking, wait six seconds and listen to what they say next. First they’ll tell you about the problem. Then, if you don’t interrupt them, they will tell you how the problem impacts them and the rest of their organization. If after six seconds they don’t provide more detail, simply repeat the last two or three words they said with an inquisitive voice and they’ll provide more detail. Try it -- you’ll be amazed how well it works!

The Complete Guide to Sales Contracts: 6 Templates to Shorten Your Sales Cycle

43 Questions to Create a Sense of Urgency