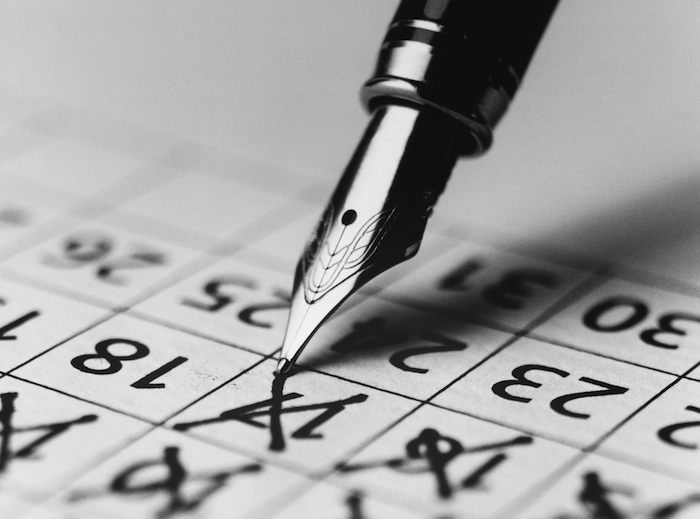 I’ve taken on plenty of new roles throughout my career and had the pleasure of working with more than 50 new sales leaders, so I’ve come to understand the anxiety and excitement pumping through the veins of the newly minted sales leader. You never know exactly what you are stepping into, but someone thinks you can fix it, accelerate it, or blow it up and rebuild it.

I’ve learned that taking on a new sales leadership role is really similar to managing a sales process -- which is good, because it's something we’ve done before. If sales leaders can think about their new role in this way, the steps towards building trust and value become clearer.

When I had the great fortune to join HubSpot eight months ago to head up Sales, I approached my new responsibility with the framework I describe below in mind. I learned some of it through working with great people, and some of it through missteps and good luck.

It’s a three-step framework, and while the timeline will vary depending on the specific situation, most sales leaders can complete this ramp up process in six months.

Any good sales rep will tell you that the secret to building a strong relationship with a prospect is asking well-researched and hopefully thought provoking questions before making recommendations. A new sales leader has the same responsibility. They should spend significant time up front learning as much as they can about the current state of the sales function, with genuine curiosity. It’s okay to have a hypothesis or two that you want to validate, but don’t burden yourself or the new team with too many assumptions.

And just like in a sales engagement, the discovery process is where you build trust. In my experience, salespeople are skeptical when it comes to change. So the quickest way to create friction as a new leader is to tell the team how to do the job without understanding what it means to be a rep in that culture. That's why you start with questions; because at this point, it’s your interest that matters -- not what you know.

But I’ll suggest one important caveat: a new sales leader shouldn’t be shy in making their values clear right off the bat. The foundational elements of your leadership style and value set aren’t going to change in a material way no matter what team you’re tasked with leading. If your core values don’t align with what’s being asked of you in your new role, turn and run, quickly. Think of it as a two-way discovery process with your new sales team: you’re learning everything you can about the current state, and the sales team is learning about your core beliefs and values.

While the amount of time a new sales leader spends in this stage depends on the maturity of the current environment, the growth trajectory, and the complexity of the sale, you’re doing yourself a disservice if you spend less than a quarter on discovery. Three to six months has historically felt comfortable to me.

During discovery, a sales leader should spend most (but not all) of their time within the sales organization, observing and learning. But in the second stage -- alignment -- they should venture outside of Sales to learn, build relationships, and advocate on behalf of their team to begin building enterprise value.

After you’ve done enough discovery that you feel comfortable diagnosing problems and opportunities within Sales, it’s time to start aligning resources to make things better. Oftentimes, you’ll have identified a quick fix or win and find that other functions are willing to step in and help make a few important changes. Sorting out a path to get some uplift builds credibility across teams.

Just as you’ve built trust within the sales team during the discovery stage, the alignment stage helps you build trust externally. Don’t make demands of other departments -- forge relationships and find out how you can support each other in meeting company goals. There is often unspoken history that will create headwind, so don’t expect it to be easy. Fixes might involve changing process, adopting new technology, or founding cross-functional working groups to address hot spots. Keep an open mind when engineering solutions together, and be transparent about your objectives with all stakeholders.

This step doesn’t require quite as much time as discovery. I’d shoot for one to two months.

Alright, you have a solid understanding of the current state, and are starting to build trust and alignment across functions. Now what?

It’s time to propose a vision -- a compelling future state that balances emotional pull with solid financial grounding. In this stage, focus on getting the sales team and the executive team on board with your strategy for achieving this future. It’ll need to be equal parts visionary and tactical -- enough vision to create a rallying cry, and enough execution to provide a clear path to success.

Remember to build in quick wins (achieved within weeks or months), along with your expected mid- and long-term wins. The small goals and team victories dotting the path keep enthusiasm going for the big goal at the end of the road. And this is often fairly easy to do when you’re new to an organization, as you can spot short-term opportunity with fresh perspective.

The vision stage is the shortest of all -- developed throughout your first six or so months but delivered in a few hours! The rest is execution and iteration, with a little innovation thrown in along the way. But at this point, you should be excited by the prospect of working with your new team to achieve audacious goals, and if all goes well, they should be similarly stoked to be working with you.

10 Things I Wish I Knew Before Becoming a Sales Manager

Want a Promotion to Sales Manager? Do These 5 Things Every Day