The One and Only Reason Sales Leaders Miss Their Target

It’s not a lack of leads.

This is the (vastly misunderstood) delta that separates the top 20% of your sales force from everyone else, creating a performance bell curve that looks like this: 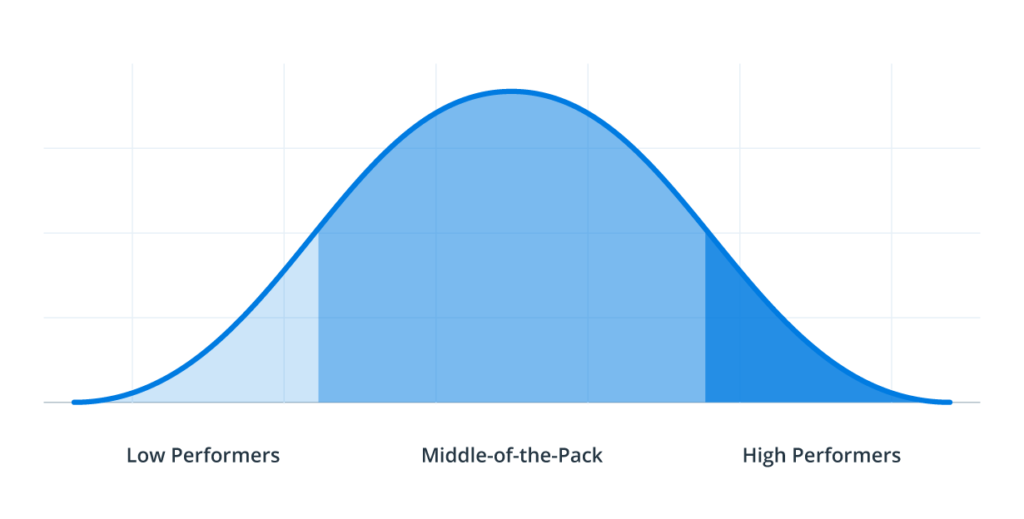 This divide wreaks havoc on your ability to make your number, your cost of sale, rep turnover, and even your job tenure as a sales leader.

And here’s the big kick in the pants …

Across most sales organizations, this gap is actually getting wider, not smaller. 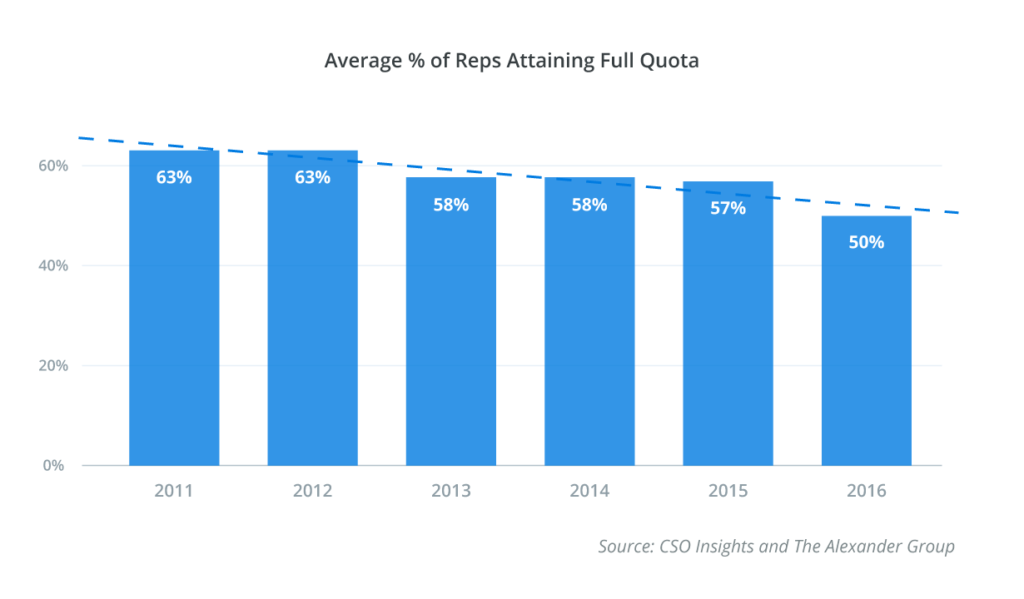 Despite this, annual quotas continue to increase from year to year (7.5% per year for the last two years, according to Sibson Consulting).

Ask yourself: Do you expect next year’s number to be bigger, smaller, or about the same?

Here’s What This “Gap” Is Costing You

This delta between performance echelons has some pretty horrific costs when you examine it more closely. 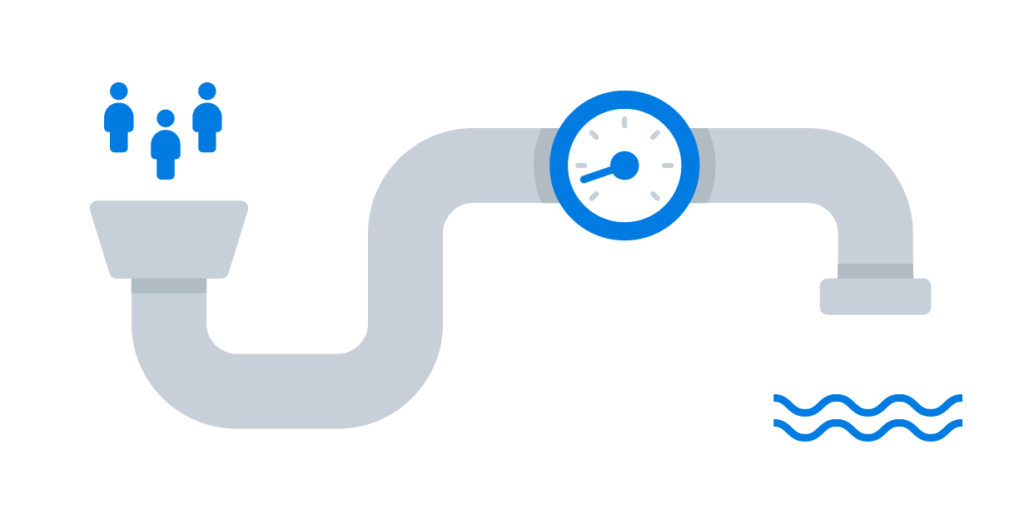 The fact that most of your sales force is performing at a “B level” (which is usually around 80% of quota) means hundreds of qualified opportunities are poured into the pipeline but fail to materialize into revenue.

Think about the volume of qualified deals that would close if every rep that makes up your “middle of the pack” had just a 5% higher close rate?

As someone with a vested interest in ensuring leads eventually close, thinking about this makes my stomach churn.

Your Cost of Revenue Soars

Middle of the pack performers, of course, do close deals. But they have to wade their way through many more lost deals than star performers before they finally get a win.

And the deals they do win have longer sales cycles and smaller average values.

These factors combined drive up your cost of revenue. More leads are required to get smaller deals over a delayed period of time. 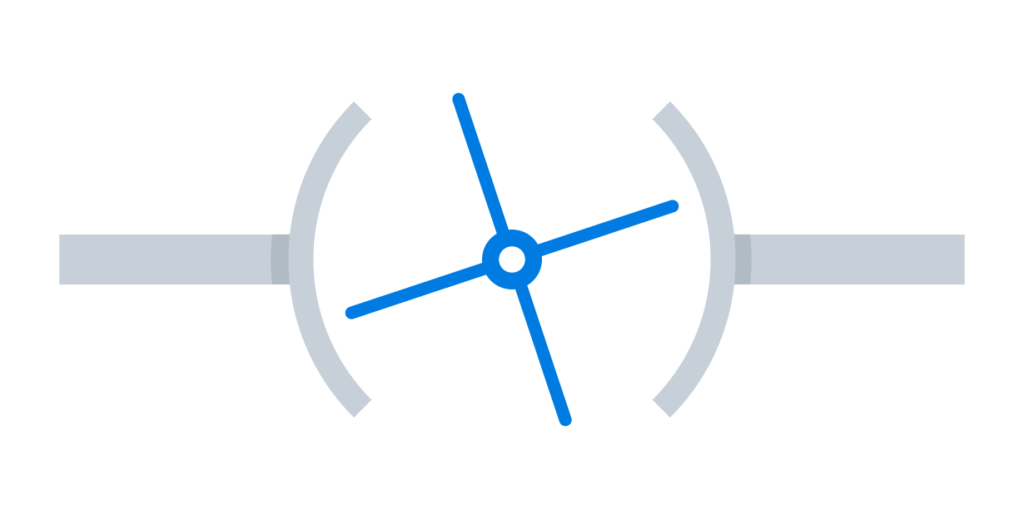 26% of rep turnover is due to missed quotas.

That becomes an incredibly costly problem when you account for hiring costs, compensation, severance, and the hundreds of wasted, dead-in-the-water deals.

That’s a number any VP of Sales or CEO should be concerned about.

Your middle 60% salespeople are, by definition, reps who have high potential but haven’t yet figured out how to operate consistently at that level.

Introduce consistency to your middle-of-the-pack, and you can go anywhere you want.

Sales Leaders Are Getting Fired Over This

The downward quota attainment trends discussed earlier are happening at the same time that the sales leaders’ average tenure is shrinking.

Once standing at a healthy 26 months, it’s now made its way down to just 19 months. 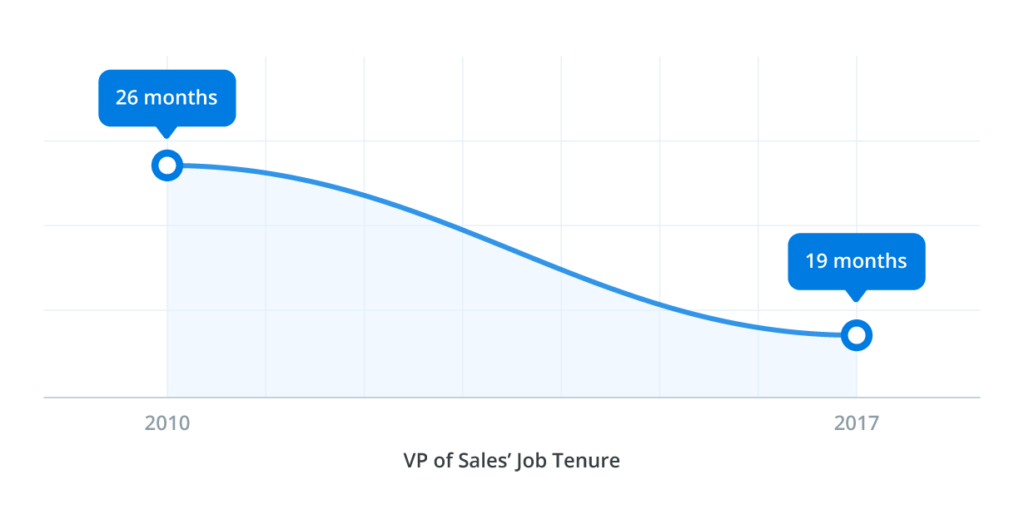 Any seasoned sales leader will admit the widening performance gap and a dwindling sales leader tenure are strongly intertwined.

Your ability to consistently grow revenue as a sales leader will rise and fall on how well you can shift the middle of this performance bell curve. 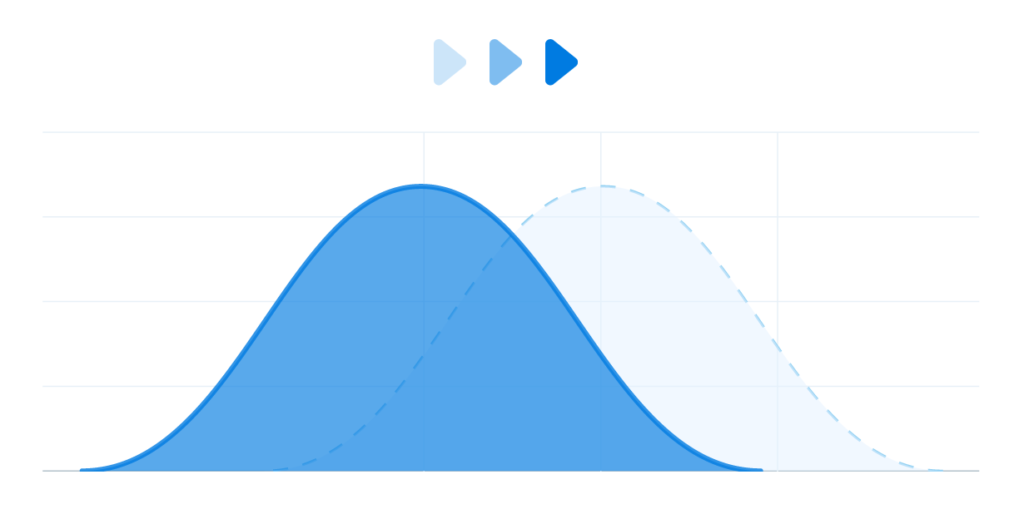 That’s where the leverage lies.

Focusing on your “A players” is important for the sake of retaining them.

But they have much less room for improvement, and they make up a small population of your sales force. As a result, there isn’t much leverage.

The real goal should be to isolate your star performers’ successful behaviors and scale them to the rest of your team.

Focusing on your “C players” is misdirected effort.

It’s a hiring problem, not an effectiveness problem. You can’t coach or train away a poor fit for a job.

If someone is performing significantly below what’s acceptable, the focus should be on placing them in a role that suits them better.

Getting to the Root of the Sales Performance Gap

The gap is a problem as old as the sales profession itself -- because conventional approaches fail to address the root cause of the problem.

In my next post, I talk about why the gap exists and the single factor that separates your star salespeople from the rest of your team. This will give you the foundational insight to be able to solve the problem.

So, I have a strong recommendation for you as a next step: Read this next post.

We’ve established “the gap” is a glaring problem that needs to be solved.

In this next post, we’ll address the root cause of the problem, which is step one in solving it. Without this knowledge, nothing you do is going to work.

Let me repeat: Conventional solutions will fail if they don’t address the root of the problem. Check out the next post, and I’ll talk to you soon.