Why Salespeople Should Never, Ever Talk About the Competition 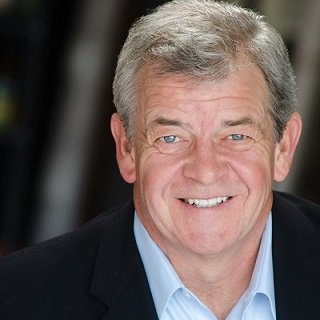 Maybe I'm jaded because my adult beverage of choice happens to be Bud Light (my craft beer snob/aficionado friends make fun of me for that) but every time I hear any ad with "Bud Light" mentioned, my first perception is that it's always a Bud Light commercial.

Probably not the result that Miller intends.

Similar situation: While in the car, only paying about 15% attention to a radio commercial, I hear "McDonald's ... McDonald's ... McDonald's" repeated over and over. While I love Big Macs, I generally avoid them in the name of health and waistline. But in this moment I envision -- and almost taste -- that greasy double burger with the delightful special sauce. I turn up my attention to what's being said, and, I realize ...

... it's actually a Hardee's commercial!

Their apparent goal was to suggest that McDonald's is just for kids, or some other nonsense.

Or think about political election seasons. The attack ads run nonstop. But the more I hear someone's name -- even in an attack ad -- the more I become familiar and curious about them.

These are examples of how lampooning, smearing, or even mentioning the competition can backfire.

I've long espoused a policy that discussing the competition voluntarily in a sales engagement is a bad idea.

Denigrating them is certainly out of bounds. It only serves to bring attention to them, adds credibility to their position, and gets the person thinking about them. You might even reinforce the prospect's reason for using them. And, insulting the prospect's vendor -- especially if they choose the company personally -- slaps them in the face as well.

If these possibilities for backfire even remotely exist, why mention the competition at all?

Let's look at the technique found in some sales books (perhaps written by people who haven't sold much). When a prospect says, "I'm already buying from ABC Company," these authors recommend that the salesperson respond with, "Oh, what do you like best about them?"

Proponents claim that helps you learn the prospect's selection criteria.

Yeah, I thought that at one time, too. Until I used it and the prospect said, "Well, let me tell you about ABC Company. They're great. They'd run through a brick wall for me. I'd do the same for them. They've been there when I needed them. They've pulled me out of jams. They make me look good. We golf together. They broke the mold after that guy was born."

I thought I might have seen a tear trickle from his eye. Heck, I even wanted to buy from my competitor after I heard that.

And the worst part was, I prompted this response. Sure, the prospect already had those feelings. But he wasn't thinking about them until I asked.

And then by reliving those feelings, he was selling himself further on my competitor. I should have received a thank you note from the competition!

What To Do Instead

The most common situation where sales reps get dragged into talking about the competition is when the prospect is already buying from someone else, and you'd like to grab some, if not all, of that business.

So instead of prompting them to voice compliments and further reinforce their positive feelings, get them talking about deficiencies. What they want. What they're not getting.

And here's a new favorite I just came up with a couple of months ago when someone said they were satisfied with their existing vendor:

"That's great. Most people I speak with are. But what would take you from just satisfied to absolutely delighted?"

Notice that all of these questions are assumptive. They assume that no one is perfect, including their existing vendor. That's a pretty safe guess.

Another safe question to use when discussing the competition: "What criteria did you use when selecting your current provider?"

Then you can follow that up with variations of the others I mentioned. For example, "And where haven't you received everything you expected?"

Of course, it's always good to let the prospect express their dissatisfaction when they volunteer it. Here's what I mean:

Prospect: "We just weren't that satisfied with the last guy we had in here doing training."

Salesperson: "Oh, why was that? Tell me more."

The answers would tell me what to say, and what to avoid.

A Big Mac washed down with a Bud Light sounds pretty good right now. Thanks, Miller Lite and Hardees, for the reminder.

Reverse Auction: What It Is & How to Crush It in Sales

How to Win Against the Competition

7 Ways Sales Reps Can Stand Out From the Competition