How to Buy Yelp Reviews [A Case Study] 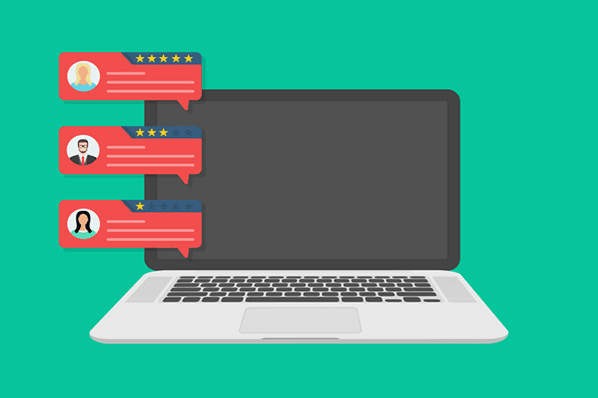 You have an amazing business. You've worked incredibly hard to create your products or services, hire an unstoppable staff, and build a company you're insanely proud of.

You should have a great reputation. But you don't. In fact, you have no reputation at all.

The hard truth is, no matter how wonderful your company is, no one is going to even know it exists without some online reviews. According to an infographic by Invesp, 90% of customers read online reviews before deciding to buy from a company. The same infographic also states that an increase in your rating of one star leads to a 5-9% increase in your business's revenue -- and in the terrifying reverse, one negative review can cause you to lose 30 customers.

Basically, reviews matter. Customers trust other customers more than they trust businesses. However, it's frustrating when you know customers would love your business, if only they were recommended to try it.

These frustrations are what lead many small businesses to consider buying Yelp reviews. It seems like the perfect solution to help drive more business through your door. However, it actually isn't so perfect. In fact, that decision will most likely lead to Yelp punishing you.

Instead, we'll later show you some of the ways you can generate real positive reviews, without crossing the line of what is ethical. However, if you're still curious to hear just how you can buy Yelp reviews, read on.

How to Buy Yelp Reviews

1. Have your company craft the false reviews.

You could create a fake account and write them yourself. This is tricky; in order for them to seem genuine, you can't sound too fervent about the company. A Yelp review with eight gushing pros and zero cons would definitely raise some eyebrows. So, you would unfortunately need to add in some negatives, too. But, hey, no company is perfect, so that shouldn't leave too much of a stain on your reputation.

2. Incentivize customers to write them.

You could pay customers or offer them incentives in exchange for their writing positive Yelp reviews. This one might slip under the radar more than the first option, since it involves real Yelp users who have actually used your products or services. However, an influx of wildly positive reviews and five-star ratings from an assortment of customers might also tip off Yelp that something questionable is occurring.

3. Pay a third party to write them.

You could also pay an online service to write your Yelp reviews for you. According to this New York Times article, there are some groups like Mechanical Turk, owned by Amazon, that have posted positive reviews about some businesses -- or negative reviews about their competitors -- in exchange for a very small sum. Not only is this promoting very cheap labor (most of the polled "Mechanical Turkers" were based in India and making an hourly wage of $2 to $3), but this, too, is bound to raise some red flags based on how adoring the reviews are.

So, what's the magical fourth way to successfully and legally buy Yelp reviews?

Well, it's by not buying them.

With any of the above options, there is a great chance that the reviews will be filtered out by Yelp and that, if you have a suspiciously large amount of said reviews, your page will be flagged.

How Does Yelp Punish Fraudulent Reviews?

According to another New York Times article, Yelp is laying down the law when it comes to businesses manipulating reviews in their favor. It started out tracking down these businesses in 2012, when it was common for businesses to post ads on Craigslist hiring elite Yelp reviewers to write positive reviews for them. In this first investigation, Yelp caught eight businesses redhanded.

Nowadays, Yelp uses a foolproof algorithm to analyze each review and filter out any that seem to be fake, according to Reputation Stacker. It uses several data points in this process, and the key to its algorithm is never revealed which prevents businesses from being able to "break the system."

Yelp would rather be safe than sorry. Thus, some genuine reviews are actually filtered out, as well. It's almost impossible to do anything fishy on Yelp without it alerting the system and causing a careful inspection of your page. Likely, Yelp will move those reviews to a second page that is rarely checked and, simply, a waste of the money you spent in the first place.

The worst possible scenario is when Yelp deems you unfit to carry on with your shady manipulation. According to the Yelp Support Center, Yelp began their Customer Alerts program back in 2012. The program was instilled to give a warning to businesses who are caught trying to incentivize Yelp users for reviews, pay for third-party sources to write reviews, write several reviews under false accounts, or threaten reviewers with legal action in exchange for positive reviews.

When Yelp deems you warning-worthy, a large, red warning message appears over your review page that informs any users about your scheming and may even direct them with a link to the reviews. This warning will remain on your Yelp page for 90 days and will then be taken down, given you are no longer partaking in false reviews.

Not only is this in offense of the Yelp rules and regulations, but it is also against the Federal Trade Commission and its guidance on regulating advertisers. Under this guidance, if a customer writes a review of a product or service that is false, the company is required to write the actual expected review of the product or service. In addition, any reviews written by customers who received incentives or payments in exchange must be clearly disclosed as paid endorsements.

Long story short: Yelp is always on the prowl for deceitful activity, and it is highly unlikely that you can escape the wrath of the law when buying reviews.

So, what's the next step?

How to Generate Positive Yelp Reviews

We have essentially vetoed the idea of buying Yelp reviews, but that doesn't mean there aren't many ways to create an honest, positive Yelp review page for your company.

The important thing to note is that, according to Practical Ecommerce, even a mere solicitation could be considered fraud on Yelp. That includes any instance of outright asking a customer to write a Yelp review, even if you don't indicate whether it be positive or negative or offer any incentive in return.

So, we have compiled a list of the following options on how to get more Yelp reviews in an ethical manner.

1. Add a link to your email signature, website, and social media. 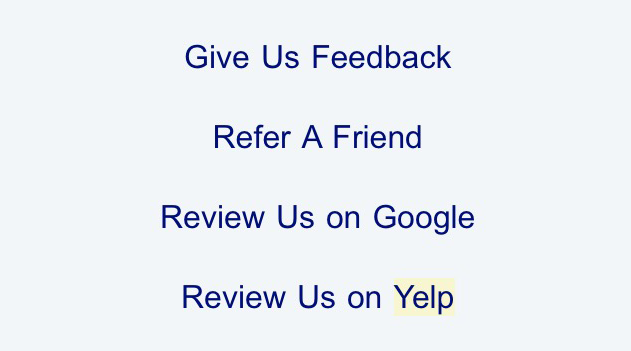 The easiest way to get more organic reviews is to simply link to your Yelp page wherever possible. Add a link at the bottom of your email signature (like this yoga studio does in their emails to me), include a Yelp widget on your website, and throw a link in the bio lines of your Twitter, Facebook, Instagram, and more.

Since straight up asking for Yelp reviews is not allowed, you should never word it as "Write a Yelp review about us." Instead, beside each link, write something like, "Check out our Yelp page!" or "See what our customers are saying on Yelp!" The direct link will encourage more of your customers to click through. And, once they're already on your Yelp page, it's highly likely they will contribute their own review.

If you have a base of long-term loyal customers, why not mention your Yelp page to them? You should never tell them to write a review, but encouraging them to check your Yelp page can't hurt, especially if they've had positive experiences.

Since they are so devoted to your company, they would probably write a review for you in a heartbeat. The best part is, since they love your company, they will take the time to write a thoughtful review, highlighting the (hopefully many) pros and (hopefully significantly less) cons. And it's okay to have cons; after all, every business has room to grow, and it also will let Yelp know that the reviews are probably genuine.

A great way to authentically show off your Yelp page is by requesting a Find us on Yelp sticker. For businesses who have truly earned their stripes, Yelp will issue out a special "People Love Us on Yelp" window cling.

A great way to show how transparent and polite you are as a company is by actually addressing your negative reviews. Because, let's face it, every business is going to get some negative reviews. And the worst thing you can do is ignore them.

Start by responding promptly. Apologize for any inconveniences the customer has faced and admit mistakes your company may have made. Try to offer a solution to their problem. You should be speaking like a human, not a bot, to show that your company really cares about each and every review, whether it be good or bad. By proving that you genuinely want to improve your business based on customer feedback, customers will be more likely to trust your company and appreciate your honesty.

This may sound self-explanatory, but the best Yelp reviews don't need coercion or recommendations. They occur when a customer is so delighted by your company's products or services that they want the rest of the world to have that same experience.

The point is that you shouldn't be serving customers with the underlying intentions of getting them to write a fantastic review of you. Instead, simply provide great products and services, plus memorable customer service, and do so without the expectation of any favors in return. It's the humble, high-quality, and transparent companies that succeed the most.

For further reading, check out our post on some other customer review sites.

How to Respond to a Google Review: The Ultimate Guide

How to Request a Testimonial From a Client [+ Email Templates]