How to Handle Customer Complaints to Build Greater Loyalty

How many times has one of your customers approached you with an issue or a problem? For instance, "I purchased this product from you and it does not work." Or, "I thought this product had feature X, but I found out it doesn't, and I want to return it." Or possibly, "You told me my order would arrive on Wednesday, and it didn't come until Friday." 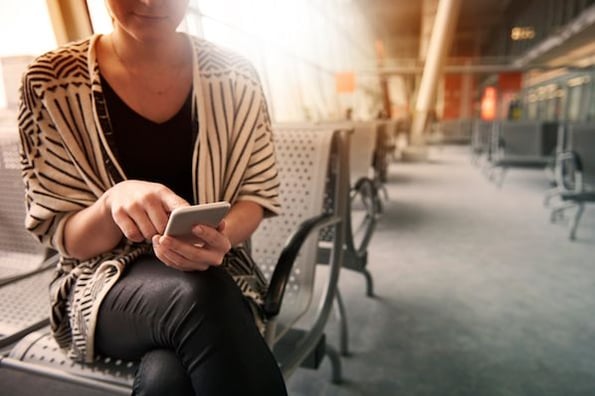 Situations like these happen every day in business. Often, we find ourselves threatened -- or at least uncomfortable -- when a customer approaches us with a complaint or problem. Our discomfort can be exacerbated if the customer is temperamental or distressed in some way.

In spite of this, how you handle these types of situations can have a huge impact on the strength of your customer relationships.

When I conduct focus groups or individual interviews with highly loyal customers across a broad spectrum of different industries, I consistently find that what creates loyalty is the absence of perceived risk.

When I speak with a client's truly loyal customers, I find they are completely confident that, every time they deal with our client, they will have a great experience, and -- in those rare cases when they do not -- they have absolutely no doubt the company will take whatever steps are necessary to immediately rectify the situation.

When I speak with customers who do not consider themselves loyal to a client, I get a completely different impression. These customers speak about inconsistency -- sometimes they have a very good experience, other times they do not. "You never know what you are going to get," is a comment we hear often.

These conversations with customers highlight a key point: Loyalty doesn't come by "delighting" customers or "exceeding their expectations."

Rather, it comes from consistently delivering on your value proposition=. In this context, problem resolution is really an opportunity in disguise -- it's a way to build trust with your customers when inconsistency of execution inevitably rears its ugly head.

How Customer Complaints Can Impact Loyalty

Let me illustrate this with some analysis we did a few years ago for an internet ecommerce retailer:

I surveyed approximately 1,000 respondents who had placed an order with our client in January 2014. I then divided these respondents into three separate groups:

1. Those who reported no problem with their purchase

2. Those that had a problem with their purchase that was not resolved to their satisfaction when they first reported it to our client

3. Those that had a problem that was resolved to their satisfaction when they first reported it to our client

For each group of customers, I monitored their subsequent purchases from our client over the next three months. So, what did I find out?

Those customers (as a group) who did not experience a problem spent on average about $100 with our client in the period February through April. Those customers who experienced a problem and did not have a satisfactory experience with customer service when they reported it did not just sit around and moan. They substantially reduced their expenditures to an average of $20 over the subsequent three months -- an 80% reduction.

One of the things that I have found helpful in improving the customer problem resolution process is to proactively call back any customer who has reported an issue to make sure the solution proposed has worked for them. For example, suppose a customer has called customer service to report an inaccurate shipment, and the rep has told them a revised shipment will be sent to them and they should receive it by Tuesday. Having the rep call the customer back on Wednesday just to make sure they received the new shipment significantly enhances customer satisfaction.

Finally, we also found that satisfaction with customer service can differ significantly by:

1. The time of day the customer calls

2. The day of the week the customer calls

3. The reason for the customer's call

Over the course of my time working with one client, for example, I found that customers who called between 8:00 a.m. (when the call center opened) and 4:00 p.m. were significantly more likely to be highly satisfied than those who called after 4:00 p.m. (the phone center closed at 8:00 p.m.). More detailed analysis indicated that the client scheduled their staff based on seniority. As a result, the more experienced customer service representatives received first choice of when they preferred to work. Since most of them did not want the "evening shift," customers who called later in the day were much more likely to speak with an inexperienced rep.

For another client, I found that 70% of the calls to customer service occurred on Monday and Tuesday of each week. Callers on these two days of the week were therefore much more likely to experience longer "hold times" than those who called later in the week. As a result, satisfaction scores were generally lower on Mondays and Tuesdays.

At another business I worked with, customer service representatives were unable to access order status online. Order status could only be obtained by calling the factory with a specific order number and waiting for someone at the other end to track the order down. As a result, getting order status was a time-consuming and error-ridden process. Customers calling to inquire about order status were typically placed "on hold" or told the rep would have to call them back. Understandably, the customers who called in for order status were generally less likely to be highly satisfied than those calling for other reasons.

The tendency over the last 10 to 15 years has been to regard customer service as a cost center. So, what do profit-maximizing companies do with cost centers? They try everything they can to reduce their costs. This has become increasingly easy to do with the substantial reductions in the cost of communications that have occurred over this time period.

Here's another way to think about this: Virtually everyone I know has a "Nordstrom's story." The story never goes like, "I bought this red tie at Nordstrom's, and when I went to my meeting everyone liked it." Far from it, actually. The typical person's "Nordstrom's story" involves some sort of purchase issue, and how Nordstrom's was able to quickly and effectively handle their particular problem for them.

The choice is yours. What kind of stories do you want your customers telling about you?

Get daily articles delivered right to your inbox.