How to Fire a Customer the Right Way 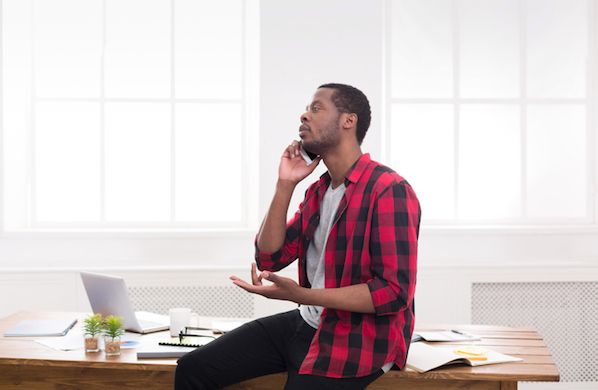 Yes, you read that title correctly. In some extreme cases, an employer is forced to make the unfortunate decision to fire a customer.

This is never a decision that can be taken lightly. In an industry that proudly prioritizes customer satisfaction, it's difficult to imagine when and why you would ever do the opposite. However, if a customer relationship is severely harming your business or hindering their growth, those ties might need to be cut.

There are no formal steps to follow, as this works on a case-by-case basis. In any regrettable situation that calls for firing a customer, you will need to analyze the specific customer, partnership, and offenses at hand in order to conclude if there is an opportunity for rectifying the broken relationship.

When Should You Fire a Customer?

Only in the most extreme of circumstances is firing a customer acceptable business practice in a B2B software company, like HubSpot. We value our customers and would do anything to ensure they have the best experiences with us and the brightest success in their own businesses.

In our world, "firing a customer" refers to cases where we, the vendor, proactively introduce the concept of terminating the relationship to the customer due to extreme outlying circumstances not covered in our terms of service. These circumstances include extreme cases of cost-of-goods-sold (COGS) overrun that you failed to predict, far-outgrown solutions that would be best handled by a new provider, or sufficiently-awful working relationships with the humans of your company.

Whatever the situations may be, they must be drastic incidents that crop up rarely. In relation to your normal, functional customer relationships, these relationships should be considered statistical outliers by all measures.

For what it's worth, firing a customer shouldn't include Terms of Service violations or other pre-agreed-upon conditions that would trigger termination of the relationship. Those are normal business practices and pretty reasonable ways to operate. The phrase "firing a customer" should only cover the outside-the-line dire circumstances that were unpredictable and couldn't protect either party.

It's often detrimental to create guidelines for these situations. These should be handled one-off at the executive level and remediated, if possible. Devising a protocol would only normalize the process, which is not something you want to ever do internally to your service culture.

3 Best Practices for Firing a Customer

Even though we don't recommend having set guidelines for this situation, there are some practices that should absolutely be taken to ensure the smoothest and most appropriate process.

1. Leave it to the executives.

The firing should be the final decision of senior leaders only. If you feel like authority to do this needs to be distributed at your company due to volume or speed of this process, you're doing it wrong. You're headed down a path that normalizes this motion and you'll never fix the root cause of why firing customers -- which shouldn't be something you do regularly because it creates poor word-of-mouth and network effects -- is now part of your standard business process.

2. Be thoughtful and personal.

Firing a customer should be a conversation held with the customer either over the phone or in-person. Email is impersonal, and written text, in general, can be misinterpreted. At HubSpot, we've actively avoided policy, boilerplate, and repeatability when it comes to firing customers. When we have difficult situations they're handled on the phone or in-person, at the executive level. Our senior leaders do a "five whys" look at how they got into that situation, with an aim to fix the root cause and remediate the customer situation to the point where they don't need to be fired.

Ideally, it's a mutual decision to part ways, and there's a point of agreement in the negotiation where both parties agree that not doing business together is the best path forward. There really is no proper language to introduce into this situation. However, you should feel that you can introduce sternness with ease, which is why this is often a job for a higher-level leader.

There is a way to be serious and stern without being outright rude. Of course, this is a serious situation and should be handled as such. However, it's critical that you don't leave the conversation on a negative standing.

Once you handle a few tough negotiations, it's easier to remove emotion from the conversation. What could end up in an emotionally-charged mess can be avoided with proper preparation and a clear end goal.

This is necessary for any negotiation, especially one in which you're trying to negotiate to a point of agreement that is often counterintuitive for a customer. It requires bringing them along, logically, to see why the relationship is no longer a fit for them. By bringing in honest facts about why this is detrimental to their future success, they can leave the conversation feeling quite possibly disappointed, but definitely understanding of the circumstances and ready to move forward for the sake of their business.

To reiterate, each case is wildly different. Every decision on this matter should be considered and discussed carefully, and, ultimately, leaders should only make this decision if a customer relationship is hindering their company's ability to help other customers succeed.

The point is, you should always love your customers and want to help them spread their wings and fly. Sometimes, letting go of one toxic customer relationship means improving the health and longevity of others. And, that is a win.

Next, read this post on diffusing an angry customer.

12 Top Reasons to Get a Customer Support Job, Straight from a Rep