Net Promoter Score vs. Customer Satisfaction: Which Customer Loyalty Metric Should You Use? 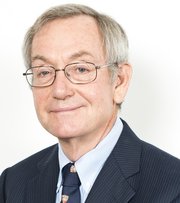 In the fall of 1995, Earl Sasser and Tom Jones discussed the importance of top-box customer satisfaction score.

This was followed in 2003 by Fred Reicheld's concept of Net Promoter Score® -- the percentage of a company's true advocates ("9" and "10" on a 10-point recommendation scale) minus its detractors ("0" through "6" on this same scale).

Given these two different approaches, a key question for customer success management is "Which is the better metric?" The purpose of this blog post is to address this question using data collected from two separate B2B companies.

The data spans four countries -- the United States, the United Kingdom, France, and the Netherlands -- and is covered in-depth in "Capturing Loyalty: How to Measure, Generate, and Profit from Highly Satisfied Customers." We begin by defining four characteristics of a customer loyalty metric, and we then use the data from these countries to see how well each metric meets our criteria.

We define four characteristics of an effective customer loyalty performance metric for a business:

1. The metric must correlate with relationship strength and actual financial outcomes or Customer attractiveness.

If the metric does not distinguish which customers of a company are its most profitable from those which are less profitable, it makes no sense for management to pay any attention to it. This ability to differentiate between levels of profitability is a necessary, but not sufficient condition for a loyalty metric.

2. The metric should focus the organization on the appropriate direction for improvement.

A good metric will identify those customers whose satisfaction, if improved, will result in the largest increase in company profitability.

3. If management's goal is to improve performance on its chosen Loyalty metric then that metric should have as small a variance as possible.

Since loyalty metrics are typically measured through customer surveys and market research, these will be estimates each with its own margin of error. The smaller the margin of error, the easier it is to detect performance changes, either positive or negative, over time. This is particularly important in a B2B context where customer lists can sometimes be very small.

4. If a metric is to be valid, then improving a company's score on the metric should result in improved financial performance.

Both Customer Satisfaction and NPS do a solid job of predicting current levels of customer profitability.

Both Customer Satisfaction and NPS do a solid job of predicting current levels of customer profitability.

In the case of Customer Satisfaction (using a 5-point scale where "1" is Highly Dissatisfied, "4" is Satisfied and "5" is Highly Satisfied), we find that the "5s" are significantly more profitable. Additionally, there's only a minimal difference between the profitability of a "1" or a "2" and that of a "4." Stated somewhat differently, "5" is all the counts when it comes to Customer Satisfaction.

Analysis of NPS results in a similar conclusion. Promoters ("9's" and "10's") are clearly the most profitable, but there is a limited difference between the profitability of a Detractor ("0" through "6") and a Passive ("7" or "8"). In this case, being a Promoter is all that counts.

The performance of Customer Satisfaction and NPS begins to diverge when we look at the issue of driving change. The "top-box" Customer Satisfaction approach focuses on shifting "4's" to "5." "4's" are not only the easiest group to shift to "5," and they typically constitute the single largest portion of a company's Customer base -- other than those that are already at "5."

In the world of NPS, across the five comparison studies that we have done (in four different countries), we consistently found that the "7's" and "8's" constituted the single largest portion of our client's customer base (other than those that were already "9" or "10"). These are clearly the easiest group to shift to "9" or "10" -- and where they payback is the greatest.

In addition, it is much harder to measure metric change in an NPS world than when a company focuses on top-box Customer Satisfaction. As was noted above, customer loyalty metrics typically use survey research techniques to measure the degree of relationship strength that a company has with its customers.

Statistical techniques involve creating estimates, each of which has its own margin of error. Top-box Customer Satisfaction involves one random variable (or estimate), the percentage of a company's customers that are Highly Satisfied (i.e. Percent "5").

NPS involves two random variables, Percent "9" or "10" and Percent "0" through"6." As a result, in practice, NPS estimates are approximately twice as variable at top-box Customer Satisfaction. This makes it harder to identify meaningful change over time. As noted above, this is particularly important in B2B situations where companies tend to have a smaller number of customers than, say, a restaurant chain or a big box retailer.

Finally, changes in top-box satisfaction are much more closely associated with changes in financial outcomes than is the NPS metric. In the case of top-box satisfaction, the only way the metric can increase is by getting more "5's." This typically comes about by shifting "4's" to "5." For an office products internet retailer, we found that a "5" was 29% more valuable than a "4."

A metric that sends such conflicting signals is one that managers might question before adopting -- and, if it's adopted, the scores should be segmented according to different products or areas of the business to minimize variability and pinpoint areas of improvement.

Since the objective of management is to improve customer loyalty, you might find that top-box customer satisfaction is a more reliable metric to track over time.

Want more? Read the ultimate guide to customer loyalty next.

A CCO Explains How to Run a Successful Ecommerce Loyalty Program

What Is Customer Goodwill? [Definition + Examples]