Situational Crisis Communication Theory and How It Helps a Business 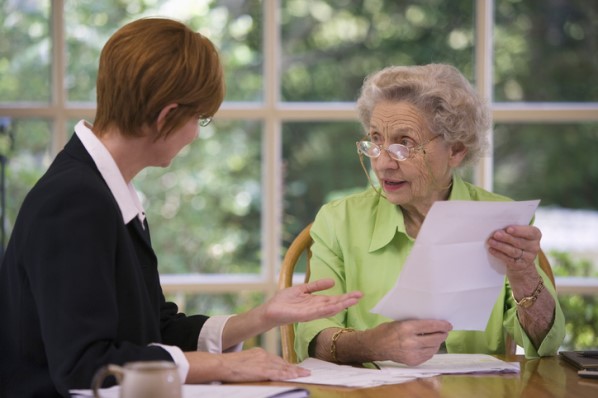 Every business faces crises, and while many are avoidable, it's likely that your business will get swept into one eventually. This is because many crises aren't the fault of the organization. Instead, uncontrollable factors can create unanticipated situations that force your business to respond immediately.

When a crisis does hit, it's easy to panic. However, it's important to remain calm and remember your plan for handling the situation. Often times, it's how an organization handles a crisis, and not the crisis itself, that determines its reputation moving forward.

Communication theorist, Timothy Coombs came up with a theory to better understand how an organization should communicate in response to a crisis.

What Is a Crisis?

According to Coombs, a crisis is a negative circumstance involving an organization and its stakeholders, such as employees, customers, and investors. In these situations, the business needs to interpret who was responsible for the crisis and how the issue will affect the stakeholders' relationship with the organization.

This type of crisis occurs when the organization is perceived to be a victim of the crisis. For example, a victim crisis can happen when the organization is rumored to be at fault — like when Tylenol was wrongly accused in 1982 of poisoning seven Chicago-based people. Instead, the deaths were actually caused by a killer lacing Tylenol with cyanide in stores. Tylenol nearly took the blame for a crisis that they had no way of preventing.

A more common example of victim crisis is natural disasters. These events can destroy the physical infrastructure of a company, leaving it with no facility to conduct its business. In cases like these, a victim crisis presents the organization with little to no reputational threat because the situation is unavoidable and the company has no way of preventing it.

This occurs when the organization is at fault for the crisis, but its actions were unintentional. An accidental crisis can occur when an organization faces product or equipment failure —like when Samsung had to recall the Galaxy Note 7 in 2016 due to batteries catching on fire and exploding.

Additionally, accidental crises can occur when an accuser challenges the organization. One example of this when Starbucks was sued for underfilling their lattes. While this may not seem like a pressing issue on the surface, these crises can still cause significant damage to your brand's reputation. Even if they seem trivial, it's important to address these crises quickly before they have time to escalate.

This occurs when the organization intentionally takes a risk that leads to a negative outcome or event. An example of a preventable crisis occurred during the 2010 Haitian earthquake when the American Red Cross raised $500 million, claiming to use the funds help 4.5 billion people “get back on their feet.” However, instead of investing the money into Haitian infrastructure, the organization only built six permanent homes.

A preventable crisis is the worst possible threat to an organization because there is a high reputational threat to the business. In these situations, there's immense pressure placed on the organization's response as well as their actions moving forward after the crises. While the brand may take measures to resolve the situation, it's extremely difficult to rebuild your reputation after one of these types of events.

Based on these three crisis types, Coombs was able to create the Situational Crisis Communication Theory.

The Situational Crisis Communication Theory (SCCT) identifies response strategies that organizations can use to handle a crisis. It's based on who was responsible for causing the crisis as well as how significant the threat is to the business's reputation.

SCCT outlines a path for crisis communication, but the business still determines what actions they'll take based on the situation. Not only is SCCT based on the organization's understanding of the crisis, but also on their pre-conceived notion of how stakeholders will respond to each type of response.

To plan for stakeholder responses. there are four main crisis response communication strategies.

This strategy aims to rebuild relationships with stakeholders by redeeming the organization's reputation. This is achieved by taking responsibility for the crisis and offering apologies or compensation to those affected by the outcome.

Rebuild crisis strategies should most frequently be used in response to accident crises, especially when the organization has had a history of similar crises and/or has developed a negative reputation in the past. Rebuilding strategies should also always be considered for preventable crises where stakeholder relationships may be permanently damaged. While it may take more time to rekindle the relationship, these actions will mark the first step towards that recovery.

This strategy works to minimize the amount of responsibility placed on the organization. This is achieved by offering excuses for or justifying the company's actions.

Diminish crisis strategies should most frequently be used in response to victim crises where the company is not at fault for the issue. If used in response to accident crises, diminish crisis strategies should be used when the organization has had no history of crises and has a relatively positive industry reputation. For smaller crises, this strategy can help businesses minimize the negative effects of the situation while still avoiding taking unnecessary fault.

This strategy completely re-assigns the blame away from the organization. This is achieved by confronting the accuser(s) for their invalid accusations, claiming that there is no crisis, or blaming another party for the crisis.

Deny crisis strategies should be used in victim crises when the organization is faced with rumors or accusations that harmful, but not true. Rather than rebuilding the relationship, it's best to confront the cause of the crisis immediately to avoid further escalation. It's important to keep in mind that this strategy is only effective if your business is truly at no fault for the situation.

While each of these strategies is predicted to be effective in the specific crises laid out, it's impossible to know exactly how stakeholders — and the overall public — will react to an organization's chosen response. So, it's important to prepare not only for the public's response to the crisis but also for their response to your follow up actions.

How SCCT Helps Your Business

You may be thinking, this is all great, but how does SCCT actually help my business in the long run? Can't I just tailor each crisis communication strategy to the specific crisis at the moment?

These are great questions. SCCT can save you time and headaches by ensuring a smoother crisis response when and if your business faces a crisis. In addition to a short-term response, below are a few examples of the long-term benefits SCCT can provide for your company.

1. It helps you practice and prepare for crises in advance.

How nervous would you feel if you went into a big, important job interview completely unprepared? You haven't done any research on the organization or practiced interview questions, and you have no idea who's interviewing you. I'm guessing you'd be feeling extremely nervous and not performing at the best of your ability.

The same goes for crisis response. You never want to go into a crisis blind without having ever prepped for it. This is why it's important to role play with your team using example case studies. Everyone on your crisis communication team should be on the same page about how to immediately handle negative events that impact your organization.

2. It makes it less likely that you'll panic when an unexpected crisis arises.

It's easy to panic when facing a major crisis, especially if it's one you didn't see coming. Your nerves get the best of you, you're feeling discouraged by slashing comments on social media, and the pressure gets to your head. This is usually a recipe for disaster, resulting in a last-minute, unplanned response that makes matters worse.

When you know that you have crisis strategies laid out by SCCT, you can breathe knowing you don't have to come up with the proper response to your crisis completely from your imagination. Rather, you can reference your existing SCCT strategies to come up with a plan of action for an unexpected crisis.

3. It helps you categorize each crisis, making it easier to handle.

SCCT makes you categorize your crisis into one of three types: victim, accident, or preventable. Even if you don't have a specific plan for the situation at hand, this categorization gives you a baseline to work off of. Having that starting point to work from will make you feel like you're taking action to resolve your crisis, rather than waiting and wondering what to do next.

4. It reminds you to prioritize the public opinion.

It's vital that a company doesn't prioritize its own needs when responding to a crisis. Just as in any organizational action, the focus is on the customer's success, not the organization's.

You may believe that the best way to respond to a crisis is to immediately deny the accusations and protect your organization's reputation. However, what do your stakeholders want to hear? What's going to make them trust you again? Sometimes, that means putting aside your pride and taking responsibility for your actions, in the hopes that your honesty will regain their loyalty.

For more information on crisis management, read about how businesses can be threatened by different types of crisis.

6 Crisis Communication Plan Examples & How to Write Your Own [Template]