If you work in customer service, or follow the latest in technology news, then you've likely seen a number of articles heralding the arrival of bots. And, as the conversation continues to unfold around this emerging technology, it's hard not to wonder what to make of it. Many people are just learning now what a bot is, let alone understand how or why they should be using it. 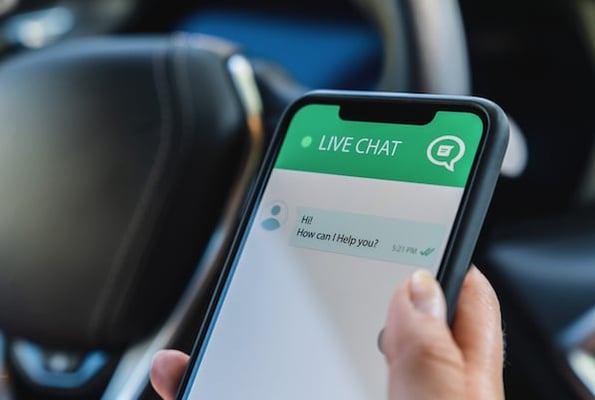 But the potential for bots is pretty enormous. If tech innovators and bot start ups have their way, there's a good chance bots will significantly impact your online life, and the way you do your job.

In this post, let's review what bots are and how this technology is affecting the future of customer service.

Bots are software designed to automate tasks and functions at your business.

The most popular types of bots use conversational UI and interface with an existing messaging application. They help users find information and complete tasks in a seamless, automated way through text-based commands — like typing out: "Hey, Pizza Hut bot! Send me a large pepperoni pizza" and the pizza shows up at your door 30 minutes later.

What Is a Chatbot?

Chatbots are software that automates live chat services. They're capable of sending and receiving messages, transferring real-time conversations, and looking up service information for customers. This technology improves the customer experience by making your support team more accessible to current and potential buyers.

In North America, the best known example of a messaging app is Facebook Messenger. WhatsApp, also owned by Facebook, features bot integrations, too. And, the list doesn't stop there. In fact, there are a number of messaging apps and platforms — Slack, Twitter, etc. — investing in a bot platform and ecosystem. But for the sake of simplicity, our examples will focus on Facebook Messenger.

Time to connect the two concepts: Let's say a third party company, like Lyft, creates a bot that interfaces with Facebook Messenger. When a user needs a ride, she can message the Lyft bot and order a car to pick her up directly through her Facebook Messenger app. In other words, she doesn't need to switch to the dedicated Lyft app to use Lyft's service.

Facebook also encourages companies to build their own bots on its messenger platform. Why would companies want to do such a thing? Facebook's incredible reach and user base. With a bot integration, any company can provide services to over 900 million active Facebook Messenger users.

And, by creating its own bot platform, Facebook instantly made its Messenger app stronger — who wouldn't want to order a pizza, book a flight, talk to a customer service rep, and chat with their best friend all on the same application?

Where Are Chatbots Most Used?

According to Comscore, there are 1.5 million apps available in the Apple Appstore. But, in this increasingly crowded landscape, most smartphone users can't be bothered to add new apps to their phones. App downloads have slowed to a trickle in recent years, and today, the average smartphone user downloads zero new apps per month.

Comscore also calculated that 80% of a person's screen time is typically spent looking at just three apps. And, this space is increasingly dominated by big players — as of April 2016, nine out of the top 10 used apps were made by Google and Facebook.

App leaders like Facebook want to guarantee that people spend most of their time in their apps. So, they're placing big bets on aggregating content and collecting bot integrations to keep users active and engaged.

Here's an example from a grocery store called Jasper's Market.

Another place where bots are now commonplace is company websites. Many businesses have added bots to their live chat service to create an automated, frictionless online experience.

Take HubSpot, for example, and it's chatbot named, "HubBot." This bot can set up meetings, connect users to support reps, and answer questions about products and services. 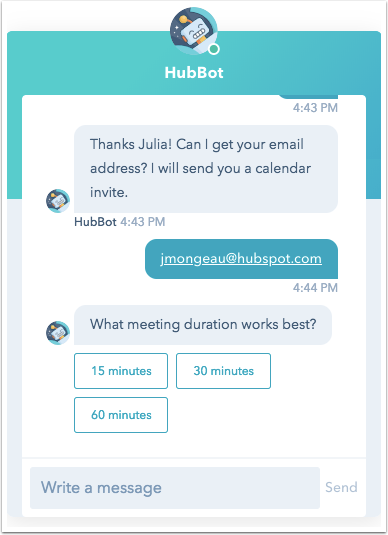 Not only do chatbots help service personnel keep pace with customer demand, but they also foster customer success and prevent potential churn. Bots allow you to offer 24/7 customer support, so you can assist customers even when your team isn't in the office. This can make all the difference when you're dealing with unhappy customers who need you to respond even though your business might be closed for the day. Rather than making them wait — and potentially losing them to a competitor  — bots expand the bandwidth of your support team and make your business more accessible to your customer base.

Use Cases for Bots

As more businesses adopt bots, their use cases will not only have a significant impact on users, but they'll also open up a new channel for businesses to reach a larger audience. In fact, brands are already exploring the following use cases.

1-800 Flowers and Spring have made it easy for customers to shop for their products via Facebook Messenger. Both companies created simple conversation bots that direct buyers to the right locations or products, depending on the nature of their request. 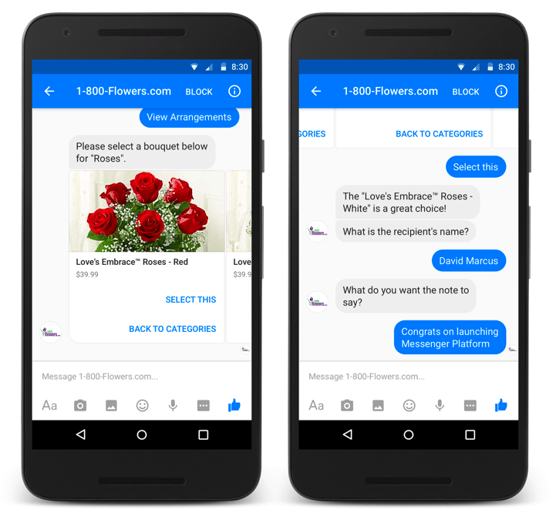 Brands can also extend customer service into the Messenger app. In this use case, the buyer experience is very seamless, as all the details of their transaction appear in the same conversation thread. 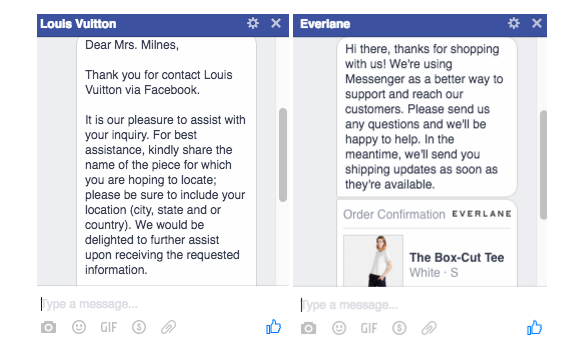 Bot enabled customer service can extend to other verticals beyond ecommerce, too. In fact, even those dreaded interactions you have with your cable or internet provider can be simplified by bots, according to University of Toronto professor Joshua Gans.

In an article for the Harvard Business Review, Gans recounted an interaction he had with a customer service bot from Rogers — a broadband Internet service provider in Canada. Gans noted that because of Facebook Messenger's historical record keeping, he didn't have to restate his problem when a new service representative took over his issue. There was also no need to re-enter account numbers when a different service agent picked up his conversation. On top of that, Gans also noted that the conversation felt personable and friendly, which can make a big impact on the overall customer experience.

Below is one excerpt from his conversation. 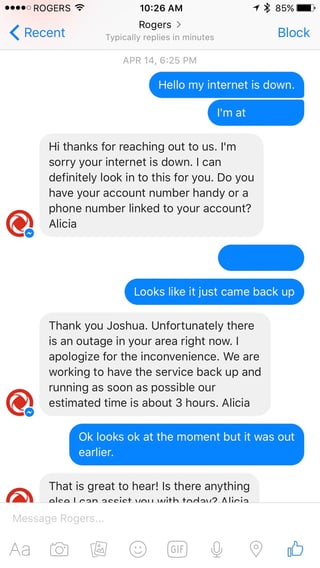 Facebook Messenger users will be able to summon content on demand via the Messenger app. This will be yet another channel content creators can utilize to connect with their readers. But, the platform is ad free so content distributors will have to consider how to monetize their bot integrations, if at all. 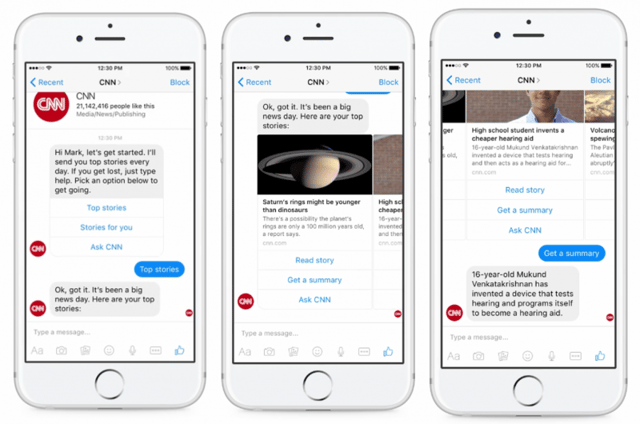 Rather than go to a search engine or a topic-specific app, users can interface with bots to get answers to their questions. Topics can range from the weather outside to diagnosing illnesses and everything in between. 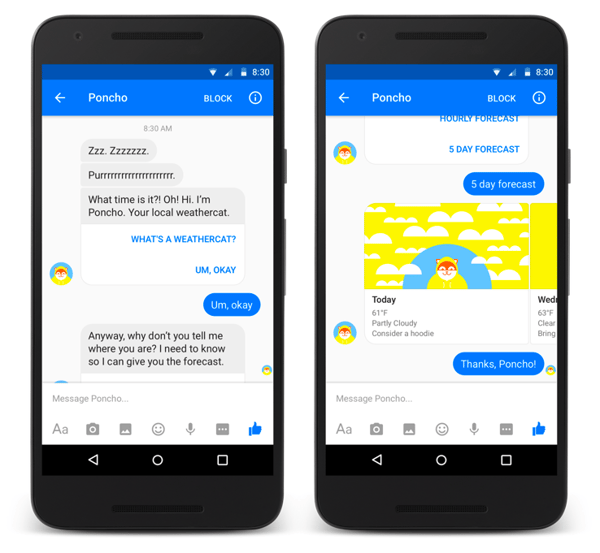 Marketing teams have already started using bots to create buzz and promote upcoming product releases. Adam Rosenberg, a writer for Mashable, shared his conversation with a bot created to promote the video game Call of Duty. The game's publisher posted a YouTube video that linked to the messenger bot and teased the potential to uncover a special game code if people interacted with the bot. 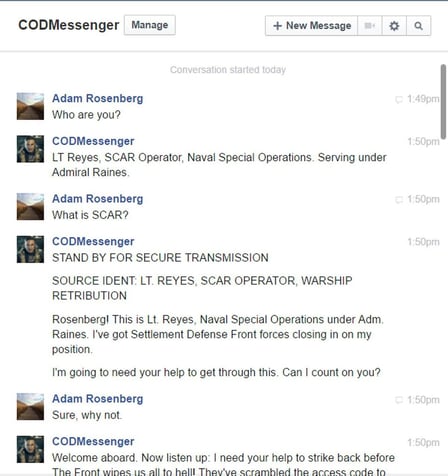 This is a non-Messenger example, but it points to how businesses follow consumer behavior trends.

Slack is a business messaging and communication platform that has grown  significantly over the past few years, and, part of that success is due to its extensive bot store.

A number of startups have created enterprise class business, marketing, and sales enablement bots to help professionals get their job done — including Troops, which recently raised $2.6 million dollars to connect Salesforce to Slack. 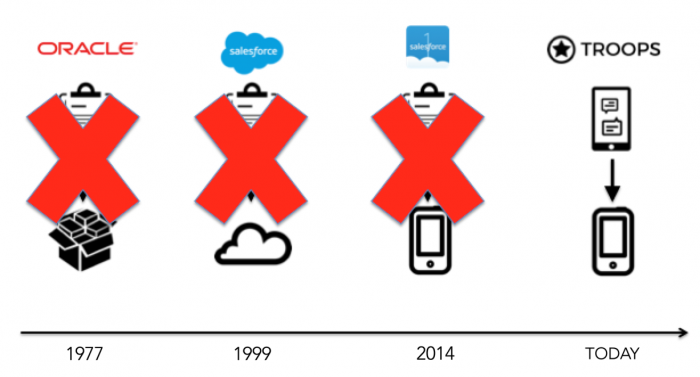 As Facebook rolls out its Facebook at Work service, we expect similar enterprise apps to appear on its platform. HubSpot, for example, has its own integration that allows you to connect its chatbot to Facebook Messenger.

When You Shouldn't Use Chatbots for Customer Service

There are moments in the customer journey where a chatbot isn't appropriate and the customer needs to speak with a human rep. No matter how smart or sophisticated your chatbot is, it can't replace the experience someone will have when interacting with another human being. When customers are upset or need urgent help, it's more reassuring to have a human present, than a chatbot. 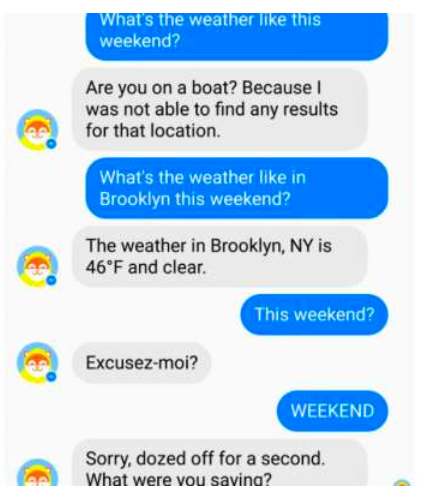 In this conversation, the user is asking the chatbot what the weather will be like this weekend. The chatbot clearly has some trouble identifying the user's location which leads to further complications between the bot and the user. After the user clarifies their location, the bot still has trouble completing the user's request.

At this point, the bot essentially has two options. It can continue to try to solve the customer’s problem  — and risk adding more friction to the experience — or, it can transfer the conversation to a human rep. In this case, it should transfer the conversation because the customer is looking for quick information and the chatbot is becoming more of a roadblock than an aid. If the customer was connected with a human rep, they could easily find the information they’re looking for and go on with their day.

Below is another example of a chatbot fail. 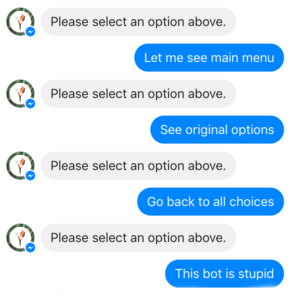 If you’re going to provide a chatbot, then it’s important to understand the limits of this technology. While it's constantly improving, you can't expect your bot to fully replace a human rep. When the bot reaches its limit, your team should be ready to step in and help the customer achieve their goals in a timely manner.

Proof Points: What Is the Playbook?

It's important to note that Facebook, Slack, and other messaging services based predominantly in the West are not breaking new ground when it comes to pushing bot adoption. In fact, they're mostly replicating a playbook pioneered by China-based technology company Tencent, that created the messaging app, WeChat, specifically with bot enabled integrations in mind.

The strategy led to WeChat becoming one of the most dominant platforms in the region. WeChat has been staggeringly successful in Asia, but has limited penetration in Europe and the Americas. A select few organizations, with Facebook at the forefront, are now placing big bets on bots and racing to capture the North American and European markets first.

The scope and breadth of WeChat's bot integrations are impressive. WeChat's extensive bot ecosystem provides an example of what we may expect to see in the future if more service providers and businesses start integrating their services into bot platforms. Famed Venture Capital firm, Andreeson Horowitz, has an incredibly informative guide to WeChat's success and penetration in China, providing some interesting use cases that we may see in the future.

Below is one example of how you can schedule video call with a doctor on WeChat. 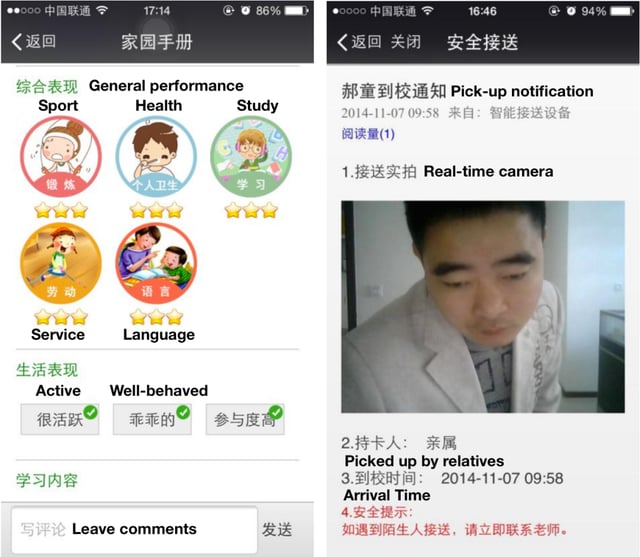 Horowitz observed that bot-enabled apps like WeChat took off because Asia-based internet users prefer having apps that include multiple functionalities. In contrast, apps in the West developed as very specific, siloed tools that do only one thing. The big question is will western consumers adapt and embrace apps chock full of capabilities, or will they reject them in favor of point solutions?

Obviously, companies like Facebook, Microsoft, and Twitter, among others, are betting big on bots, but there are some counterpoint opinions. Needless to say, it is still early — many have noted that bot technologies have not been sophisticated and the rollout has been rocky. But now you're primed on bots, and you can watch (and make business plans) as the technology develops and improves.

For more information on bots, find out if consumers prefer chatbots or humans.