> Give me the goods, already! 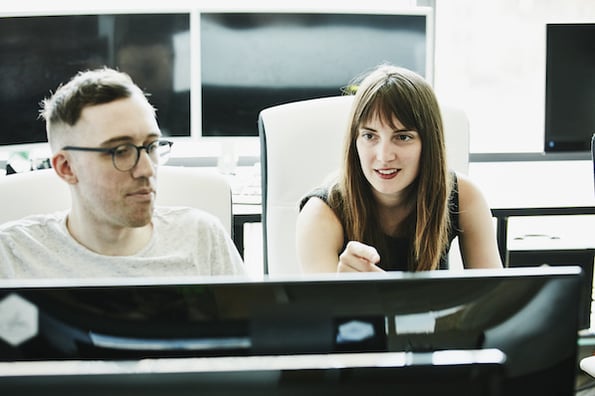 If you’re new to the world of Java programming, you might have a lot of questions. You might even be confusing it for JavaScript. It’s understandable — like any programming language, Java can be daunting when you’re just getting started.

From mobile applications to web apps to big data technologies, Java is everywhere. Developers are passionate about Java for its scalability and high performance due to some of its features. According to GitHub, Java is among the three most popular programming languages in use today, which might explain why there are so many Java compilers on the market.

So, what is a Java compiler, and why do you need one? In this post, we’ll answer those questions, then we'll round up 22 of the best options available.

What is a Java compiler?

A Java compiler is a software program that converts your basic Java text into a platform-independent Java file. This file can be run on any platform that supports the Java language.

If you write Java code, then you need a Java compiler. While you could technically write Java code without a compiler, it would be very difficult to run or debug your code. Manually reformatting your Java files would take a lot of extra time and effort, and is prone to errors.

Popular Java compilers include GCJ, Eclipse, and the aptly named Java Programming Language Compiler. You can read our assessments of these compilers, and many others, in the roundup below.

What is IDE in Java?

IDE stands for “integrated development environment” and refers to the software that developers use for building and programming applications. Ideally, your IDE is a source code editor, a local build automator, and a debugger all in one. Some are, of course, more robust than others.

The Java IDE is no different, and should provide you with the tools you need to compile and run your final Java program. If it doesn’t do that, we’ve compiled a list of 22 Java IDEs for you to find the right one for the job.

There are many different Java compilers available, both free and paid. Some compilers include tools for debugging and optimizing code, while others support additional programming languages or platforms. In general, it’s best to choose a compiler that’s well-supported and regularly updated. 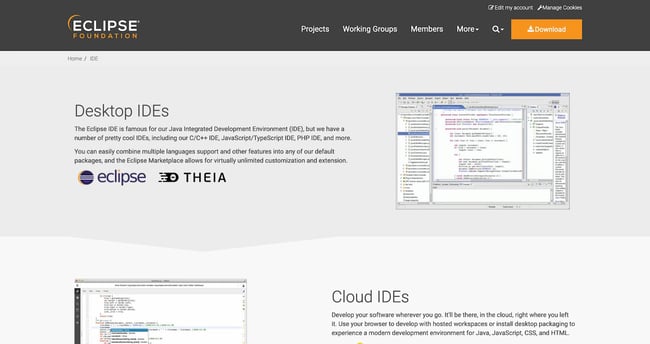 Eclipse is one of the most popular Java applications out there today, widely used by developers new and old. Eclipse is beloved for being a robust application that developers can extend due to the fact that it’s open-sourced. This makes it highly accessible, no matter what language you might be programming in. 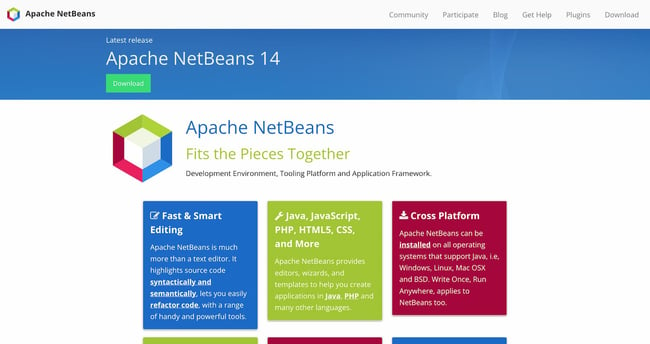 Free and open-source, NetBeans may have a funny name, but it’s made for serious Java developers. Architecture, built-in tools, and modules are all feature-rich and user-friendly. Developers are especially drawn to NetBeans due to the fact that it can detect errors while you are writing your code and offers tooltip documentation during the process.

NetBeans is available on Linux, macOS, and Windows. 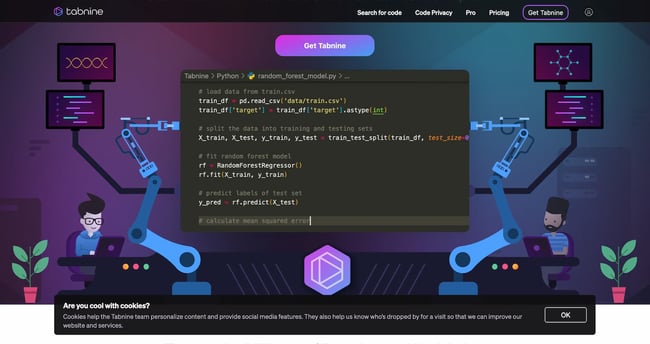 The AI assistant available in Tabninecan help automate your most repetitive code writing tasks, which can cut down on hunting through your code and lead to more productive Java programming sessions. In turn, the AIalso helps you learn — whether it’s Java or another major programming language.

One of the most interesting features of Codenvy is its multi-user remote development environment, which means you can co-work with your buddies anywhere there’s an Internet connection. Its extensions, APIs, and ease of use make Codenvy one of the most popular Java editors today. 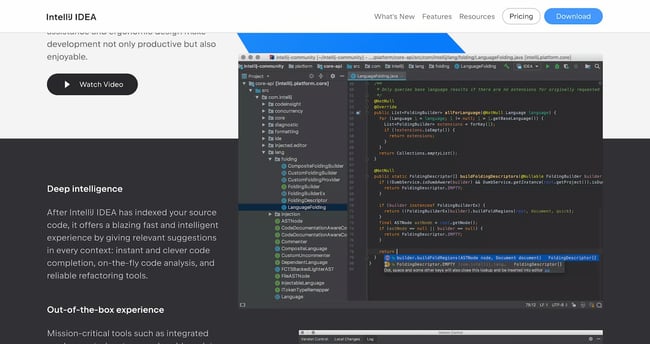 Although you can use IntelliJ IDEA for more than just Java programming, Java is IntelliJ’s focus. It’s a robust editing environment that allows you to program your application on the web, mobile, and in hybrid development environments.

Another free, open-source Java application, BlueJ offers an integrated Java development environment. It is primarily developed for Java learners and students, and is thus a great option if you are just starting out. The user interface looks good and works as expected, and you can both create and test objectsin the platform as you are developing your application. 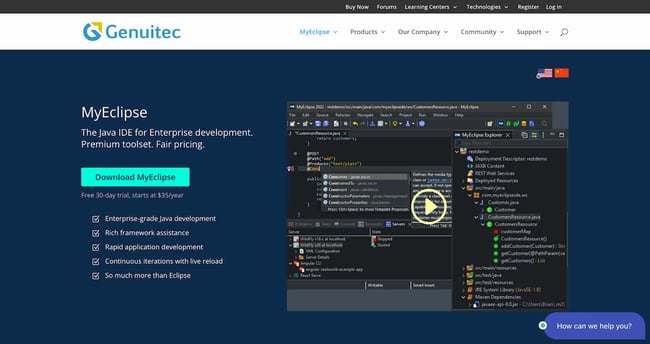 While MyEclipse may be more suitable for Java programming for enterprise-level companies, it’s a good tool to learn for exactly that reason. Get enterprise-level Java IDEA development and their premium toolset and be ready for when you land your next big programming job. 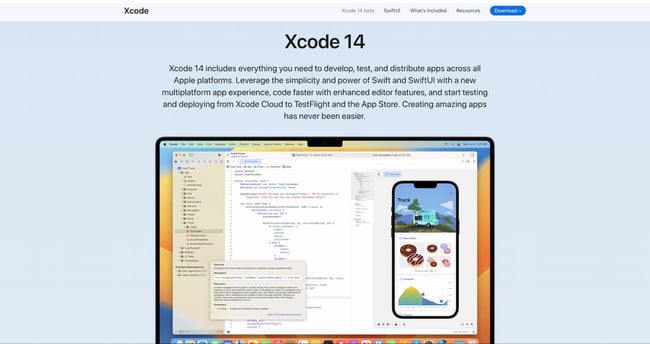 Xcode is the most popular Java editor for Mac, and for good reason: It offers great native platform support and powerful features you’ve come to expect from Java editors. Since this is Apple’s integrated development environment, you can rest easy knowing it’s stable and maintained. 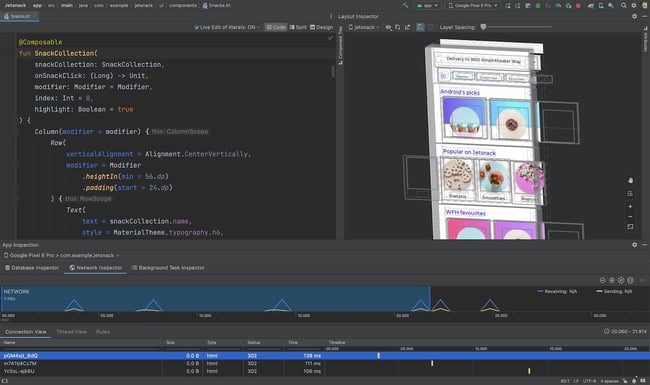 Since this compiler is straight from the horse’s mouth, there’s no reason to question its stability and speed. And its feature-rich environment makes a powerful compiler for Java programmers working specifically on Android-based applications.

More than just a Java developer, jGrasp offers control structure for programming languages from Python to Java and more. Its major value-add is its visualization of software applications and projects. jGrasp can recognize dependencies among classes. It runs on all platforms with a Java Virtual Machine available. 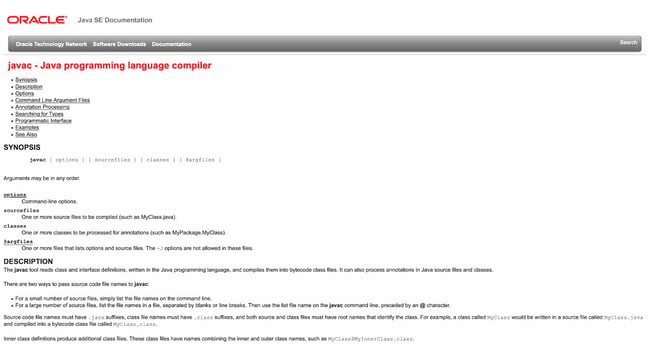 JavaC (pronounced “java-see”) is a compiler from the Oracle Technology network. It was made available in 2006, and not much has changed in the tool since. It reads class and interface definitions in Java, then compiles the code into class files for your application.

Previously known as Visual SlickEdit, SlickEdit claims to be the world’s most powerful code editor. It offers a feature-rich build environment with error markers and warnings to help you during the development process. Leave markers and return to code sections with ease, analyze symbols and navigation, enjoy powerful editing, and other tools and integration features. 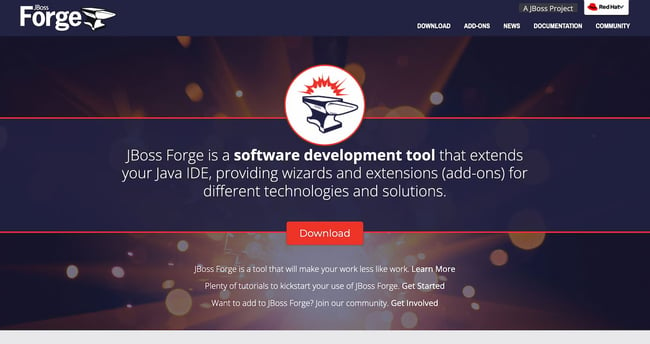 While JBoss Forge is not a Java IDEA itself, it is a software development tool that gives you wizards and add-ons to solve common programming challenges. JBoss Forge makes code writing fast, easy, and efficient. You can cherry-pick community-contributed and core plugins, from Apache Camel support, Confluence support, DevAssistant that can automate the build setup process, and more. 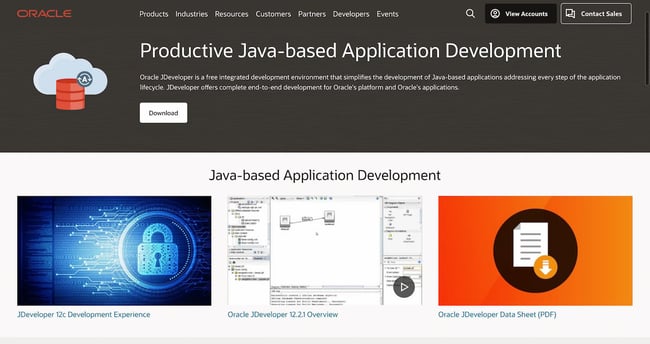 Since JDeveloper utilizes a multi-layer approach to Java Development, you can design and develop your application with less code. The visual element allows you to drag and drop the components of your application, and then extend that layer with your own code. 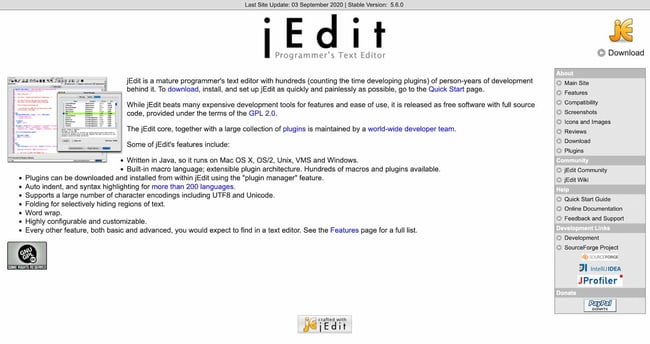 JEdit is an IDE that is written on Java and runs on any operating system that has Java support. That means you can run JEdit on Mac OS, Linux, Windows, and more. This little lightweight editor allows you to customize the editor to your liking, making it a popular choice among Java developers. 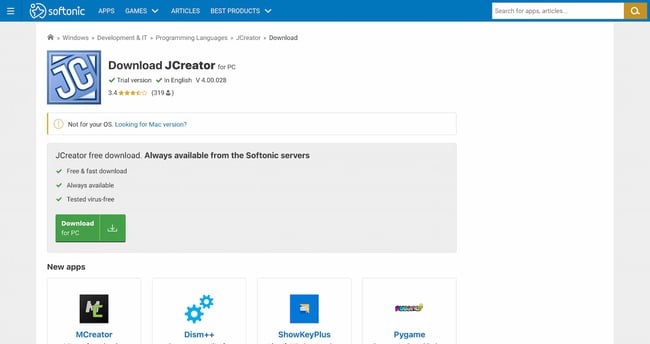 Created by Xinox Software, users of Microsoft's Visual Studio may find the jCreator IDEA familiar. Due to being programmed in C++, it is faster than many other Java-based Java IDEs. You can use jCreator not only to program your Java application but also to manage the lifecycle of the project from start to launch. 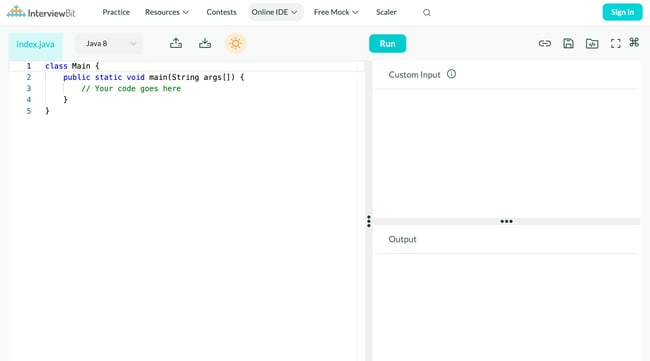 Not to be confused with CompileJava farther down this list, Compiler(Java) offers an online Java IDE that you can use anywhere. From the folks at InterviewBit, whose mission is all about preparing developers to ace their engineering interview, you can also find Java courses and other online free compilers to help you practice your programming. 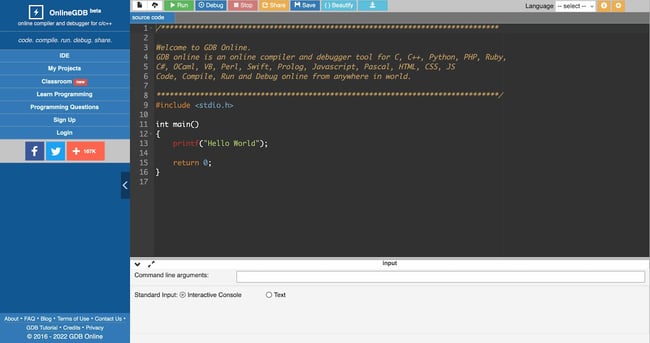 Code, compile, and run Java applications from the web! What’s better than an online development environment that allows you to write Java, C++, C, Python, and other modern programming languages? Not much. In the days of remote work, having a lightweight and accessible online compiler can be key to collaborating with project stakeholders who might be anywhere in the world.

Replit makes collaborative coding fun and easy! From its quick and easy setup to the support for more than 50 programming languages, including Java, Replit is an excellent choice for another Java IDE that offers an online editor. You can quickly start, share, and develop projects in any programming language, anywhere you have an Internet connection.

Another online Java IDE, this platform is so lightweight that its homepage just is the developer tool. Get started programming your Java application right away with this lightweight and easy-on-the-eyes editor that you can use anywhere with an Internet connection.

JDoodle also offers an online IDE for Java, plus over 75 programming languages! Support includes everything from Java to Elixir to C# to HTML and Javascript. Best of all, its online platform makes working with your teammates and peer programming easy. The compiler also offers courses and assignments to help newbie Java programmers learn the ropes. 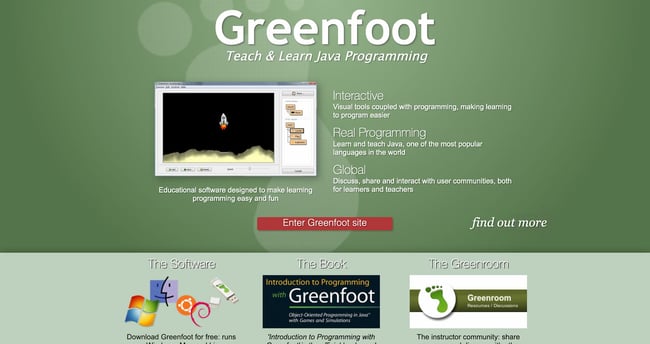 Intended for students and anyone interested in learning Java, Greenfoot is aimed at making the daunting learning process — dare we say it — fun.

In addition to the learning environment, you can meet and enjoy the company of Java programmers online anywhere. Its strong suit includes the interactive game-like learning modules, and the community-backed platform that allows teachers and students to share their ideas about improving the IDE and making learning Java easier.

Where can I learn Java?

The best way, of course, is to just dive in. But, if you need more guidance than that, here are a few places around the web that make it easy to learn Java programming: