Like many programming languages, Java has many unique and powerful tools. In addition, Java offers features that enable developers to build robust software from classes to arrays and more. Developers can manage and manipulate data collections using these features, a standard software task.This post will cover the basics of one of the most commonly used programming tools in almost every programming language — the for loop. You will learn the basics of the for loop, how it works, and how to write one in the Java language. You will see some images, videos, and code examples to help solidify the concepts covered in this post. 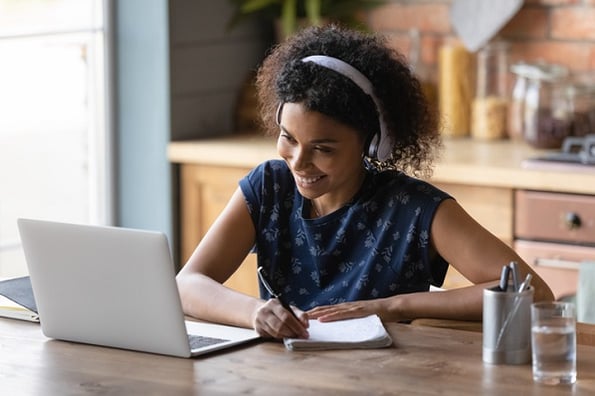 In any coding language, a for loop iterates over data collections and completes repetitive tasks. However, in Java, the for loop has several parts required to run correctly.

The for loop requires a counter used to keep track of the number of iterations the loop completes. It also requires a way to identify when the loop should end, preventing further iterations of the task provided. And finally, the for loop needs a task to complete; often, this is something simple such as counting items in an array.

Check out the image below, which illuminates the for loop structure concisely.

Next, let’s look at how to create a for loop and discuss its syntax in more detail.

How to Write a For Loop in Java

The syntax for creating a for loop in Java is pretty straightforward; it is relatively easy to understand when you break it down to its core components. However, the appearance of the for loop can be a bit overwhelming at first. Let’s address that next by reviewing the following video.

Now let’s look at the syntax with a code example of a for loop in its most basic form and break down the various parts in detail.

First, you start with the keyword for, followed by a pair of parentheses. Then within the parentheses, you need to add the arguments.

Let’s discuss those arguments next.

There are three arguments that the for loop uses to identify its expected behavior; the arguments are listed below.

Generally, with each iteration of the loop that the condition returns true, a task is completed within the for loop's body. This task — referred to as the statement — can be simple or complex with no limitations. When it comes to what you as a programmer can do within the for loop, the possibilities are endless.

Your imagination truly only binds the ways you can use for loops in your code, but there are typical tasks that software will need to complete. An excellent example of this is online video games which often have player limitations. For instance, in a game where only a certain number of players may be allowed into a match, the software must count and track players.

The standard setup for a Java program file contains a for loop that tracks the number of players in the above code. The initializer starts at zero since the match won’t start until the correct number of players gets added to the game.

As the for loop runs for the first time, it will read the player variable value as zero, then check if the condition is true. If the condition passes, it will increase the number of players and run the code within the loop's body. In this case, we are only using pseudo code to indicate the expected logic.

The loop will stop when the correct number of players gets added or if an error gets thrown. Let’s look at a popular way to catch errors before the loop starts. The industry standard is to check for possible errors before starting the for loop; a conditional test using an if statement is one way.

Furthermore, you can run checks like this from within the for loop. You can also even nest for loops within each other. For example, in the case of the previous game example, you might want to check how many players there are and how many times each player has won one of five matches.

Let's see how you can handle that.

There is also an advanced syntax that simplifies the for loop, but it does come with limitations. The following video illuminates that syntax and how to use it.

As you can see, loops bring a lot of functionality to your software, and the ways you can use them are even more robust when coupled with other Java features. One caveat is that it is possible to create infinite loops that run until it runs out of memory to use, so be careful.

You have learned a lot about for loops, their syntax, how they work and how you can use them. You’ve also seen some code examples based on real-life situations to help solidify the concepts you learned. You now have everything you need to begin exploring for loops even further.

Nothing compares to using the knowledge you gain. The best way to drive these concepts home is to start using them. Mixing the for loop with other Java features can expand your knowledge and lateral understanding of them and improve your software development process.