The Java Programming language is strict about handling data and data types. As a result, there are many different data types in the Java language, and each has specific origins and behaviors. With every kind of data, it’s essential to understand how it works and how it affects your software programming.

In this post, you’ll learn the process of converting one data type into another, specifically conversion from int to string. You’ll discover how it works, how to accomplish it, and how to use it to benefit your programming. You’ll also see some code examples of the three most common ways to do this and learn to understand the syntax for each. 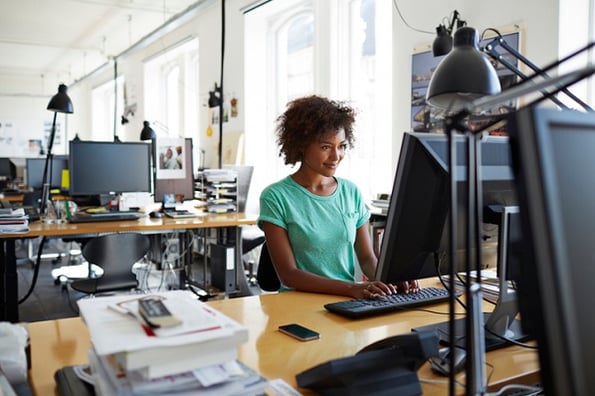 Converting data types in Java is a simple process, but it helps to understand the different ways to do it and how those ways behave. For example, converting integers into strings in java can be done in a few ways; each is accomplished differently. Check out the video below to learn more about how these techniques work.

Converting integers into strings is helpful for a multitude of different tasks, especially common for displaying data to users in a readable format. However, it is also beneficial for accessing and manipulating numerical data. In addition, string data is more flexible to work with because the string class has more methods.

Furthermore, there are other classes and methods than can be used to interact with strings since it is a prevalent data type. A great example is iterating over a character, which cannot be performed on integer data types. To accomplish iterating over a number — say to find a specific set of numbers — you would need to convert the integer to a string. After conversion you can use other methods to iterate through the string using for loops, or while loops.

How to Convert Integer to String in Java

There are a few ways to perform conversions in Java, changing integers into strings for various purposes. One way is to use the toString() method — arguably the most commonly used — of which a variant can be found in many Java Classes. Some other methods and techniques can perform this function, too; let’s look at those next. This next video shows how to convert int to string and explains why it is a helpful task to perform.

It serves to convert different types of data to a string data type. For example, the Integer class in Java has a static function named toString() that changes a given integer into a string. Let’s look at the syntax for that next.

The above line of code is simple to break down. It refers to the Integer class and calls its static function toString(). The function — or method —  will accept a number and convert it into a string. In most cases, developers pass in a dynamically defined variable or value.

Like the toString() method, you start by calling the class it’s from — in this case, it is the String class — then you chain the method you want to utilize and pass it a number to convert.

Another way to convert int data types to strings is to use the format() method, which belongs to the String class. Like the above two methods, you can call the class name and chain the method you want to utilize.

The most significant difference with this method is that it needs two parameters passed to work. It first requires a pattern that determines the format the string should be returned in, and the second parameter is the number in the form of an int or integer. Let’s look at the syntax for this method next.

This syntax is again similar to the above methods, with the one difference being the formatting parameter. Since this method can convert many different types of data into strings, it comes with several formatting options. For example, in the case of converting a number of int or integer types, you would need to pass in two symbols. The first symbol is the percentage symbol which indicates any pattern is acceptable, and the second symbol dictates what type of data it should be converting. When combined, the two symbols tell the compiler that it can accept any combination of numbers so long as they are of the type int or integer.

The concatenation technique is the last way to convert int to a string that this post will cover. It is important to note that it may behave unpredictably with certain types of numbers. However, in the case of data types, it works very well to convert into strings.

The process is relatively straightforward; you start by adding an empty string value to your number, similar to JavaScript typecasting. Then, it invokes a series of function calls to complete the process in Java. For example, it starts by constructing a StringBuilder object, then appending the integer, and finally, it calls the toString() method on the number. However, these extra steps can be taxing on JVM memory.

Getting Started Converting Int to string

The conversion of int data types into strings is a common practice that you will find yourself often doing. In this post, you learned what this process is, how it works, and why it is so helpful for you as a programmer. You’ve also discovered more than one way to accomplish this task and saw some code examples of each approach.

This subject can run very deep, and the best way to solidify your understanding of its behavior is to practice using it. The more you implement int to string conversions in different ways and push the boundaries, the better you will understand the operating limitations of its operations.